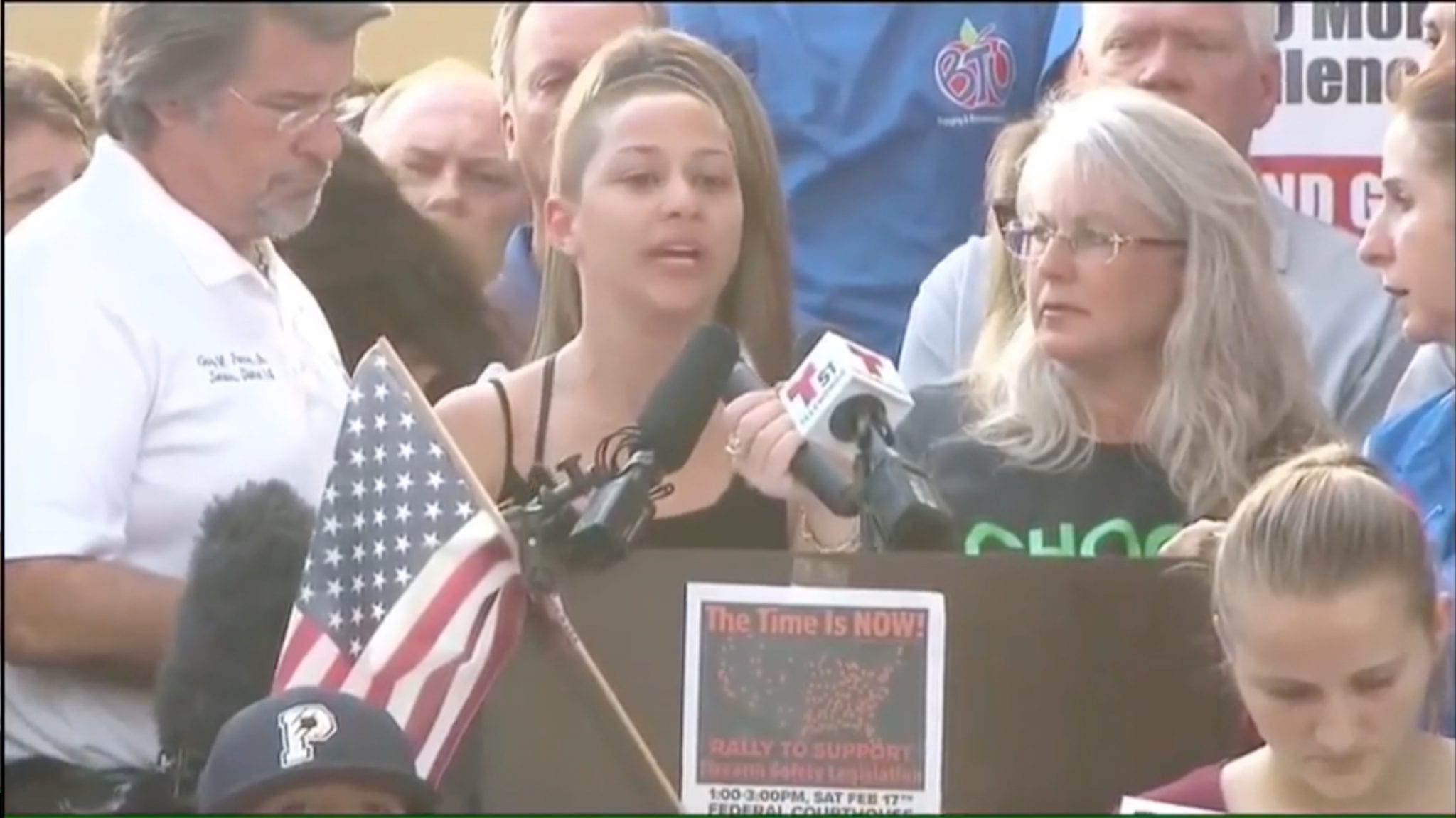 “Since he was in middle school, it was no surprise to anyone who knew him, that he was the shooter. Those talking about how we should have not ostracized him? You didn’t know this kid! OK? We did!”

Which is to say, González just made a startling admission. Parkland students bullied Nikolas Cruz.

It may well be that González is right — the rest of us didn’t know him.

But there are a large number of people — some of whom are celebrities and either marched in and/or supported the March — who have spent years insisting that what González and her friends who “ostracized” Nikolas Cruz did was… bullying.

Take actress Debra Messing. Messing is listed on this site called Stomp Out Bullying. The site describes itself as follows:

STOMP Out Bullying, a national anti-bullying and cyberbullying program for kids and teens, is a signature program of Love Our Children USA, the national nonprofit leader in fighting violence against children since 1999.

Created in 2005, STOMP Out Bullying™ focuses on reducing and preventing bullying, cyberbullying, sexting and other digital abuse, educating against homophobia, racism and hatred, decreasing school absenteeism, and deterring violence in schools, online and in communities across the country.

It teaches effective solutions on how to respond to all forms of bullying; as well as educating kids and teens in school and online, providing help for those in need and at risk of suicide, raising awareness, peer mentoring programs in schools, public service announcements by noted celebrities, and social media campaigns.

An additional focus educates parents on how to keep their children safe and responsible online.

Fair enough. They are opposed to bullying and support “educating kids and teens in school and online, providing help for those in need and at risk of suicide…” All to the good.

I stand with the brave, indomitable kids who galvanized a nation, a world, &did not take inaction as an answer. You have put the “adults” in DC to shame. CS gun laws with finally be enacted, &you will be the Heroes of a generation. TODAY you lead us all. #MarchForOurLives

Again, to be fair, Messing has no more idea what went on in the day-to-day life of Parkland’s high school than any other outsider. But it is striking that her first reaction — to support the kids — completely contradicts the stated objective of the STOMP Out Bullying program which she also supports. For as we all now know, there on the platform at the March is one of the Parkland students-turned-anti-gun activist blurting out to the world that, well, yes, the peers of Nikolas Cruz, in their common high school, bullied him — by ostracizing him and who knows what else. And the excuse? Well, the rest of us didn’t know him, you see… and per González, if we did we would know Nikolas Cruz deserved to be ostracized. He deserved to be bullied.

In the immediate aftermath of the shooting, in which Cruz took 17 lives, the TC Palm of the USA Today network headlined this:

Florida school shooting: Student knew Cruz: ‘I could have said something to administrators’

The story reports the following:

“He looked like a school shooter,” Alvarez said students used to say about him.

… Alvarez, who spoke to reporters at a vigil for victims of the area’s second mass shooting in 13 months, said he wishes he had said something earlier. “I could have said something to administrators, that ‘hey this kid gets bullied a lot, please help him, please reach out to him.’ I kind of regret not doing that,” Alvarez said.

Catch that? Nikolas Cruz wasn’t just bullied — he was “bullied a lot.”

Now. Nobody is going to blame Alvarez, an 11th grader. He at least had the thought that he should say something. But all these kids who are now momentary celebrities and out there with more than a whiff of self-righteousness blaming… the NRA? One has to wonder. Who among them bullied Nikolas Cruz? González admits to it. What about David Hogg? Or Cameron Kasky? Or the rest on that Time magazine cover that blares the caption “Enough.”

Kasky has played an important role in the protest, writing this at CNN:

We can’t ignore the issues of gun control that this tragedy raises. And so, I’m asking — no, demanding — we take action now.

Why? Because at the end of the day, the students at my school felt one shared experience — our politicians abandoned us by failing to keep guns out of schools.

Well aside from the appalling notion — part of the left-wing canon — that unborn babies are not human lives, note that Kamsky and doubtless his friends are intent on holding other people to account. Politicians.

But nowhere are they saying that maybe, just maybe, they need to have a good long look in the nearest mirror and ask themselves what 11th grader Alvarez is asking. Which is: could they have done more? Were any of them — as Emma González admits — participating in the “ostracizing” of Nikolas Cruz? Were any of these kids in any way bullying Cruz? All too often Americans see stories where some bullied kid feels so set upon by his or her peers that they commit suicide. Nikolas Cruz effectively committed suicide, by killing seventeen people, most of them students — peers. He will face the death penalty and one would think he will get it.

But the problem undiscussed at this rally the other day was the responsibility of Cruz’s peers themselves in not taking the “STOMP Out Bullying” message into their own hearts and practice. Instead, as Emma González freely admits, they did exactly what so many celebrities like Debra Messing and others say they are so passionate about. They bullied a kid, taunted him. Because, like, you know, he deserved it. He was so weird.

The really sad part is that this was just another day in high school, where since forever the popular kids sneer at the geeks, the nerds, and the weirdos.

But in this case, when something terrible happened, the kids blamed the politicians for their troubles. And no adult blinked.