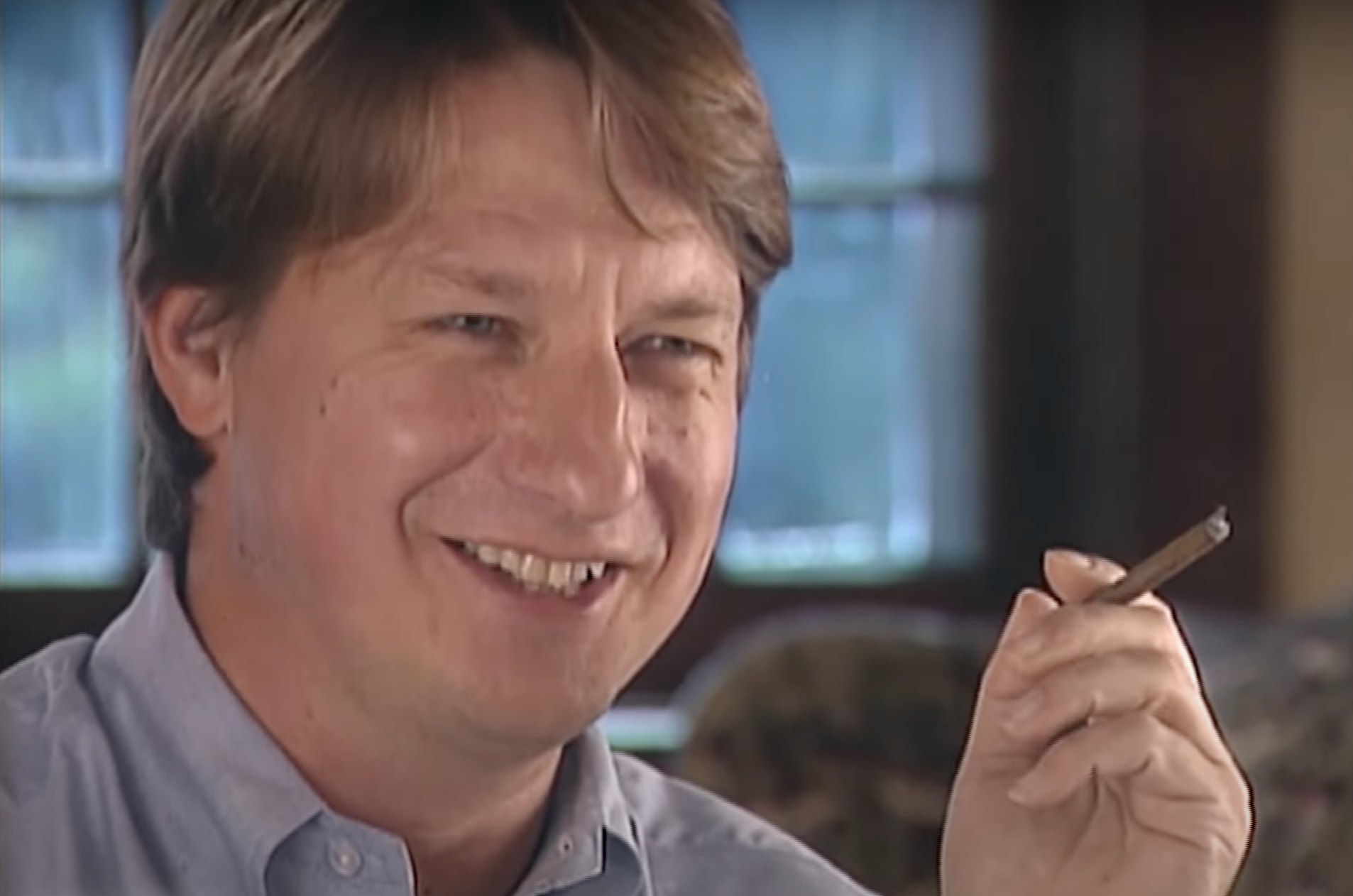 More Politics
Sign up to receive our latest updates!
Register
Hot Off
The Press
Euro Watch
Jihadist Attack in Spain: One Throat Slit and Two Churches Attacked
by Itxu Díaz
Car Guy
Electrification Is Based on Manufactured Necessity
by Eric Peters
Education Gone Wild
How Restorative Justice Endangers Students and Teachers
by Irit Tratt
Spectator A.M.
Democrats Can Get Away With Anything
by Daniel J. Flynn
Flynn Files
First Guns, Now Tanks, Then What?
by Daniel J. Flynn

Tuesday night, Spanish time. I was watching Real Madrid play PSG and becoming possessed by an uncontainable rage. I thought that there could be nothing in the universe worse than the way my team was playing in Paris. But, of course, there is always something worse: a message on my cell phone informed me of the death of P.J. O’Rourke. In that instance, in an outstanding show of gallows humor, PSG scored a goal, and I found myself wondering why I didn’t just go to the horses like decent men do, instead of watching idiots pushing balls with their feet. We were definitely in for a shitty night. And I did what any sensible man would do in such terrible circumstances: I ordered a drink, toasted P. J., and started writing about him.

I was only 15 years old when The Bachelor Home Companion, which in its Spanish edition was called Cómo tener la casa como un cerdo (How to have a home like a pig’s), fell into my hands by some fluke of destiny. Years later, when I became aware that I would devote myself to writing, I dreamed of being able to make readers laugh out loud like that funny American guy. I kept buying all his books until I had his complete works. It helped me learn a lot of English swear words, which are very useful when you hit your finger with a hammer, someone overtakes you on the highway, or when some idiot suggests raising taxes. Even today, when I am faced with a blank page, and feel incapable of finding the fun in some boring subject, I open any one of his books at random and even the most tedious article manages to unlodge itself and flow through the veins of satire.

Over the past three decades, I have been fortunate to meet almost all the writers I admire and befriend many of them. Not P.J. Every time I released a new book, like some kind of ritual, I would send a copy to the editorial office, addressed to him. And this year, I had planned to fulfill an old dream: to publish an O’Rourke anthology in Spanish, with a sort of tribute in the form of a generous introduction. I dreamed that I would have the chance to meet him, at least online, once the project was underway. This will no longer be possible, although now perhaps it makes even more sense to pay tribute and disseminate the author’s talent in a language he deserved to have frequented more often.

I have never hidden the significant influence P.J. O’Rourke held over me, like that of Hunter Thompson or Dave Barry. It’s the reason I would often quote him. A few days ago, a sports newspaper asked me to write a run-up article about the Real Madrid-PSG match and I also used two quotes from him to help me kindly insult the French and warm the match up a bit: “The French are a smallish, monkey-looking bunch and not dressed any better, on average, than the citizens of Baltimore.” And on Paris: “It does have nice architecture, because the French chickened out of World War II. But it is surrounded by the most depressing ring of lower middle class suburbs this side of Smolensk. In fact one working-class neighborhood is named Stalingrad, which goes to show that the French have learned nothing about politics since they guillotined all the smart people in 1793.” Now, I’m afraid I pissed them off and that’s why they beat us. I admit that the influence of P.J. O’Rourke’s prose has not always led me down the easy road, but at least it has allowed me to have fun along the way. There is nothing I detest more than boring editorialists who think they can solve everything with the stroke of a column. What he wrote in All the Trouble in the World applies to them: “Everybody wants to save the earth; nobody wants to help Mom do the dishes.”

I look at it this way. Columnists become interesting when we stop feeling like we can fix the world. The truth is, most sensible people will use this column tomorrow to wrap up fish, to put it nicely in case you are having breakfast. I have yet to run into a communist in the street, saying, “Itxu, thanks to your column comparing us to monkeys, calling us pigs and murderers, and mocking the state of preservation of Lenin’s mummy. I have changed my mind and am now a conservative, I’m against taxes, and have bought the complete works of Christopher Dawson.” Most just say, “Hi Itxu, I’m a communist, and it will be a pleasure to purge you when we come to power.” Note: communists have no sense of humor, for the simple reason that they have no sense of anything at all.

O’Rourke was, besides being the funniest writer in America, a free soul. A favorite disciple of H.L. Mencken, he fought for freedom and capitalism with the most powerful weapon, laughter. He was able to make everyone laugh, Republicans and Democrats, and his personal political enthusiasms were rather accidental. In my opinion, his unexpected endorsement of Hillary Clinton was an immense joke just to push home how little he hit it off with both Trump and the anti-Trump people.

His freedom was non-negotiable. Maybe that’s why you could find him in magazines of the left and the right, poking his finger in the eye of the political class, and laughing in the face of the powerful. I was lucky enough to share the front page with him for a few months at the Daily Beast, where I did Spanish columns and he did his satirical columns, and part of the pride I felt when I made my debut at The American Spectator was because I know how much he made the readers here laugh, especially with that stroke of genius that was The Enemies List; I felt a bittersweet pride knowing that, in comparison, my satirical articles sounded like a bloody funeral hymn next to his.

He made economics funny, narrated the war half-drunk, and accomplished his particular thompsonian “The Kentucky Derby Is Decadent and Depraved” in his legendary article “How To Drive Fast On Drugs While Getting Your Wing-Wang Squeezed and Not Spill Your Drink.” He made us laugh and cry at the same time when he revealed in 2008 in the Los Angeles Times that he had colorectal cancer from which he was cured: “I looked death in the face. All right, I didn’t. I glimpsed him in a crowd. I’ve been diagnosed with cancer, of a very treatable kind. I’m told I have a 95% chance of survival. Come to think of it — as a drinking, smoking, saturated-fat hound — my chance of survival has been improved by cancer.” Then he joked about asking God for a cancer that didn’t sound so ridiculous: “Furthermore, I am a logical, sensible, pragmatic Republican, and my diagnosis came just weeks after Teddy Kennedy’s. That he should have cancer of the brain, and I should have cancer of the ass … well, I’ll say a rosary for him and hope he has a laugh at me. After all, what would I do, ask God for a more dignified cancer? Pancreatic? Liver? Lung?”.

Thirteen years later, he has been unable to escape another fatal blow, this time to the lung. There is no unanimity amongst my favorite theologians with regards to this thesis, but I remain convinced that God shows those who, like P.J. O’Rourke, went through life making others laugh so much, and making us happier, a special kind of mercy.

Satire is in mourning. The good news is that, fortunately, this is also a good excuse to uncork a few bottles of whiskey to recover our spirits, and celebrate that at least his extensive and wonderful work will continue to keep us company on the road to eternity. O’Rourke would support the motion. Thanks for everything, P.J. Rest In Peace and may God pour you a long drink when you get there.