by George Neumayr
“Dewar vessel with liquid nitrogen with frozen embryos and eggs in a cryobank in a modern IVF clinic.” (Evgeniy Kalinovskiy/Shutterstock.com) 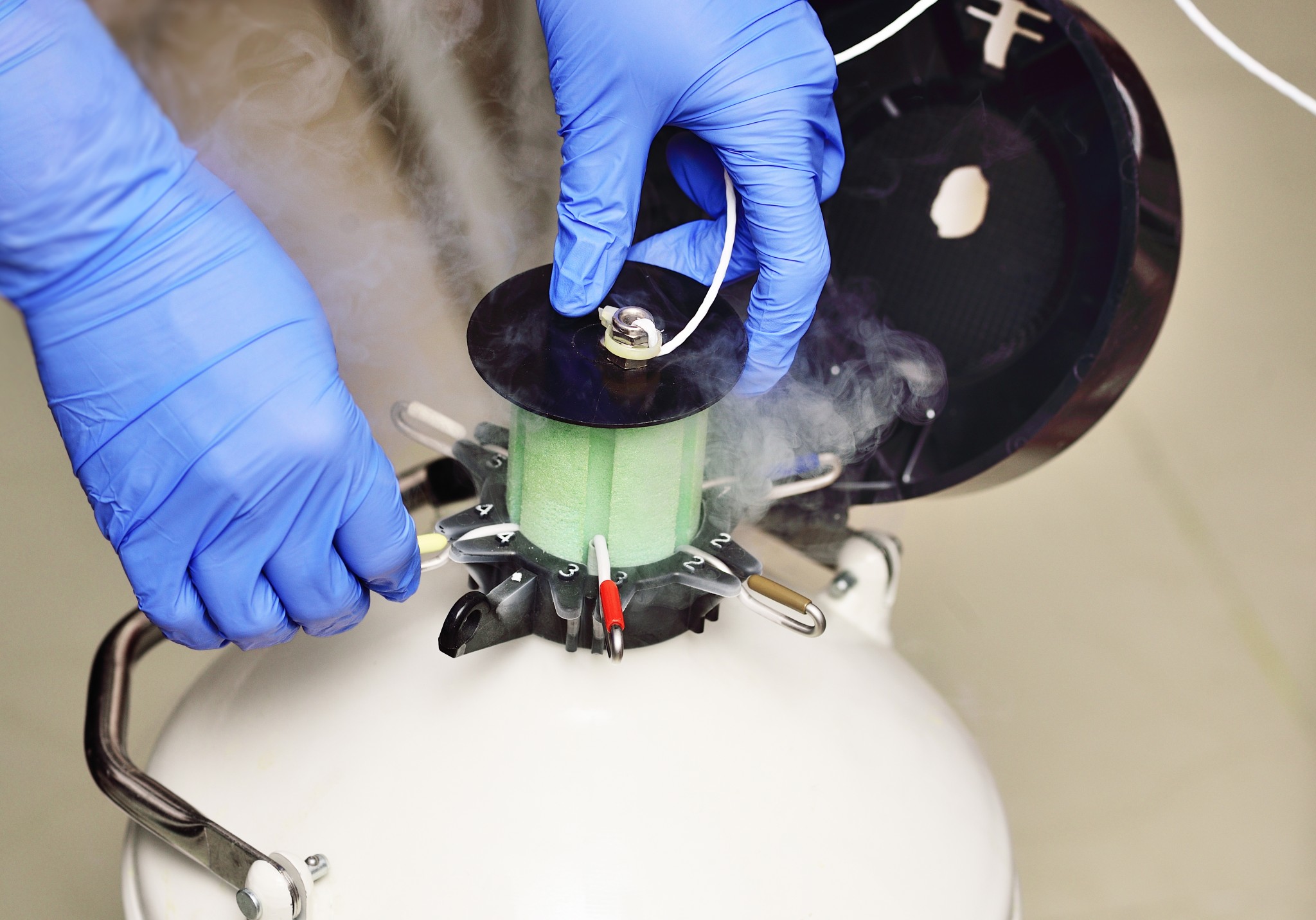 Infertility medicine divorced from the natural moral law has proven very cruel to children. The Catholic Church warned that removing reproduction from marriage would have grave consequences for them. As the Catechism of the Catholic Church teaches, “techniques that entail the dissociation of husband and wife” — everything from surrogate pregnancies to artificial insemination — “infringe the child’s right to be born of a father and mother known to him and bound to each other by marriage.” The Church saw correctly that placing reproduction in the hands of doctors and scientists would result in the exploitation of children and shatter the equality that should exist between them and their parents.

Out of this medical dominion over life has come a class of bewildered and orphaned children. And many of them are furious. “We offspring are recognizing the right that was stripped from us at birth-the right to know who both our parents are,” as Katrina Clark, a child of an “artificial sperm donor,” has put it.  “When I read some of the mothers’ thoughts about their choice for conception, it made me feel degraded to nothing more than a vial of frozen sperm. It seemed to me that most of the mothers and donors give little thought to the feelings of the children who would result from their actions.”

Cline is an astonishing creep, but as we learn in the documentary Ballard’s outrage over his sick practice largely fell on deaf ears. The press was reluctant to cover the scandal, and the legal establishment felt it didn’t have any grounds to prosecute Cline.

Such anger is on vivid and heartbreaking display in Netflix’s recent documentary Our Father, a horrific story about an infertility doctor in Indiana, Donald Cline, who used, without the knowledge of his patients, his own sperm to father around 94 children since the 1980s. The sordid story was unraveled by one of those children, Jacoba Ballard, who through sheer pluck and advances in DNA testing discovered an ever-growing list of half-siblings. This research eventually led her back to Cline, whom she confronted and exposed. Why he did it is left hazy, but the documentary suggests it was a sexual/power fetish.

Cline is an astonishing creep, but as we learn in the documentary Ballard’s outrage over his sick practice largely fell on deaf ears. The press was reluctant to cover the scandal, and the legal establishment felt it didn’t have any grounds to prosecute Cline. In the wild west of infertility medicine, almost nothing was against the law for decades. (Indiana now has a law against infertility doctors impregnating their patients.) Prosecutors did finally nail Cline for lying in the course of an investigation, but he got no jail time. He is thought to be retired somewhere in Indiana.

One suspects the light treatment he received — according to the documentary, the judge was very sympathetic to him — derives from the amorality that underpins infertility medicine: Can you really object to anything in it once you have accepted its arrogant premises? The whole field is predicated not on the good of children but on the “rights” of self-centered parents and hubristic doctors. Cline’s implied defense in the documentary is: I gave women what they wanted, children. What does society care how I did it?

Moreover, if the father is an “anonymous donor,” does it really matter who he is? Of course, it matters a great deal to the children. But infertility medicine treats their feelings as irrelevant from the start. As a society, we have decided that they have no right to a natural family and can be treated as the accessories of adults whether they like it or not. What would once have been considered child abuse — placing children in unstable and immoral settings — is now routine practice at most adoption agencies.

Ballard and her half-siblings describe all the complications of their origins in the documentary, and they are chilling. One woman talks about going to Cline unknowingly as a patient. But most of the complications would apply to all cases of artificial insemination, not just this one. Any child of it is going to feel manipulated and doubtful.

Defenders of infertility medicine say that any of its moral problems can be fixed by better legislation — more laws requiring “consent,” “transparency,” and so forth. But that is not true. No such legislation can eliminate the moral problem at the heart of IVF culture: the rejection of the natural law that occurs the moment procreation is moved from marriage to the laboratory. Even under the best circumstances, that deviation from God’s plan turns the child’s origin from an act of love to an act of science.

The Catholic Church insisted from the beginning that only “procreation in conformity with the dignity of the person” would protect the good of children, and she was right. Look at all the countless embryos frozen or discarded in IVF labs. What the Church has called the “domination of technology over the origin and destiny of the human person” is now a commonplace feature of modern life, and few care about its collateral damage. Unless that culture is reversed, the horror stories recounted in Our Father will multiply. Playing God without the wisdom of God can only end in tragedy.