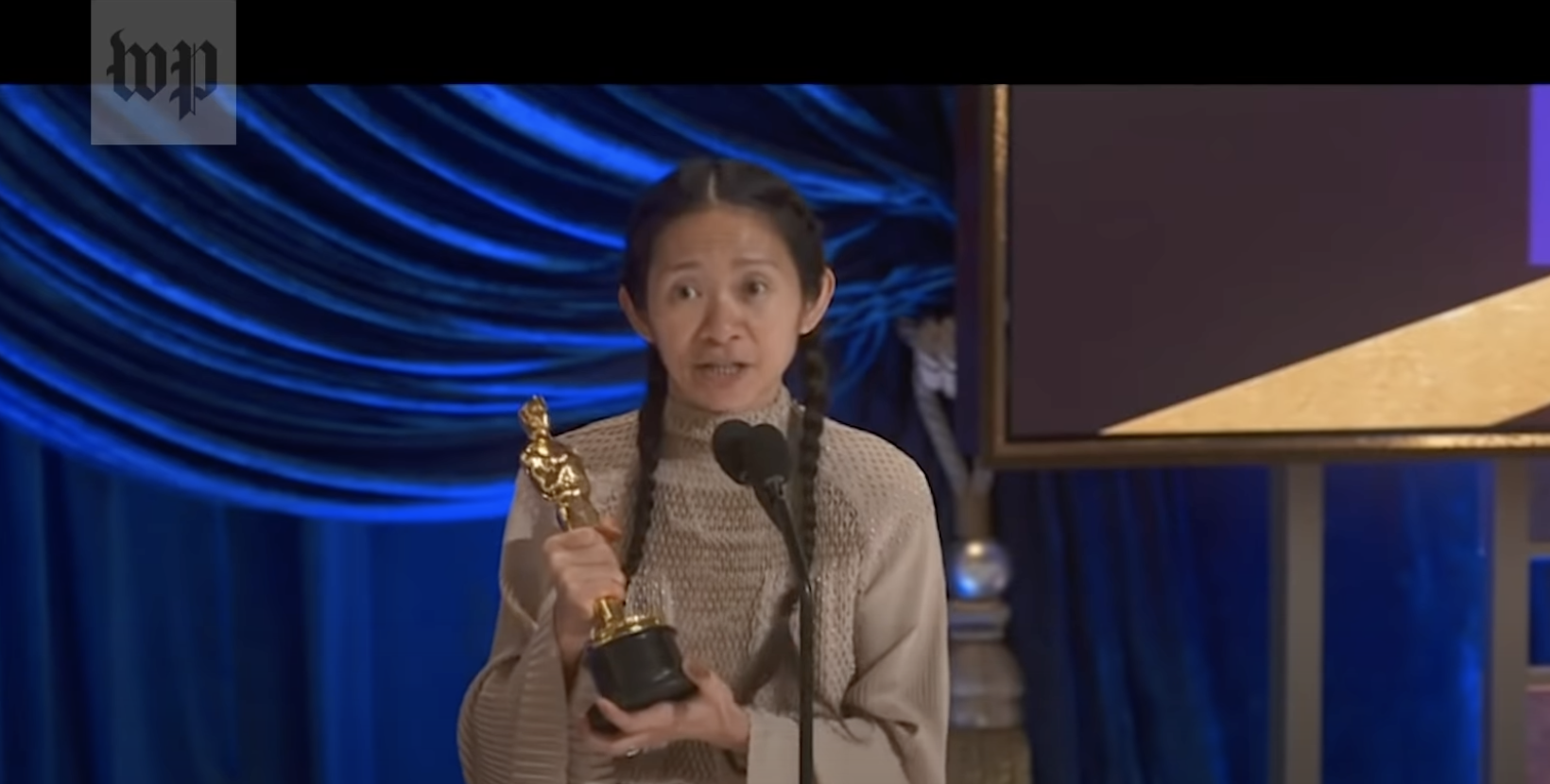 In his magnificent novel War and Peace, Leo Tolstoy has his real-life military genius, Mikhail Kutuzov, compare the Napoleon-led French Army occupying Moscow to a wounded beast. Kutuzov has withdrawn his men from the capital, leaving the French to pillage it, confident that the battle-hurt invaders have no supply line behind them and no way forward, thus would have to retreat through Russia in winter and under attack. “Like an experienced sportsman he knew the beast was wounded, and wounded as only the whole strength of Russia could have wounded it,” Tolstoy writes. So the isolated French soldiers celebrate their Moscow prizes only subconsciously aware of the doom that awaits them, much like the glitterati did at last Sunday’s Oscars ceremony.

People knew it would be bad, but no one thought it would be this wretched. On Sunday, Hollywood got what it woked so hard for the past few years — the most abysmally low-rated Oscars show of all time, and by far. The 93rd (let that benchmark sink in) Academy Awards Ceremony drew a mere 10.4 million viewers, less than half of last year’s already dismal number. This was an industry-killing bomb — although a very inclusive one.

In a Tuesday statement, former President Donald Trump, who understands the vital connection between politics and culture, unlike most conservatives (a major reason why the Left feared him and social media banned him) perfectly analyzed the Oscars disaster and its primary cause:

What used to be called The Academy Awards, and now is called the “Oscars” — a far less important and elegant name — had the lowest Television Ratings in recorded history, even much lower than last year, which set another record low. If they keep with the current ridiculous formula, it will only get worse.… These television people spend all their time thinking about how to promote the Democrat Party, which is destroying our Country, and cancel Conservatives and Republicans. That formula certainly hasn’t worked very well for The Academy!

Very few people had likely heard of any of the eight Best Picture nominees, let alone seen one. The winner, Nomadland, had limped to a $2 million gross, which wouldn’t cover Brad Pitt’s hairspray budget. But who needs financial success when you can boast the more important Hollywoke currency of diversity? Nomadland has a female lead, Frances McDormand (Best Actress winner); a Chinese, female director, Chloé Zhao (Best Director winner); and a female writer (Jessica Bruder).

Two nominees, The Trial of the Chicago 7 and Judas and the Black Messiah, are historical dramas that take place in 1969 and sympathize with the most famous black militants of the time, the Black Panthers. They’re just the type of films that would repulse people of all races disgusted by Black Lives Matter’s ongoing multi-city destruction. In fairness, though, both were made before the 2020 riots, so they had little chance at the box office. But again, in the Hollywoke mindset, black leads and a liberal message trump such trifles as audience appeal.

Two other nominated pictures, The Father and Sound of Metal, depict men losing their faculties, the first one, with Anthony Hopkins (Best Actor winner) in the lead role, to dementia, the other, played by Riz Ahmed (Best Actor nominee), losing his hearing. The Academy’s depressing focus put off even progressive icons like Bill Maher. In a devastating monologue on his HBO show, Real Time with Bill Maher, the host said, “The Oscars need to change its name to the Debbies — as in Debbie Downer. Because judging by this year’s Best Picture nominees, you couldn’t have a worse time at the movies if there was an active shooter in the theater.” When you’ve lost Bill Maher, you’ve crossed left field into Bizarro World.

The final candidate for this year’s intersectional Oscar sweepstakes was Minari, a semi-autobiographical picture by writer-director Lee Isaac Chung about a Korean family starting a farm in 1980s Arkansas. For some reason, Hollywood made a bunch of farm films in the ’80s (Country, The River, Places in the Heart), so it might have seemed like a good decade to retroactively racially balance, though many moviegoers couldn’t care less.

The only white male-driven major-studio (Netflix) Best Picture candidate was Mank, a mediocre, contrafactual film nominated for an astounding 10 Academy Awards, including Best Actor (Gary Oldman) and Best Director (David Fincher). The Academy must have been so desperate to honor a movie even close to the mainstream that they lavished it with nominations. Yet the film’s RottenTomatoes.com meter reveals the disconnect between its critical reception (83 percent) and audience indifference (59 percent). The film critics may be foreseeing lower paychecks in their future, but their influence has also waned because they support Hollywoke’s leftist tunnel vision.

Amanda Milius, the daughter of one of the last great conservative Hollywood writer-directors, John Milius, and a formidable filmmaker herself (of the massively successful pro-Trump documentary The Plot Against the President) has righteously taken on the whole entertainment-industrial complex. Responding to an April 25 CNN tweet fawning over the Oscar’s overabundance of female nominees, Milius tweeted, “Never mind that I was the highest grossing female director of 2020. Id rather not play in the ‘Womxn in Film’ Special Olympics, so am pretty fine without the recognition, CNN.” Milius seems set to make the type of stirring, heteronormative, anti-woke fare her father John wrote (Magnum Force, The Wind and the Lion, Apocalypse Now, Red Dawn) outside the collapsing industry. Because like Kutuzov on the French Army in Moscow, she knows the Hollywoke beast is mortally wounded, and the Oscar debacle proved it.