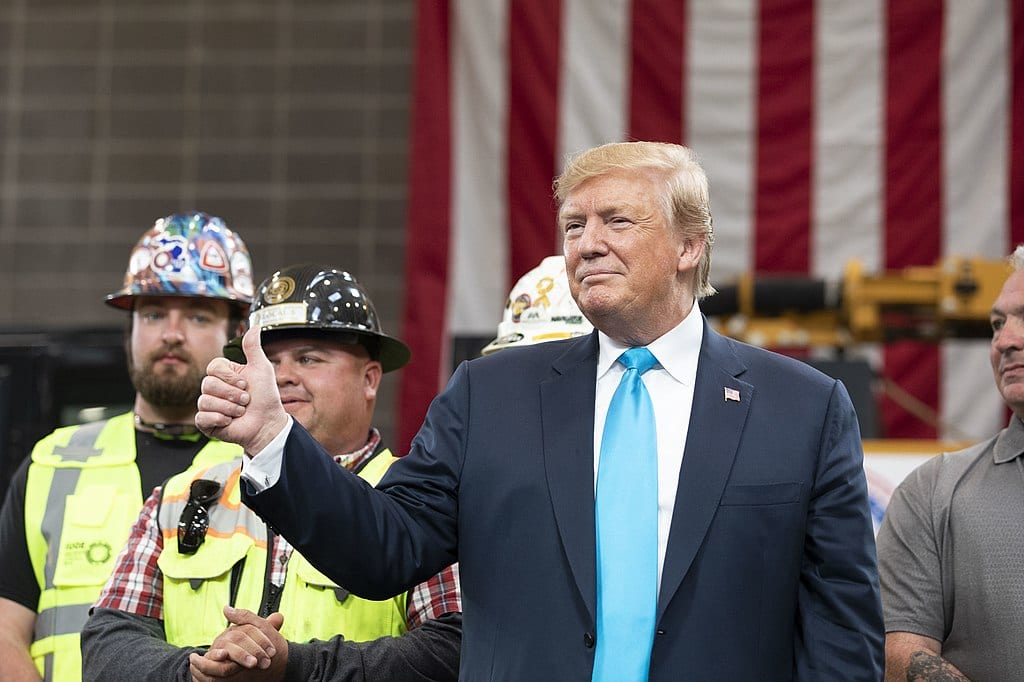 For approximately 3 million people, nothing in the Mueller report could exonerate President Trump of “Russian collusion,” obstruction of justice, and various other high crimes and misdemeanors of which they are certain he is guilty. For those 3 million people (a number reflecting the combined average weekday primetime audience of CNN and MSNBC) Trump’s guilt is an indisputable fact, his presidency an ongoing crime against humanity, his 2016 election a fraud. In a nation of 325 million people, of course, 3 million is less than a single percentage point. However, that hard-core audience of obsessive Trump-haters includes every Democrat in Washington and the vast majority of our nation’s journalists, university faculty, and other such members of the intelligentsia. Therefore, their deranged idée fixe has enormous influence, calling into existence a sort of anti-Trump industry that manufactures a constant output of rage-inducing propaganda. The CNN/MSNBC bubble is the cable-TV equivalent of a cult compound, where dissent from their political religion is forbidden. For the past two years, the fanatics have been told every night by Rachel Maddow, Don Lemon, et al., that the final destruction of Trump was at hand — “the walls are closing in!” — and the left-wing faithful awaited their deliverance from the evil man in the White House.

“Orange Man Bad” — that’s a shorthand label for the anti-Trump mentality, coined by an anonymous contributor on a Reddit forum in 2017, mocking the robotic mindlessness of the president’s enemies. No fact that might contradict their Trump-hating beliefs has any validity to them, because Orange Man Bad. By obverse principle, anything done to harm Trump or his supporters, including libel and violent assault, is considered legitimate, because Orange Man Bad. Living inside a media-generated echo chamber where everyone shares their simplistic worldview, the Trump-haters tune in nightly to their MSNBC/CNN religious revival and are catechized, so to speak, with the latest reiteration of the Orange Man Bad gospel.

What else can explain what happened Thursday, after Mueller finally delivered his 448-page “Report on the Investigation into Russian Interference in the 2016 Presidential Election.” The delivery of the special counsel’s report was preceded by a press conference at which Attorney General William Barr summarized the result of the investigation. Barr “made clear that, after two years of investigation, thousands of subpoenas, and endless media speculation, the ‘Russian collusion’ story was, as some of us had noted all along, a story about nothing,” as Professor Glenn Reynolds observed. “No member of Trump’s campaign — and in fact, no American anywhere — colluded with the Russians to influence the campaign.” Contrary to what MSNBC and CNN viewers had been told night after night for month after month, Trump is not a Kremlin stooge and yet: “Orange Man Bad!”

Proven wrong on the matter of “Russian collusion,” the anti-Trump media sifted through the Mueller report in search of evidence of other wrongdoing by the president, who of course must be guilty of something. The Twitter feeds of media types filled up with excerpts of the report proving… what? Well, Trump was very angry about being falsely accused of “collusion,” and he didn’t enjoy watching his former associates being investigated and prosecuted as part of what he considered a partisan witch hunt, inspired in large measure by the phony Steele dossier paid for by the Clinton campaign. But we already knew that. Trump’s animus toward the Mueller investigation was certainly no secret, but being angry is not a crime and, however angry he was, nothing Trump did amounted to obstruction of justice. Because there was no “collusion,” and thus no crime to conceal, it would be hard to figure out how or why justice could be obstructed in such a case. The innocent don’t fear justice, and if Trump was innocent of “collusion” (as Mueller concluded) why should he engage in obstruction? Never mind basic logic, cried the Trump-haters, because Orange Man Bad!

CNN went into complete meltdown mode Thursday afternoon, led by the network’s chief legal analyst Jeffrey Toobin, who declared the Mueller report was “pretty bad” and “very damaging” for Trump. CNN commentator Ana Navarro ranted on Twitter that Barr is “complicit… duplicitous” and “disloyal to the Constitution,” and harrumphed: “I don’t know how anyone can read [the] Mueller Report and conclude Trump did not attempt time and time again to obstruct justice.” Things were no better on MSNBC, where Chris Matthews reacted to Trump’s written answers to Mueller’s questions: “My God, it was like he had failed an Alzheimer’s competency test.” MSNBC commentator and former CIA director John Brennan, who’s spent two years promoting the Russian collusion narrative, claimed that the Mueller report, which effectively exonerated Trump, nonetheless contained “really quite extensive” information supporting his own view. Brennan said the Mueller report showed Trump’s “conduct was unethical, unprincipled, dishonest and I would say it really does back up political corruption.”

Their minds are made up, and mere facts cannot penetrate their ironclad certainty about Trump’s maliciousness. Thus, a 22-month, $25 million federal investigation that disproved their Russian conspiracy theory was really just a waste of time and money; The anti-Trump media and Democrat politicians in Washington continue to believe what they have always believed: “Orange Man Bad!”

On Tucker Carlson’s Fox News program last night, the Wall Street Journal’s Kimberly Strassel said bluntly, “It’s over.” No collusion. No obstruction. No more indictments. The whole Russians-stole-the-election narrative has been conclusively debunked, and despite the Mueller report’s detailed accounting of Trump’s angry outbursts about the investigation, justice was never obstructed. Yet the 3 million viewers of CNN and MSNBC may not realize this, because those networks are still saying the same thing they’ve been saying since 2016: “Orange Man Bad!”

What can be done about the anti-Trump cult? It’s obvious that they cannot be persuaded by rational argument to abandon their paranoid delusions, and they’ll still be ranting about Russia until the day Trump leaves office. They never believed he could win the 2016 election, and the Russian “collusion” theory was a way to deny the reality of his victory. Now we are barely a year-and-a-half away from the next presidential election, and Trump’s chances of winning a second term have significantly increased. The nearly 63 million Americans who voted for Trump seem to be sticking with him — his job approval numbers have gained about 7 points in the Real Clear Politics poll average since December 2017 — and the Democrat field for 2020 is a clown car full of left-wing crazies. Despite what his enemies in the media might believe, the end of the Mueller probe is a clear victory for Trump, and if the economy keeps roaring along like it is now, the odds of him being re-elected are quite good.

None of these facts matter to the 3 million who watch CNN and MSNBC, the cable-TV echo chamber defined by the anti-Trump cult mentality of Maddow and Matthews, Joe Scarborough and Erin Burnett, Chris Hayes and Chris Cuomo. The good news is that this alternative universe appears to be shrinking. Maddow has lost nearly a third of her audience since last April, and CNN recently recorded its worst ratings week of the year. It has been said that the definition of insanity is doing the same thing over and over, expecting different results, and this is exactly what Trump’s media enemies seem to be doing. The more often the president mocks them as “fake news,” the more determined they become to destroy him, and the more they limit their audience to the most fanatically deranged Trump-haters. However, it never seems to occur to them that they might be mistaken, no matter how often they find themselves humiliated in the ratings. They know only one thing, and they are completely committed to it: “Orange Man Bad!”