The USDA on Thursday decided not to restrict the planting of genetically modified alfalfa.  This is a good decision backed by solid science.

In fact, all genetically modified organisms (GMO’s) are backed by solid science.  Opposition to GMO’s is becoming increasingly difficult to justify.  Consider the following:

GM wheat has been developed that is drought-resistant.  Obviously, this will help fight back against the effects of climate change.  Also, GM rice has been created which contains a precursor of vitamin A which will help provide better nutrition to those in poverty.  Both crops will help feed the planet’s growing population, which is predicted to be 9 billion by 2050.  GM crops that contain Bt toxin are able to kill insects; this reduces the need to use environmentally harmful pesticides.

GM mosquitoes have been designed so that their offspring die.  This will help prevent the spread of diseases such as dengue fever and malaria, which kill approximately 20,000 and 1 million people each year, respectively.  Additionally, GM chickens have been made which cannot spread the flu.

Opposition to GMO’s usually falls into one of three categories: (1) Biotech and “Big Agribusiness” want to make money at the expense of poor farmers; (2) GMO’s are unnatural, and hence, undesirable; and (3) GMO’s should not be made until proven safe for humans and the environment.

While #1 might be true, it is a matter of business ethics, not science.  #2 is the biological equivalent of the NIMBY (Not In My Backyard) argument; it is based entirely on emotion, not facts.  Besides, all agriculture is “unnatural.”  The only truly “natural” way for people to eat is to be hunter-gatherers.  Most people probably aren’t ready for that lifestyle change.

#3 is the only scientific argument, but it has been mostly addressed.  GMO’s are already known to be completely safe for human consumption.  The vast majority of corn and soybeans in the US are genetically modified.  (And corn and soybeans are used in a lot of different foods found in the grocery store.)  The concern for the environment is legitimate, but evidence already indicates that GM crops have few adverse effects on the environment.  Of course, GM crops need to be carefully monitored for their ecological safety over the long-term, but this is not a sufficient cause to block their use right now. 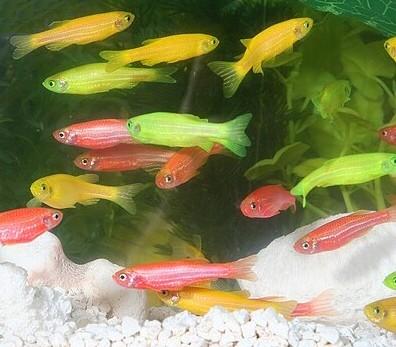 In summary, GMO’s are a major advancement in agriculture and biotechnology.  GM crops will help feed the globe’s increasing population and will reduce the use of pesticides and other harmful chemicals.  GM organisms, such as mosquitoes, will help prevent dengue fever and malaria.  The tremendous benefits outweigh the hypothetical costs.

In the spirit of trying to understand the opposition, your correspondent supposes that a pseudo-reasonable argument could be made that genetic modification should be restricted to an “as needed only” basis, thus eliminating things like the “Arctic Apple.”  But, personally, apples that never brown sound great, as do GloFish.

Alex B. Berezow is the editor of RealClearScience.  He holds a Ph.D. in microbiology.