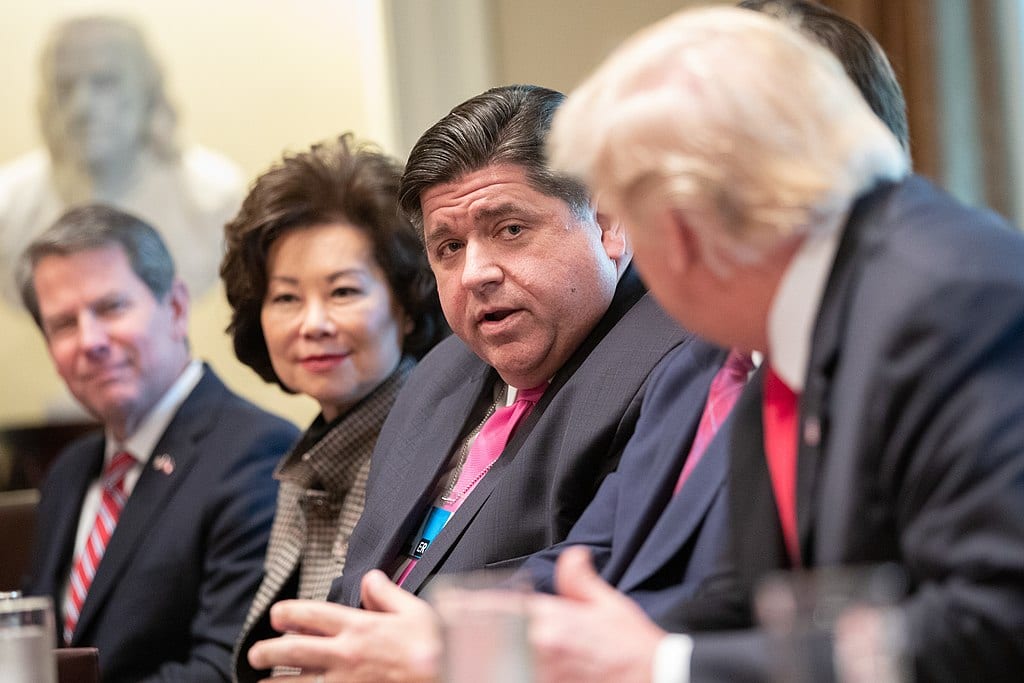 In November, President Donald Trump set the stage for a remarkable bipartisan achievement, which his predecessor, Barack Obama, failed to attain, when he announced he would support a prison reform bill that also addressed federal sentencing laws.

Advocates for criminal justice reform and smart-on-crime Republicans had been pushing for such a bill through Obama’s tenure, to no avail. In an only-Nixon-can-go-to-China moment, Trump ushered through needed reforms for federal mandatory minimum sentencing.

Friday morning, Trump had an opportunity to savor an amazing victory with Democrats and Republicans by his side as he held a signing ceremony for the First Step Act, which passed by an 87-12 vote in the Senate.

Trump enjoyed another bipartisan win last week with the passage of the farm bill by an 87-13 vote, which he signed into law in a ceremony at the Eisenhower Executive Office Building’s South Court Auditorium Thursday. Just to make sure everyone understood the many Democrats who voted for the measure, Trump called out Sen. Debbie Stabenow, D-Mich., noting, “She’s tough and she’s smart, and does a great job. Thank you very much, Debbie.”

Another victory came in Mexico’s agreement to have asylum-seekers wait for their court date in Mexico.

The bombastic president and his buoyant base like to frame the lack of good news coverage on left-wing bias, but Trump has no one but himself to blame for making his victories fade into the background.

On Dec. 11, Trump invited cameras into an Oval Office meeting to discuss passing a spending bill to prevent a partial government shutdown. Then, Trump crowed before House Speaker Nancy Pelosi and Senate Minority Leader Chuck Schumer, “I am proud to shut down the government for border security.”

Trump also volunteered that he would “take the mantle” — when instead his administration dropped the ball.

Schumer later told reporters he thought Trump should agree to a compromise measure with $1.6 billion for border security. But Trump had refused.

Tuesday, Press Secretary Sarah Sanders told reporters that Trump did not want to shut down the government and was looking for other ways to fund border security.

Democrats refused to support a bill with any border security funds. So on Wednesday, the Senate passed a spending bill to keep the government open through Feb. 8 without money for border security.

The White House voiced no objection and Washingtonians prepared to leave town for a no-drama Christmas.

Indeed, Trump could have ended the week on the up note of a signing ceremony for the bipartisan prison and sentencing reform measure that brought progressive Van Jones, a CNN host and former Obama adviser, and Heritage Foundation head Kay Cole James into White House.

There still might have been a shutdown, but it should have followed prolonged negotiations during which both sides failed to come to an agreement. Instead, Friday turned into another episode of: What will Trump do next?

The House passed a spending bill with $5 billion for border security — and thus proved Pelosi wrong when she told Trump the GOP House couldn’t produce enough votes to pass a bill with wall funding.

As I write this, the outcome is not clear. Can Trump somehow get a win out of this? Anything is possible, but it likely would have to happen before Jan. 3, when Democrats take control of the House.

Meanwhile, Trump’s apparent reversal made Republican senators who support border security appear feckless — even though Trump is the guy who helped border funding go from $1.6 billion to zero.