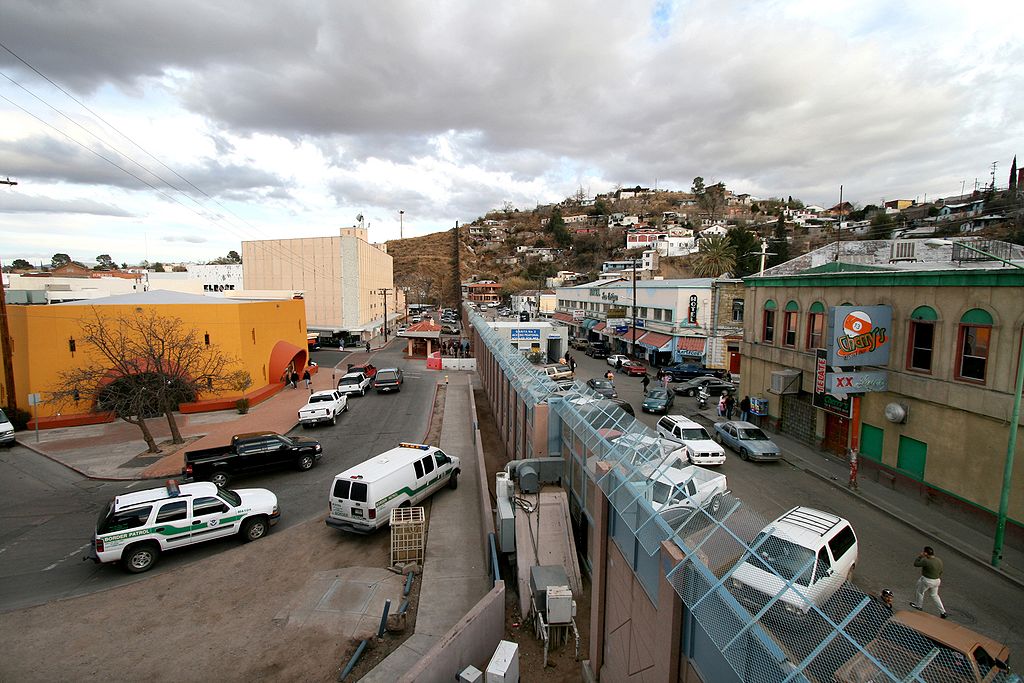 Washington Post columnist Marc Thiessen recently identified the Democratic Party as the champion of illegal immigration. Since the Biden administration took office, our control of the southern border has drifted from shaky to nearly nonexistent. Biden’s unconcern for the problem was famously exemplified by the appointment of his inept vice president, Kamala Harris, to the position of “border czar.” After that, the president simply has appeared to have given up, and he recently stated that he was too busy to visit the area. In the wake of the lapsing Trump-era Title 42, asylum seekers will no longer be turned away at the border, and the Biden administration is not seeking money for more beds for detainees. Consequently, they will probably be let loose in the country with a polite request to come back for a hearing.

If their big tent becomes largely Spanish speaking, and the leadership can’t speak Spanish, there may be problems because the other party has names like Cruz, Rubio, and DeSantis.

There are two reasons for Democratic laxity on this critical issue; one is cynical and the second is starry-eyed progressive pablum. The cynical rationale is that Democrats believe that these people are potential voters who will gratefully turn their way. After all, “we let you in.” The second is the goofy notion that more diversity in the nation is better, no matter what the cost. Both rationales may come back to bite the party of Roosevelt in the backside. When a nation loses control of its borders, it loses control of its destiny; the Aztecs and Romans found this out the hard way. The Romans are a case in point.

As historian Arther Ferrill points out in The Fall of the Roman Empire, by the fifth century AD, the empire had become a top-heavy bureaucratic state with a very small elite living off the labors of millions of slaves and peasants. Its army had become a mercenary force manned by barbarians, who had been literally invited in to protect the imperium from the even worse barbarians without. The barbarians were not at the gates; they were guarding them. These new guardians disdained the drill of the old Roman legions, and eventually the once-vaunted Roman army became just another barbarian horde. When they looked to Rome — or, rather, Ravenna, where the throne had been moved to protect it from the Roman mob — the barbarian generals saw an effeminate elite of bureaucrats and senators unwilling and unable to protect their own interests. These hard-eyed men recognized an opportunity when they saw it. By 476, a barbarian named Odoacer was wearing the purple, and the western empire was effectively dead. The eastern (Byzantine) empire was made of sterner stuff and survived for another millennium, but that is another story.

That brings us to today’s immigration crisis. As our borders collapse, what do these new immigrants from Central America see? These are tough men and women willing to come over 1,000 miles from a macho society where — between gangs and corrupt governance — might makes right. When they get here and look to Washington, they see a government largely dominated by an effete Democratic white wine–sipping establishment where cross-dressing bureaucrats are elevated to positions of power and heralded as “firsts.” At some point, these people will likely reach the conclusion that “we can do better than this.” At that point, the Democratic aristocracy will be in a great deal of trouble. To some extent, this is already happening. The so-called “Squad” is already chipping away at the establishment’s foundation. They wisely laid low with their radical agenda during the midterms so as not to alarm moderates and independents, but they will eventually demand radical payback.

By undermining the nation’s traditional immigration policies, the Democratic Party may be opening the Pandora’s box of unintended consequences. If its big tent becomes largely Spanish speaking, and the leadership can’t speak Spanish, there may be problems because the other party has names like Cruz, Rubio, and DeSantis as well as Spanish speakers with the last name of Bush. Worse for the Democrats is that many of these potential Democratic voters may see more opportunity for themselves in the Republican Party, where they will find the kind of traditional family values that they feel comfortable with.

All of this may be hypothetical. If illegal immigration becomes a major issue in the 2024 election cycle, the Democrats may find it prudent to tighten things up. Reinvigorating Title 42 would be a good start, as would supporting the Border Patrol, Immigration and Customs Enforcement, and state agencies dedicating to protecting the borders. However, in a party dedicated to interest-group politics, this will be very difficult indeed. The party’s extreme Left will very likely revolt if the border shuts down, and independent voters will likely walk away if it does not. It is quite possible that the Democrats will have hoisted themselves with their own petard.

Gary Anderson lectures on Alternative Analysis at the graduate level.