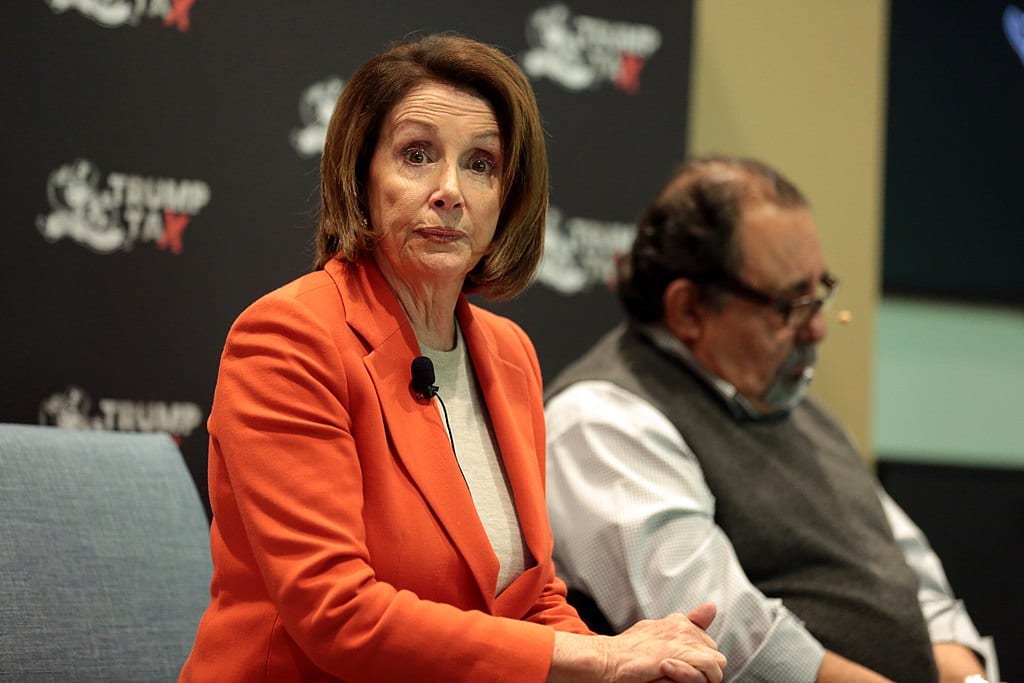 Nancy Pelosi should be happier than she seems. The Democrats recently harvested enough votes to retake the House of Representatives, and she will again be elected Speaker of that body in January. But a lot has changed since 2011, when she last held the gavel. She isn’t accustomed to being ambushed on live television by the President about border security, or having newly minted members of her own caucus demand the creation of select committees while encouraging activists to besiege her office. Pelosi no doubt feels nostalgic about Barack Obama and Joe Crowley when musing about Donald Trump and Alexandria Ocasio-Cortez.

The latter, ironically, may well be more irritating to Pelosi than the President. Trump is a Republican after all, and is thus expected to have a somewhat adversarial relationship with the top Democrat in the House. Ocasio-Cortez, once she is actually sworn in, will be a mere novice congresswoman from Pelosi’s own party. Were she not so fuddled by her 15 minutes of fame, she would try to keep her head down and learn her trade. She would studiously avoid alienating senior members of the Democratic caucus, without whose support she cannot hope to survive beyond one term. And, she would never — ever — consider twisting the dragon’s tail.

And Pelosi is a dragon. No one becomes Speaker of the House without copious reserves of ruthlessness and guile. Pelosi has been cordial to Ocasio-Cortez, but won’t hesitate to incinerate her if she becomes a real nuisance. Utterly oblivious of this, the bumptious “girl from the Bronx” was so elated to find that her office is just two doors down from Pelosi’s lair, she sent a video to her Snapchat followers, to whom she breathlessly confided, “We are here at our new office and I just realized it is two doors down from Nancy Pelosi’s. That’s her office.” Had she any idea how far out of her depth she is, Ocasio-Cortez would be terrified by such close proximity.

Instead, she and her fellow activists are keeping up the pressure on Pelosi and the Democratic leadership to get moving on the “Select Committee for a Green New Deal.” But what exactly will that august body accomplish and how will they accomplish it? When you peruse the goals she and her brain trust expect to reach once they convene their select committee, it reads a lot like that old gag about solving world hunger and poverty before lunch, ending all racial and gender-based income inequalities by the afternoon coffee break, and achieving universal peace early enough to arrive on time for Happy Hour. Surely this is hyperbole, you say. Nope:

The select committee shall have authority to develop a detailed national, industrial, economic mobilization plan (hereinafter in this section referred to as the “Plan for a Green New Deal” or the “Plan”) for the transition of the United States economy to become carbon neutral and to significantly draw down and capture greenhouse gases from the atmosphere and oceans and to promote economic and environmental justice and equality.

Once that minor part of the plan is fully fleshed out, and everyone gets back from lunch, it will be time to make sure that no one has overlooked the need to eliminate poverty in the U.S.:

The Plan for a Green New Deal (and the draft legislation) shall recognize that a national, industrial, economic mobilization of this scope and scale is a historic opportunity to virtually eliminate poverty in the United States and to make prosperity, wealth and economic security available to everyone participating in the transformation.

And, if it has occurred to any reader that this project will be a little pricey, its architects are ready and willing to respond to anyone moved to ask: How the hell do we pay for all of this?

The answer is: in the same ways that we paid for the 2008 bank bailout and extended quantitative easing programs, the same ways we paid for World War II and many other wars. The Federal Reserve can extend credit to power these projects and investments, new public banks can be created (as in WWII) to extend credit and a combination of various taxation tools (including taxes on carbon and other emissions and progressive wealth taxes) can be employed.

As absurd as all this is, a number of “Justice Democrats” have already signed on: “The media and the establishment laughed at us and called us crazy — but now 31 Democrats have endorsed the call for a Select Committee on the #GreenNewDeal. We’re winning.” Perhaps even more worrisome is that the primary motivation behind the objections of senior Democrats to the new committee has nothing to with the insanity of the plan. Never mind that the Green New Deal would result in an economic disaster whose effects would dwarf those of the Great Depression. What House Democrats are really worried about is their political turf. Politico reports:

Incoming Energy and Commerce Chairman Frank Pallone (D-N.J.), Homeland Security Chairman Bennie Thompson (D-Miss.) and Natural Resources Chairman Raúl Grijalva (D-Ariz.) — all of whom have expressed concerns over the jurisdiction of the select committee — huddled privately with Pelosi (D-Calif.) over the issue on Tuesday afternoon.…The group agreed to hold another meeting with Pelosi Wednesday to further discuss the jurisdictional issues over the climate committee.

This is where Pelosi will have to water down or even nix the new select committee. To keep people like Pallone, Thompson, and Grijalva happy, she will need to introduce Ocasio-Cortez to the realities of Beltway politics. Neither she nor her fellow travelers will take this well. And it is by no means beyond Ocasio-Cortez to organize a revolt of the “Justice Democrats,” who could threaten to withhold their votes from Pelosi on January 3, when the new Speaker of the House will be elected. But, as yesterday’s deal with party insurgents suggests, Pelosi is a wily politician. A beginner like Ocasio-Cortez would do well to remember that important fact of life.

Pelosi will prevail in that January vote. And, if America’s favorite Democratic Socialite wants to avoid being burned and banished to outer darkness in two years, she will be wise not to set the price for her support too high. Pelosi has been a member of the House since June of 1987, more than two years before Alexandria Ocasio-Cortez was born. Nancy Pelosi has seen a lot of ambitious young fire breathers immolated by their own hubris. The smell of acrid smoke and sulphur coming from her office down the hall should not be ignored by the congresswoman-elect.