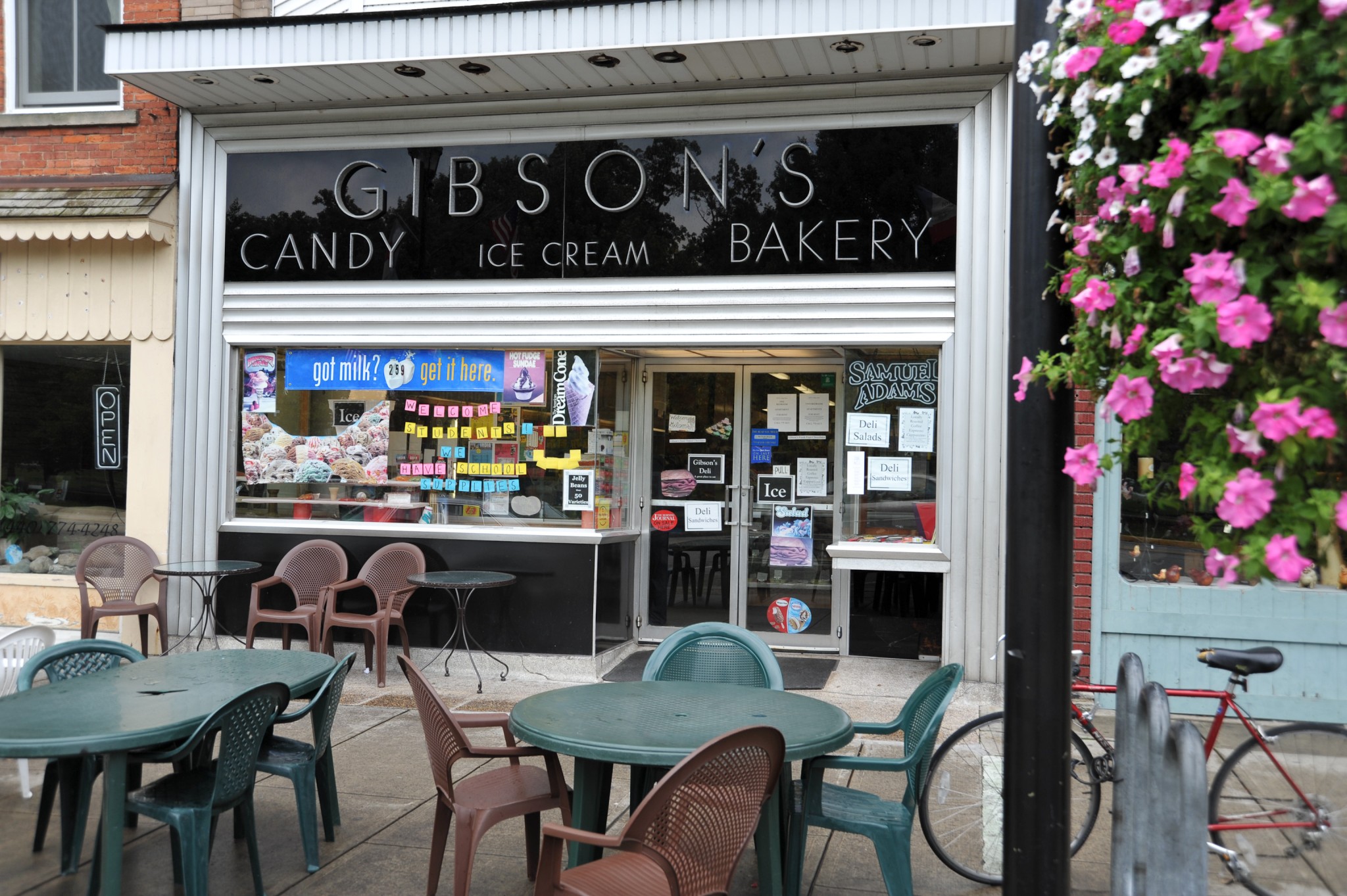 The historically liberal Oberlin College, located in Oberlin, Ohio, is still refusing to pay up for defaming Gibson’s Bakery as racist in 2016.

The college, which is financially underwater, has now asked the Ohio Supreme Court to halt the multi-million dollar judgment while it appeals the decision for the second time. Earlier this year, the Ninth Ohio District Court of Appeals upheld a jury’s finding that Oberlin committed libel, slander, and interference with business relationships against Gibson’s after it encouraged student protests over a bakery employee’s pursuit of a black student who had shoplifted.

For delaying making the payment, Oberlin has added on $4 million in interest to the original judgment of $32 million, raising the cost to $36 million. Handing over the $36 million will have enormous ramifications for the financially struggling institution, which had a deficit of $44.7 million in 2020 and whose monetary woes stem back years. The college also had a deficit in 2017, which forced it to institute a rescue plan.

The president of Oberlin, Carmen Twillie Ambar, has been defiant in the face of the judgment and has continued to deny any fault on the part of Oberlin. Unwilling to accept the jury’s decision, Ambar said in 2019, “This is not the final outcome. This is, in fact, just one step along the way of what may turn out to be a lengthy and complex legal process.”

She added, “None of this will sway us from our core values.”

Last week, Gibson’s begged the trial court for speedy relief, saying that it will go out of business in a matter of months unless there is a substantial change in circumstances.

“The Gibsons are in need of speedy justice and an end to Oberlin’s delay tactics,” it said. “Oberlin and its bonding company are now trying to outlast the Gibson’s, fulfilling their threat to delay justice as long as possible.”

The case emerged from a November 2016 incident in which a black Oberlin student attempted to shoplift two bottles of wine from the bakery. When the store clerk attempted to take his picture to show to police, the student slapped the clerk in the face. The clerk pursued the student and tackled him. Two of the student’s friends, who were also black students at Oberlin, responded by assaulting the clerk with the help of the shoplifter.

Police arrived when the three students were kicking the clerk, who was lying helpless on the ground. The students all pleaded guilty.

Oberlin students erupted in protests over the incident, alleging that the Gibson clerk had racially profiled the shoplifter. The jury found that the former dean of students, Meredith Raimondo, attended the protests and handed out a flyer that said, “This is a RACIST establishment with a LONG ACCOUNT of RACIAL PROFILING and DISCRIMINATION.”

During this time, the college temporarily suspended its business relationship with the bakery.

In court filings, Oberlin argued the protests were the fault of the bakery. “Gibson’s bakery’s archaic chase-and-detain policy regarding suspected shoplifters was the catalyst for the protests,” it said. “The guilt or innocence of the students is irrelevant to both the root cause of the protests and this litigation.”

With an order to pay the judgment looming, these woke defenses are unlikely to shield Oberlin from its racial activism. Thirty-six million dollars will be the price for the college’s defamatory cries of racism under the banner of racial justice.

Oberlin is continuing to demonstrate that it has not learned its lesson. Instead, it has dived deeper into woke racial politics and critical race theory.

Following the death of George Floyd, Ambar announced a new initiative on racial equity and diversity. In May of this year, Amber provided an update on the initiative, telling students that the school’s prestigious music conservatory had “reshaped its curriculum” to “decenter the canon from the Western tradition.” It remains to be seen whether this decision will help Oberlin recover from its falling ranking in the U.S. News and World Report’s definitive list of colleges. In 2016, the school was ranked 23rd among U.S. liberal arts colleges. It has since dropped to 37th, a highly unusual precipitous collapse. (READ MORE: The Humiliation of Oberlin College)

The school also refuses to fire Mohammad Jafar Mahallati, an Islamic studies professor at the college. In 2018, Amnesty International found in a report that Mahallati was complicit in crimes against humanity for allegedly covering up the massacre of Iranian dissidents in 1988 while serving as Iran’s ambassador to the UN.

In addition, Mahallati was accused of a pattern of anti-Semitism.

In 1989, he told the UN: “The land of Palestine is the platform of the ascension of the Prophet Mohammad; its significance is that it contains the first Qibla direction — towards which Muslims prayed. Its occupation by Zionist usurpers is a transgression against all Muslims of the world and its liberation is therefore a great religious obligation and commitment.” He added that Israel’s actions “derive from a savage and mad mentality prevalent in the Zionist hierarchy.”

Oberlin found in its own investigation that it could not corroborate the allegations against Mahallati and “could not identify a pattern of anti-Semitic behavior or ongoing calls for the destruction of Israel.”

After Oberlin’s investigation was completed, a report surfaced in May that Mahallati had advocated for a fatwa to assassinate British-American writer Salman Rushdie for a novel that irrelevantly illustrated the Muslim prophet Muhammad.

He continued, “I think that if Western countries really believe and respect freedom of speech, therefore they should also respect our freedom of speech. We certainly use that right in order to express ourselves, our religious beliefs, in the case of any blasphemous statement against sacred Islamic figures.”

The continued employment of Mahallati has resulted in continued protests against Oberlin, including at the 2022 commencement, and some student discontent.

Sophie Bernstein, an Iranian-American Oberlin student, told the college’s student newspaper in May of the employment of Mahallati: “Oberlin prides itself on being a school that’s centered around social justice, but there are people seeking justice and their calls are not being answered.”

The college has not responded to these renewed protests, and Ambar has refused to grant requests that she meet with the families of the victims of the 1988 massacre.

As part of its goal to achieve racial equity, Oberlin has in recent years stripped the standardized testing requirement as well as an essay students were previously asked to write on why they wanted to attend the college. Oberlin also recommended the creation of a grade forgiveness policy to minimize the departure of black students from the school. Between 2017 and 2020, only 5.5 percent of students at Oberlin were black, yet these students made up 27.3 percent of dismissed students and 16.6 percent of suspended students.

“Black students disproportionately struggle in the transition to college. When students earn a D or an F in a course, it has an insurmountable impact on their GPA. The ramifications include lowered self-esteem as a student (‘I just can’t cut it here’), lower prospects for jobs after Oberlin, and lower opportunities for awards and honors,” the report concluded.

In the first college ranking published by U.S. News and World Report in 1983, Oberlin ranked fifth among liberal arts colleges. The period of the greatest acceleration of the college’s decline — a decrease of 14 spots in the rankings — has followed the 2016 defamation of Gibson’s Bakery.

Yet Oberlin is not giving up on its destructive racial activism. While $36 million is the dollar amount it currently faces for its smears of Gibson’s Bakery, the true cost for its wokeness could be much higher as the once-prestigious college spirals, in the words of the college’s board of trustees, into “mediocrity and irrelevance.”