by George Neumayr
The White House is illuminated in rainbow colors on June 26, 2015, following the decision in Obergefell v. Hodges. (Shutterstock/Philip Yabut) 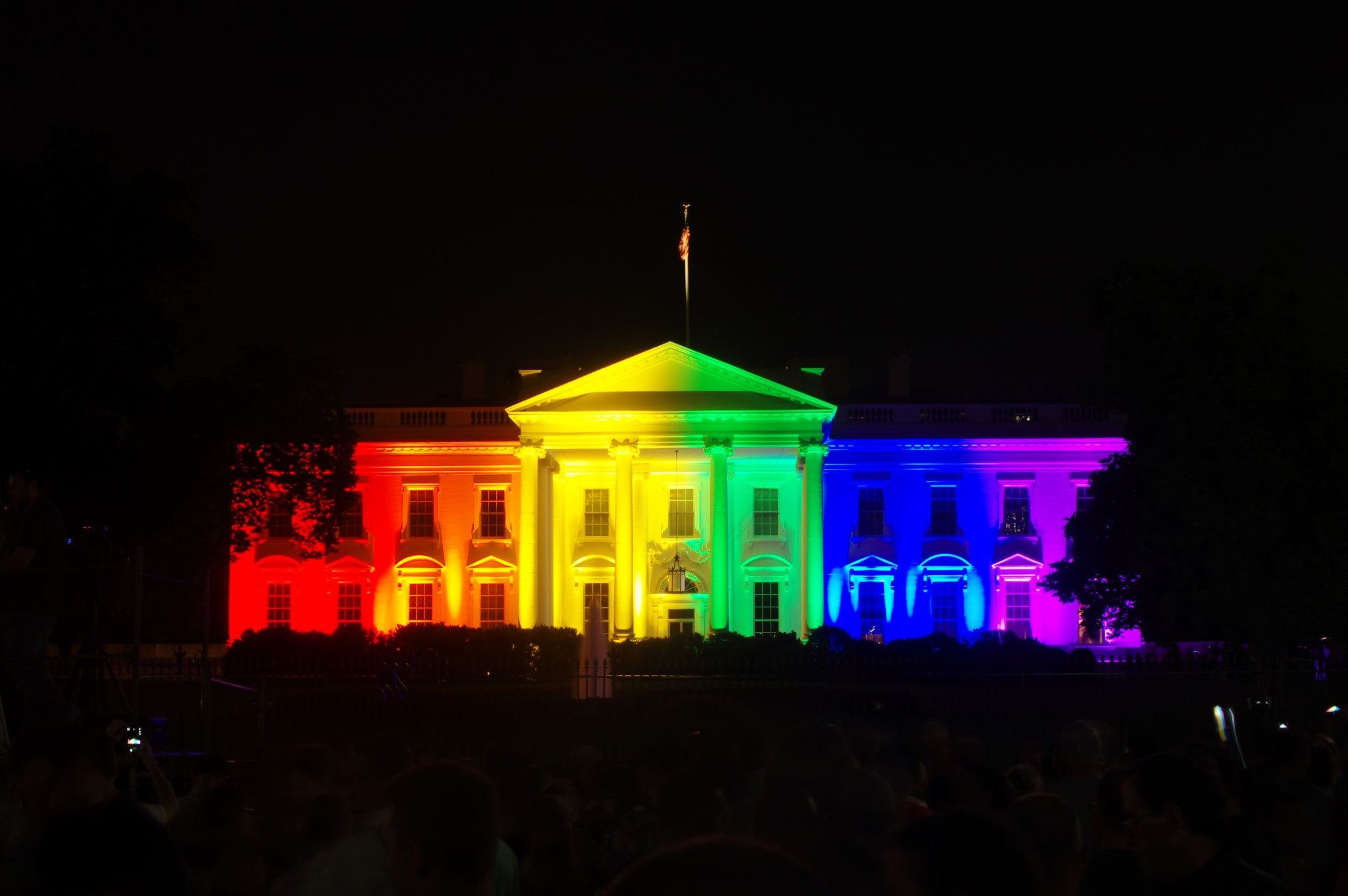 The media is trying to mau-mau Republicans into a selective and unprincipled originalism, and it appears to be working. After the collapse of Roe v. Wade, many Republican pols signaled that they had no interest in overturning other nakedly unconstitutional rulings, such as Obergefell v. Hodges. Never mind that that ruling, which imposed a wholly invented “constitutional” right to gay marriage on all 50 states, was as much an attack on democracy as the Roe ruling.

“I write separately to call attention to this Court’s threat to American democracy,” Justice Antonin Scalia wrote in dissent in that case. “This practice of constitutional revision by an unelected committee of nine, always accompanied (as it is today) by extravagant praise of liberty, robs the People of the most important liberty they asserted in the Declaration of Independence and won in the Revolution of 1776: the freedom to govern themselves.”

Republicans are endorsing the evolution of the Constitution not by amendment, as the Founding Fathers intended, but by raw judicial power.

Justice Clarence Thomas has received much grief for saying that the Supreme Court should address as soon as possible other “demonstrably erroneous” decisions, but he is right. If Republicans don’t agree with him, if they take the view that we should all pretend that Obergefell is constitutional, how are they any different than the “living Constitution” Democrats? Moreover, selective originalism is a very weak branch on which to sit. It makes the principle for overturning a ruling not its unconstitutionality but its apparent unpopularity, which means that any originalist ruling, including Dobbs, can be discarded the moment it proves polarizing.

Is the GOP the party of the Constitution or not? By submitting to the left’s hectoring and waving the white flag on much of its cherished judicial activism of the last 50 years, Republicans reveal themselves as only very weak and occasional constitutionalists. Contrary to all of their rhetoric, they are endorsing the evolution of the Constitution not by amendment, as the Founding Fathers intended, but by raw judicial power. Such “living Constitution” jurisprudence renders the actual one dead and establishes the Supreme Court as a political body engaged in an ongoing constitutional convention of revision. As Scalia warned in his Obergefell dissent, the majority on the Supreme Court, under such thinking, becomes “the Ruler of 320 million Americans coast-to-coast.”

On Obergefell, the GOP is acceding to this despotism not just out of craven political fears but also out of a lack of conviction about that ruling’s harm. The party of “traditional family values” now sends out tweets in celebration of “Pride Month.” Sen. Kevin Cramer, a Republican from North Dakota, has said that gay marriage “is not dangerous.” “We’re watching an old world go away and we’re entering this new world,” says Dave Rubin, a podcaster in a gay marriage who has surrogate children. “I’m part of this new conservative world.” 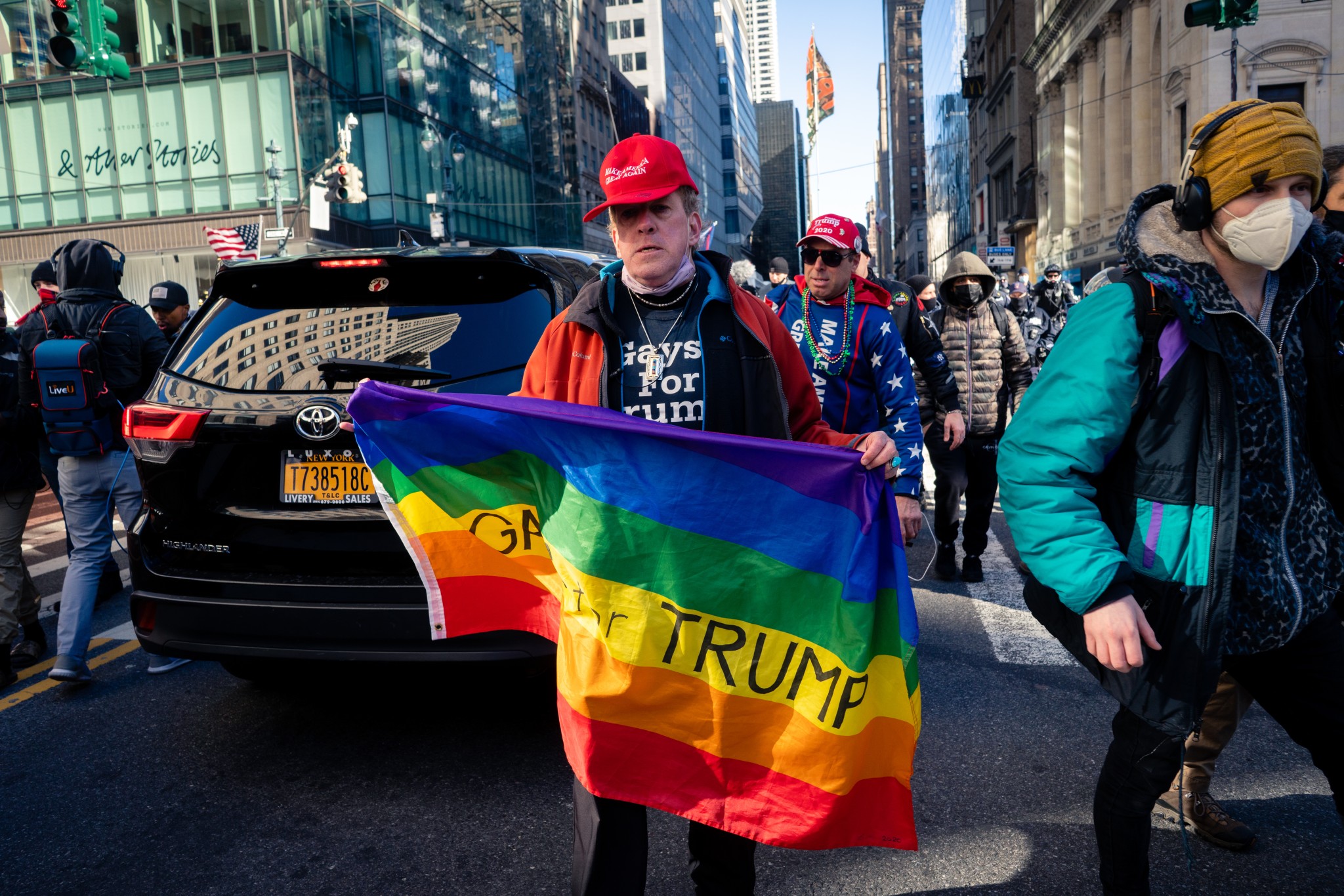 A Trump supporter marches in New York City on March 6, 2021, while carrying a “Gays for Trump” flag. (Shutterstock/Wirestock Creators)

But what good is a “new conservative world” that ratifies the liberalism of yesteryear? If our politics is reduced to two offerings of social liberalism, which differ only in the speed of implementation, the collapse of Roe v. Wade won’t matter very much in the end. The Dobbs decisions can only stand if the post-Roe sexual revolution recedes and America returns to its Judeo-Christian roots.

The GOP’s acceptance of the Obergefell ruling is more than just unprincipled originalism. It also betrays its shallow understanding of America’s decline and its unwillingness to renew the country according to a sound moral and political philosophy. America’s recovery is impossible without the restoration of the traditional family. Almost all of America’s pathologies stem from its dissolution. If states can’t pass laws that protect the traditional family, as the Obergefell ruling in effect decreed, then they can never truly solve their problems and restore a civilized democracy. They are stuck with a woke and dysfunctional political order imposed on them by a judicial elite.

The GOP exists to undo that disorder, not cement it in place. The GOP should welcome, not recoil, from the prospect of other wildly unconstitutional rulings falling after Roe. The media’s scaremongering claims about the Supreme Court repealing the whole body of judicial activism from recent decades aren’t scary at all. Would that those claims came true. That would simply return America to constitutional governance and force the left to advance its woke revolution by constitutional amendment, not by manufactured judicial fiats.

But as liberals learned with the failure of the Equal Rights Amendment, those constitutional amendments are very hard to pass, and so they seek to alter the Constitution by judicial activism. A GOP truly committed to the Constitution would never help them.