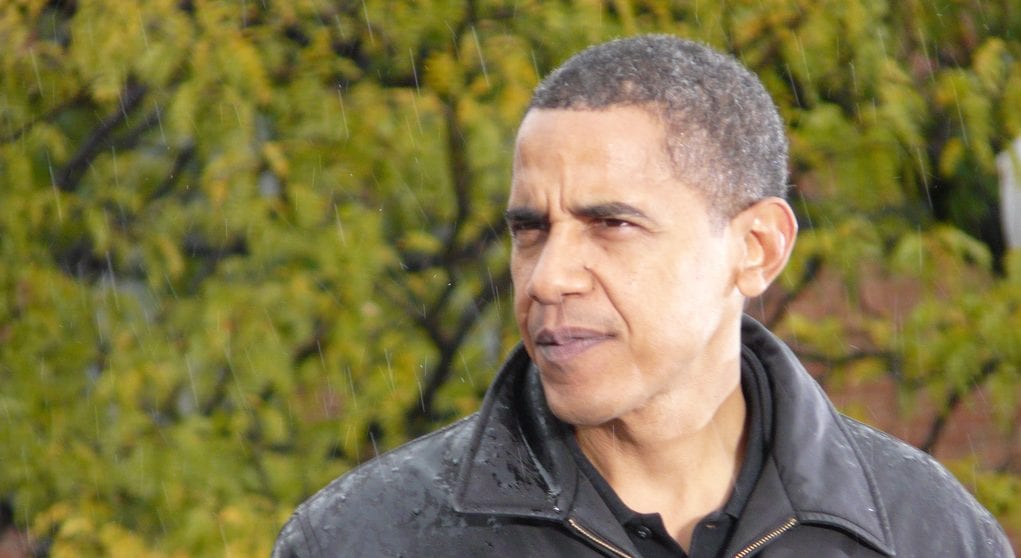 The scandal with Obama’s secret M.I.T. talk isn’t that Obama demands secrecy from people he speaks to, including the media. The scandal is that the attendees and media comply.

Reason Magazine received a recording of the event but they’re not giving away their sources. The media and speech goers were told that they would never again receive access. These sycophants or cowards, choose one, didn’t give up their names, just the content:

On Friday, former President Barack Obama spoke for an hour to an audience of hundreds of people at a major sports policy conference at MIT, but his remarks were off-the-record and kept completely secret by virtually all attendees, who had to agree that they would not record, photograph, tweet, or report on the event before being granted a seat in the audience. Reason obtained a recording of the speech, however, and the most newsworthy thing about it is the simple fact that the public wasn’t supposed to hear it.

Who, from the media, attended and complied with the diktats of His Royal Highness Barack Obama? There should be a list made of these organizations.

From the Boston Herald’s Joe Battenfeld, who was not impressed:

And if you violated the ban? The journalistic equivalent of the death penalty.

Oh, no! We can’t cover any more SSAC events? How ever would we survive?

This is a tactic more suited to Russia than America. Scratch that. Even Russia under President Vladimir Putin wouldn’t pull this. Maybe the old Soviet Union.

Here in the U.S., it’s unheard of to ban reporting on a speech, even if it’s at a private event. Maybe banning cameras, but not actual freedom of speech.

But that’s exactly what the analytics conference demanded of everyone who attended the sold-out event. The conference even restricted when the audience could line up to get into the convention center. And if someone tried to pull their phone out during the speech, they were set upon by SSAC goons.

And the media, save for a few examples, is silent.

This is not new, but it is a scandal. Barack Obama met with Louis Farrakhan an anti-semite. The media had images from the event, other people, supposedly of good character, had the image, and no one thought that it was noteworthy enough for the American people to see that their Senator and future presidential candidate hob-knobbed with someone who hates Jewish people.

Former Harvard Law School professor Alan Dershowitz slammed former President Barack Obama over the weekend, following the revelation that the then-US Senator had met with Nation of Islam leader Louis Farrakhan on Capitol Hill more than a decade ago.

Last week, a photograph taken during a 2005 meeting between Farrakhan and Obama, then a freshly-minted US Senator from Illinois, was revealed to the public for the first time.

The photographer, Askia Muhammad, told Fox News Thursday night that the Congressional Black Caucus had arranged the meeting, and subsequently pressed Muhammad to conceal the photograph.

Farrakhan, a controversial figure in the Black Muslim community in Chicago, has a history of using explicitly racist and anti-Semitic rhetoric.

In 1984, Farrakhan was recorded calling Judaism a “gutter religion”, leading the US Senate to condemn him in a unanimous 95-0 vote.

The press colluded with Obama to make him look good and to remove the stench of anti-semitism.

As President, Obama reigned over the most secretive government in history. The media, again, just shrugged or worse, helped hide information. Ever watched the Khalidi video? No?

During the M.I.T. sports talk, Mr. Obama reiterated that his administration was free of scandals and had nothing to be embarrassed about. Well, that’s because the man is shameless.

That the media refuses to do its job covering a president who believes he’s above the law is shameful.