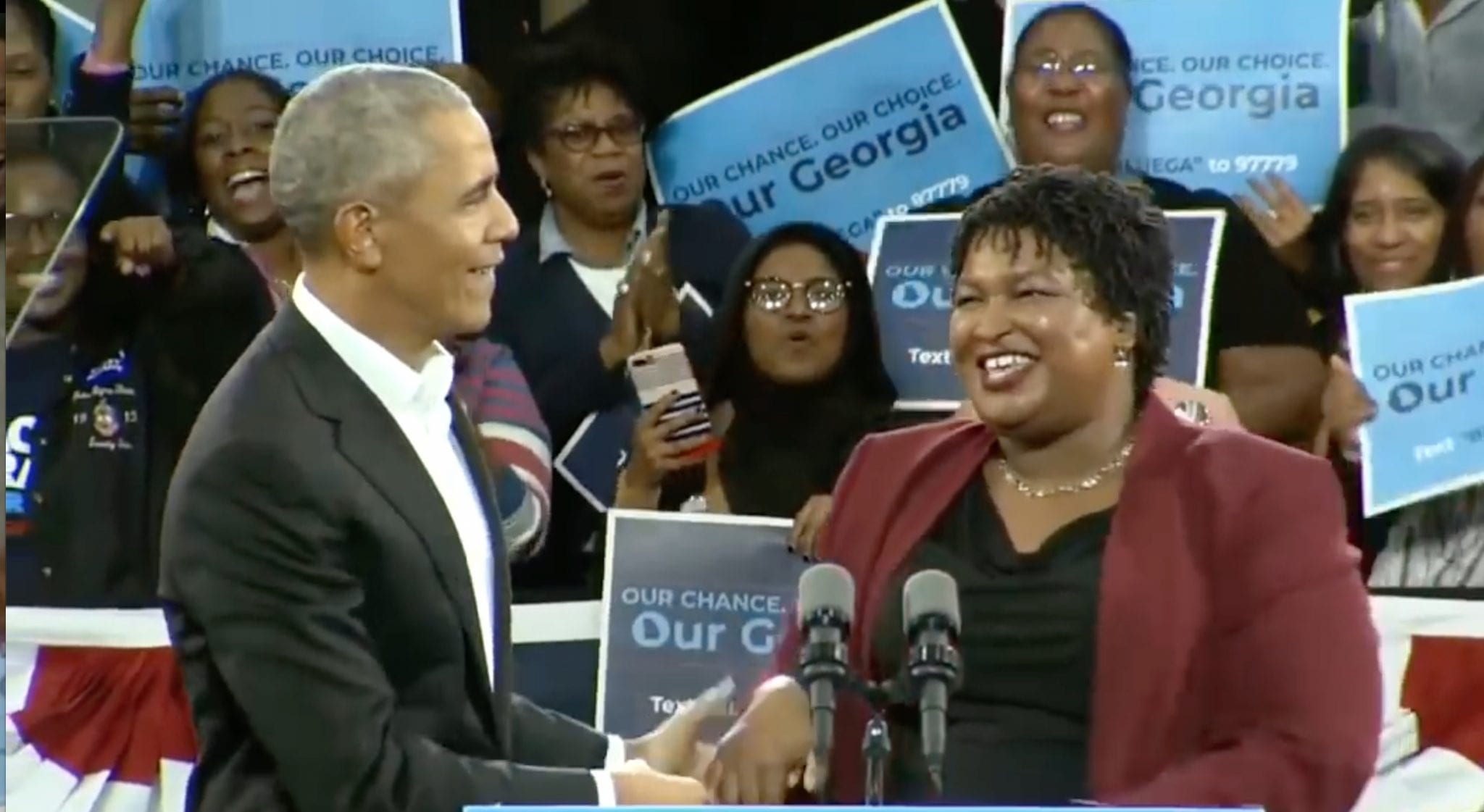 Obama-appointed federal judges have brazenly rewritten election statutes to favor Democrats challenging the outcomes of races in Florida and Georgia. In both states, however, the apparent losers haven’t benefited from arbitrary changes these partisan jurists made in the laws by which election officials are legally bound. Thursday, for example, an Obama appointee changed the rules governing how mail-in ballots with signature mismatches must be handled in Florida — just hours before the legally-mandated recount deadline. In Georgia, two Obama appointees changed the rules regarding how to count incomplete absentee ballots, provisional ballots, and even delayed certification dates. None of it worked.

The Florida ruling was handed down by U.S. District Judge Mark Walker, who was nominated by Obama in 2012. Walker is a happy partisan who salts his rulings with sarcastic editorial allusions to Governor Scott’s administration and whose wife has made campaign contributions to the governor’s Democratic opponent in the Florida Senate race, Democrat Bill Nelson. His decision begins with a cheesy football analogy and ends up giving voters until Saturday to figure out how to sign their names in a way that resembles the signature on their registration paperwork. Walker has been involved in a long running gun battle with Governor Scott for years over voting issues. The Tallahassee Democrat reports:

Walker… has a history of ruling against Scott administration policies and procedures. He ordered Scott to extend voter registration deadlines after Hurricane Matthew in 2016 over Scott’s objections, and in 2018 he declared unconstitutional the Florida Cabinet’s right to vote process for felons.

It goes without saying that the lead Democratic pettifogger, Marc Elias, was happy with Judge Walker’s Thursday morning ruling. Elias tweeted, “Big victory in our Florida signature mismatch lawsuit! Federal court extends deadline for voters to ‘cure’ their rejected ballots until Saturday at 5pm. Per Court: ‘Disenfranchisement of approximately 5,000 voters based on signature mismatch is a substantial burden.’” Likewise, in Georgia, the Stacey Abrams campaign was delighted with the decision of Obama appointee Steve Jones, who ruled late Wednesday that the state must make sure that each county’s vote tally includes absentee ballots with missing or incorrect birth dates. The Abrams campaign gloated:

Now, the courts are doing what Brian Kemp’s Secretary of State office refused to — upholding and protecting Georgia’s rights and underlining the need for free and fair elections in a state that has suffered from an acute assault on voting rights engineered by none other than Secretary of State Brian Kemp.

U.S. District Judge Steve Jones was nominated by Barack Obama in 2011. His temperament is a good deal less flamboyant than Mark Walker’s but he is a reliable ally of the Democrats. His Wednesday evening decision came on the heels of another Abrams-friendly ruling from yet another Obama appointee, U.S. District Judge Amy Totenberg. Her ruling was the result of a suit filed before the election by Common Cause, which accused the former secretary of state of all manner of misdeeds, including “acting recklessly” when the Georgia voter registration database was allegedly found to be vulnerable to attacks. Totenberg also ordered the Peach State to delay its certification date and “protect” all provisional ballots:

The Kemp campaign continues to encourage Abrams to concede because no matter how many lawsuits she and her surrogates file with Obama-appointed judges the math remains against her. As of Thursday night, Abrams is running behind Kemp by 54,966 votes. She refuses to concede, however, claiming that her intransigence is less about her political fate than a noble fight to preserve the republic: “I am fighting to make sure our democracy works for and represents everyone… I am fighting for every Georgian who cast a ballot with the promise that their vote would count.” Her actual goal is to force a runoff, which requires her to force Brian Kemp’s percentage below 50%. And that will require divine intervention.

This is pretty much the situation down in Florida as well. Despite the army of attorneys flown into the Sunshine State to assist in stealing the election on behalf of Bill Nelson — and the assistance of Obama-appointed judges — Scott appears to be gaining ground. According to a report by the Washington Examiner, he picked up 865 votes from the machine count mandated by Florida law in a race won by such a slim margin. Now, the state appears to be headed for a tedious and, for the Nelson campaign, fruitless hand count. The only way to let the exhausted election workers off the hook, not to mention the anxious voters, is for Bill Nelson to concede that he lost. Governor Scott said as much in a statement:

Last week, Florida voters elected me as their next U.S. Senator and now the ballots have been counted twice.… We need to put this election behind us, and it is time for Bill Nelson to respect the will of the voters and graciously bring this process to an end rather than proceed with yet another count of the votes — which will yield the same result, and bring more embarrassment to the state.

And to put the tin hat on it, even Judge Walker has had enough. He refused Nelson’s request to extend the machine recount thus: “This Court must be able to craft a remedy with knowledge that it will not prove futile. It cannot do so on this record.” He’s clearly weary of mercenaries like Marc Elias. Yet he still aimed a cheap shot at Scott. Insinuating that Florida’s infamous electoral ineptitude is somehow the governor’s fault, he growled, “We have been the laughing-stock of the world, election after election, and we chose not to fix this.” Perhaps if Walker and Obama’s other appointees spent less time creating loopholes for Democrats to exploit, and more time jailing sleazy election supervisors, it might stop.