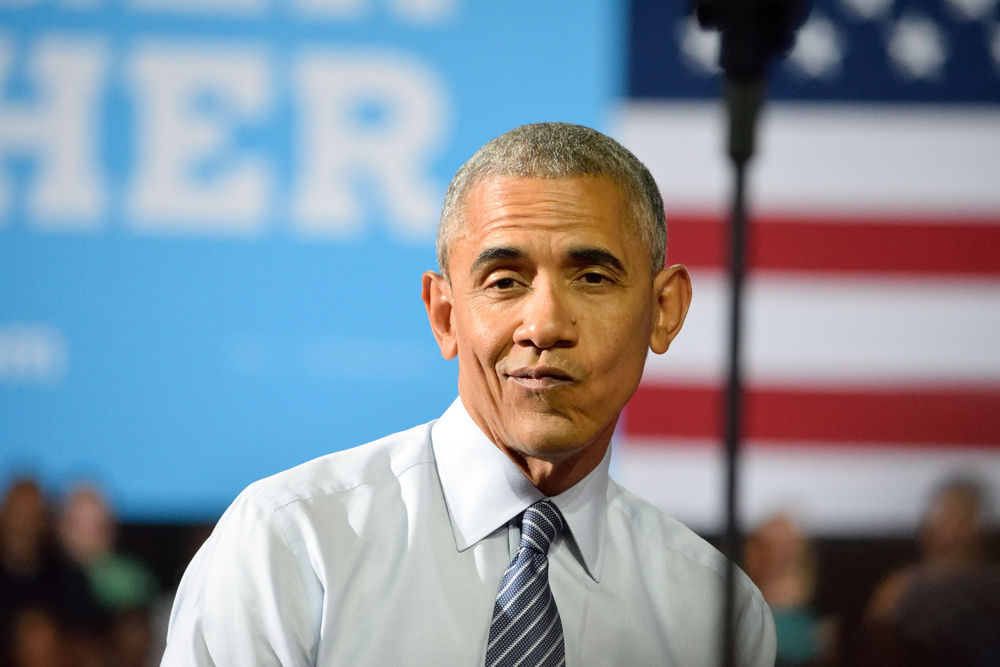 Now that the White House has turned into an assisted living facility, people are naturally curious about which of the patient-in-chief’s caretakers is actually running the country.

Unfortunately, the curious do not seem to include the Big Media types in the position to find out. At least a few of these journalists have intimate ties with the White House. It would seem, however, that to maintain those ties, they have to pretend that President Joe Biden is still compos mentis. He is clearly not.

Journalists on the outside are free to tell the truth about Biden but are forced to speculate as to who at the White House is backstage running the show. The tea leaf readers in my Twitter feed seem convinced that, if anyone, it is former President Barack Obama. They are sure their man is Marxist enough to have managed the party’s undeniable sharp turn to the left.

I think otherwise. I have no more inside knowledge than the next guy, but in preparation for my forthcoming book, Barack Obama’s Promised Land: Deplorables Need Not Apply, I have had to read not only Obama’s latest memoir, A Promised Land, but just about everything he claims to have written or that has been written about him.

What I have learned is that like any gifted sleight-of-hand artist, Obama has gotten his audience to focus on the wrong object. Pundits have debated his ideology — Marxist, socialist, progressive, pragmatist — and even his religion — Christian, Muslim, atheist — but they rarely questioned his commitment.

Although clearly immersed in leftism since childhood, even Marxism, he never left the shallow end of the pool. As president, he proved so adept at breaking promises because he did not care deeply enough to ensure those promises were realized. What mattered more was that he be seen striking the right pose, finding the right groove, spinning the right narrative.

Obama is not a serious man. Never was. To this point, Obama’s best biographer, Pulitzer Prize–winning civil rights historian David Garrow, titles his summary chapter on the Obama presidency, “The President did not attend, as he was golfing.”

Serious progressives in the Democratic Party have long thought of Obama as a dilettante. During his first term, for instance, outspoken black professor Cornel West chided Obama relentlessly for his half-hearted commitment to the leftist cause. Worried about losing face, Obama confronted West at the National Urban League Convention In July 2010.

He came down to West’s seat and hissed within earshot of others, “I’m not progressive? What kind of sh*t is this?” Obama’s account of this well-documented confrontation would have made good reading. Too bad he doesn’t share it in A Promised Land.

What Obama does share in his new memoir, although no one seems to have noticed, is his unease with his party’s leftward shift. In A Promised Land, there is not a single reference to an American left wing, let alone a far-left wing. Nor do we hear of any American socialists. For Obama “socialist” is an empty accusation leveled by what he calls “the crazies,” as in, “I was also a secret Muslim socialist, a Manchurian candidate,” or “[Joe the Plumber] had unmasked my secret, socialist income-redistribution agenda.”

Obama even rejects the label “progressive” to describe his political philosophy. He sees progressives as less extreme than the “crazies,” but he imagines them the way President Kennedy imagined “liberals;” uneasy allies at best, self-righteous prigs at worst. In A Promised Land, they stand outside his inner circle prodding him unreflectively to the left. He writes, for instance, of “progressives unhappy that we hadn’t done more to remake the banks” and of progressives with their “impractical demands.”

The label he seems most comfortable with is “liberal,” but even this word makes him squirm. In the memoir, for instance, he describes the people who attended a 2008 San Francisco fundraiser on his behalf as “latte-drinking, Prius-driving West Coast liberals,” as if those latte drinkers were a class apart. As Obama made comically clear in Iowa a year earlier, they were not.

Said he on the campaign trail in response to a question on rising grain prices, “Anybody gone into Whole Foods lately and see what they charge for arugula? I mean, they’re charging a lot of money for this stuff.” At the time, there was not one Whole Foods store in the entire state. Unfortunately, Arugula-gate does not make the memoir. That’s a shame. It would have added some welcome humor.

The one label Obama does reject is “centrist,” a label he identifies with the “triangulating, Davos-attending, Wall Street-coddling, Washington-focused” presidency of Bill Clinton.

This uncertainty speaks to the question of who Obama really is, a question he never quite addresses because he may not know the answer.

After nearly two decades of national exposure, Obama continues to remind us a little too much of Woody Allen’s Zelig, a character Vincent Canby of the New York Times described as “so pathologically nil that, over the years, he has developed the unconscious ability to transform himself, physically and mentally, into the image of whatever strong personality he’s with.”

As president, Obama’s bourgeois lifestyle and cool demeanor made him all the more effective as a front man for a movement that had grown increasingly strident, even punitive. As ex-president, he is simply redundant. Although still willing to sell what he lacked the stomach to lead, the Left no longer needs the service of a front man like Obama. They’ve got an even more pliable one in the White House.