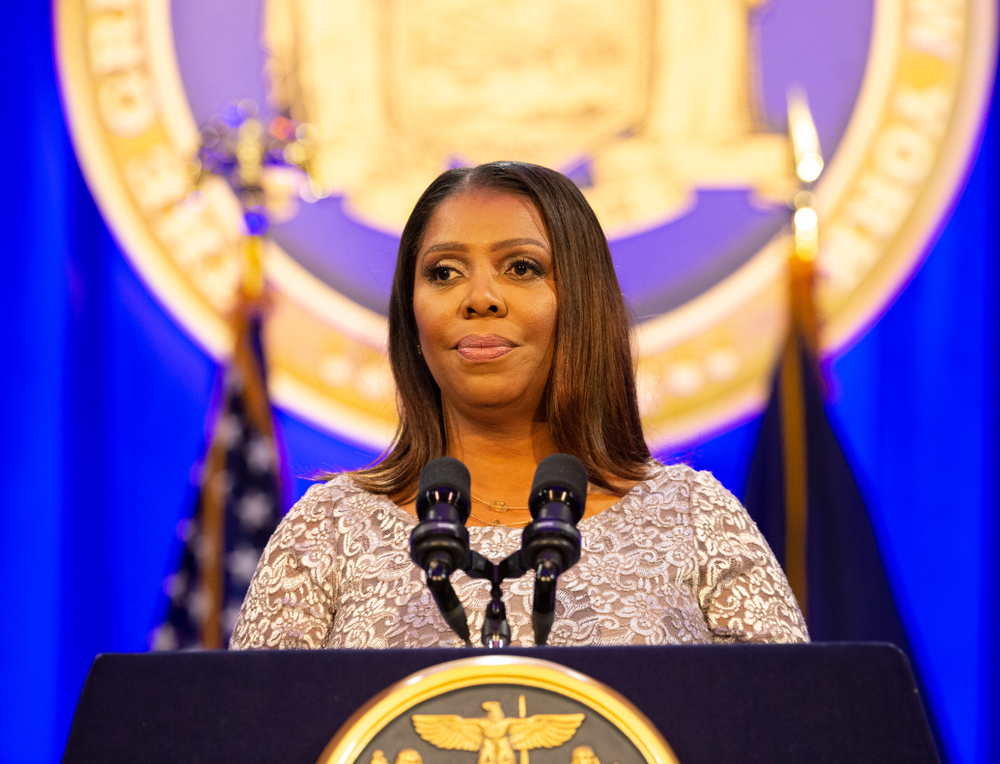 While the debate over gun regulation has been longstanding, the current iteration involves an attempt not only to wrest legal weapons out of the hands of law-abiding citizens but also to prevent them from even speaking their minds about the issue. The assault extends from both partisan states attorneys general to the White House itself.

President Joe Biden has vowed to “defeat” the National Rifle Association (NRA). Note the language. He doesn’t talk about opposing the organization’s goal of allowing citizens to fully practice their Second Amendment rights, but plans vanquish a constitutionally protected alliance of citizens from expressing their opinion. That’s a vital distinction.

New York State Attorney General Letitia James, who famously found various excuses to sue the Trump administration, has filed a lawsuit “seeking to dissolve” the NRA. The excuse, or rather the grounds, specifically charges the NRA as a whole, as well as Executive Vice-President Wayne LaPierre, former Treasurer and Chief Financial Officer (CFO) Wilson “Woody” Phillips, former Chief of Staff and the Executive Director of General Operations Joshua Powell, and Corporate Secretary and General Counsel John Frazer with failing to manage the NRA’s funds and failing to follow numerous state and federal laws, contributing to the loss of more than $64 million in three years for the NRA.

James alleges that the NRA has used funds to benefit its leaders. Even if true, dissolving the organization based on that would be without precedent, especially in New York. Writing in the Hill, Jonathan Turley notes that “Union and religious leaders are often accused of lavish spending on their travel or other job perks. Few have been prosecuted. The National Action Network of Al Sharpton paid him more than $1 million in compensation in 2018 and another $500,000 for rights to his life story. While it is based in New York, James has not tried to dissolve it or other organizations.”

The use of questionable lawsuits to silence those opposing leftist policies is a growing trend. Dominion Voting Systems, which is part of the controversy surrounding the 2020 election, has brought an action seeking an astounding $1.3 billion defamation action against “My Pillow” founder Mike Lindell, who has publicly stated his belief that Dominion’s voting machines were biased against the then-incumbent president in the 2020 election. Donald Trump and Rudolph Giuliani have been similarly assaulted.

For its part, the NRA has countersued James on the grounds that she is weaponizing her position to silence and intimidate those with differing views. The pro–Second Amendment group states that the New York attorney general not only lacks the authority to take the action but is engaging in an action simply out of political partisanship.

Daniel Payne, writing for the Federalist, notes that “For quite some time the American Left has been busy turning American law into a partisan political weapon. Various progressive factions have undertaken a disparate and uncoordinated but still ideologically homogeneous effort to criminalize dissent using the courts and statutory law.”

The abuse of legal process has long been recognized as an offense against justice. As explained by the Stimmel Law firm: “The turmoil and expense of litigation can cause significant harm in and of itself and may be a weapon to injure another even if the underlying case allegedly justifying the action is not considered viable by the very party bringing it. The case, itself, becomes the tool used to harm another.” The standard for bringing a case to court is not particularly high. Lawyers like to joke that a ham sandwich can be sued for lacking mayonnaise.

Well-funded leftist organizations have taken to the practice with true vigor. More distressingly, however, has been the enthusiasm with which elected officials have done so. Martin Morse Wooster, writing for the Capital Research Center, notes that “Aiming to reshape society, state attorneys general wield ever-expanding powers over private corporations, foundations and nonprofits. Their activities — too often motivated by ideology and politics — frequently undermine the very institutions they are supposed to protect.”

Direct assaults on the Second Amendment have not been particularly popular nor have the numerous attempts been effective. The misuse of the legal process to weaken those supporting the right to bear arms is an attempt to change that.

Frank Vernuccio serves as editor-in-chief of the New York Analysis of Policy and Government.