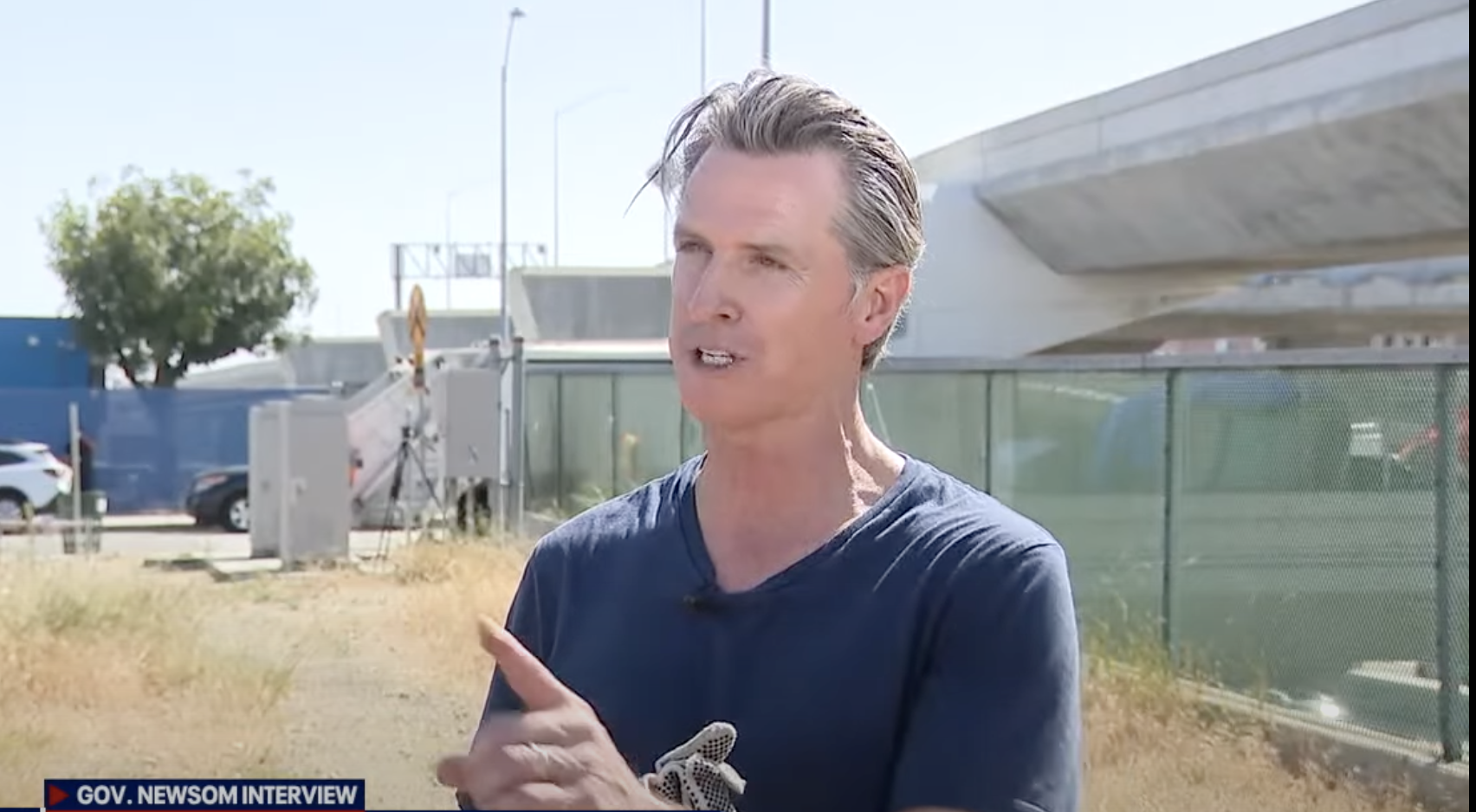 Facing a likely recall election, California Gov. Gavin Newsom is in the enviable position of having a state budget that’s awash in cash and the ability to shower residents with stimulus checks and other giveaways. In announcing the California Comeback Plan, the governor detailed his proposal to spend $100 billion in additional revenue — $75 billion in a budget surplus plus $25 billion in federal aid. It’s Christmastime in May, which just might ameliorate voter anger.

“Every Californian has been impacted by this pandemic, and the sacrifices we all made this past year have resulted in a historic surplus — I’m here to announce that we’re investing in you,” the governor said last week. He promised “the nation’s largest state tax rebate and small business relief programs in history” as well as “unprecedented investments … to address California’s most-persistent challenges.” It’s bad budgeting, but good politics.

Heading into the coronavirus shutdowns, California officials had predicted a coming $54 billion budget deficit and enacted a variety of cutbacks and budget sleights of hand to help the state get through this crisis without having to change its free-spending ways. In January, Gov. Gavin Newsom had predicted a $15 billion surplus. The latest Department of Finance surplus numbers, revealed in the May budget revision, astounded almost everyone.

Newsom is digging a deeper hole to help finance these giveaways.

We certainly can debate the wisdom of the direct cash payments. I almost always oppose such giveaways, of course, but the state did in fact shutter businesses for more than a year and reduce the ability of millions of Californians to earn a living. We might think of some of these dollars as the equivalent of a government reimbursement for a “taking.”

And it’s hard to complain about any tax rebate (provided it’s an actual rebate and not a redistribution) — even if it would be far better to permanently lower the state’s highest-in-the-nation income-tax burden. As usual, though, Newsom’s rhetoric vastly exceeded his actual proposals. For starters, the nonpartisan Legislative Analyst’s Office (LAO) threw cold water on the surplus figures by pinning the number at around half of the governor’s estimates.

The governor included in his figure “constitutionally required spending on schools and community colleges, reserves and debt payments,” according to the LAO. “We do not consider these spending amounts part of the surplus because they must be allocated to specified purposes.” More significantly, the LAO dinged him for fiscally imprudent steps — namely, using “$12 billion in reserve withdrawals and borrowing to increase spending.”

In other words, Newsom is digging a deeper hole to help finance these giveaways. And it doesn’t take any sophisticated budget analysis to see that the governor’s promise to rebuild California’s crumbling infrastructure through “unprecedented investments” is equally overstated. Recent surveys place California near the bottom of state-by-state lists for the condition of its roads, freeways, bridges, and other crucial infrastructure.

Every Californian understands our long-standing highway mess. An unexpected influx of cash would provide an unprecedented opportunity to clean up some of the backlog and catch up for decades of inaction. Buried on page 181 of his 235-page budget document, the governor finally details his “significant” new transportation investments.

Primarily, the investments “move the state away from yesterday’s fossil fuel-based technologies,” “advance projects statewide to improve rail and transit,” “help complete high-priority projects to move people throughout the state seamlessly in time for the Los Angeles Olympics in 2028,” “create thousands of good-paying jobs,” and “reduce at least 26 million metric tons of CO2 from the environment.” They also “make investments that address inequities in the transportation system.”

Few of those spending projects involve what most of us would consider actual infrastructure investments. Specifically, the new spending earmarks $1 billion for the Olympics, $500 million to promote walking and biking, $1.4 billion for zero-emission buses and trucks, and $407 million to fund zero-emission rail and transit equipment purchases. It also invests in highway beautification.

The budget directs $2 billion (nearly half of it from federal dollars) for local roads and bridges and spends a whopping $4.2 billion to keep alive the state’s preeminent boondoggle — a high-speed rail system that currently plans to move people from the bustling metropolises of Merced to Bakersfield. It’s hard to see how this amounts to “building infrastructure for the next century.”

Prior to the governor’s budget announcement, he detailed his bold plan to spare Californians from the effects of the latest drought. “This package of bold investments will equip the state with the tools we need to tackle the drought emergency head-on while addressing long-standing water challenges and helping to secure vital and limited water supplies to sustain our state into the future,” the governor said with his usual hyperbole.

Since the last drought, the administration has done little to rebuild our water conveyance system, increase water-storage capacity, and push through desalination, water recycling, and other necessary projects that actually funnel more water into the system. This $5.1 billion package includes some long-needed expenditures, such as funding to provide potable drinking water in some impoverished communities in the San Joaquin Valley. But little of it will boost water supplies.

The proposal is filled with earmarks for wildlife corridors, fish-passage projects, data collection efforts, water-efficiency grants, habitat restoration, land repurposing, and cleaning up groundwater contamination. Many of these projects are useful or at least defensible — but they’re not really about nuts-and-bolts water investments. As always, you’ve got to check the fine print whenever California officials promise to rebuild “infrastructure.”

Consider the budget windfall another missed opportunity for California to right its ship of state by, say, using the surplus to lower its overall tax burden, pay down its unfunded liabilities, and rebuild its long-neglected infrastructure. Instead, we get a tsunami of new spending that will mainly serve the purpose of derailing an effort to recall the governor.