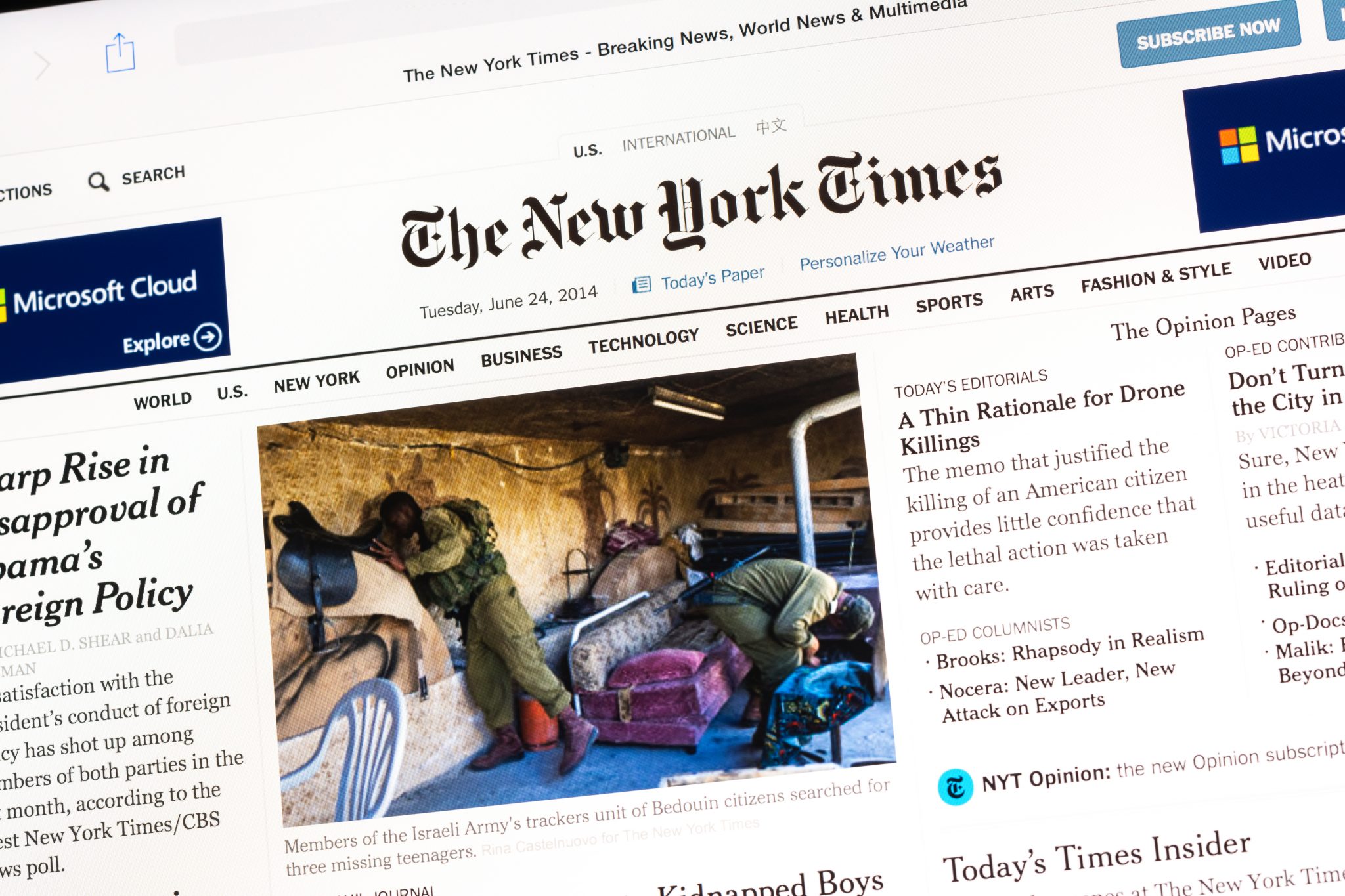 With American wariness toward China at its highest in recent memory, organizations that once flaunted Chinese patronage are now quietly cutting ties. The Washington Free Beacon reported on Tuesday that the New York Times had deleted some 200 pro-China “advertorials” that it had run over the last decade.

The ads, which were placed by China Daily and ranged from videos to texts designed to look like articles, helped to disseminate Beijing’s viewpoints to an American audience. They often focused on downplaying or obfuscating human rights abuses, such as China’s treatment of Uyghurs in Xinjiang, in order to promote tourism.

China Daily is owned by the Publicity Department of the Communist Party of China, a dedicated propaganda organ.

The Times is not alone in providing a platform for the CCP in exchange for cash. According to a 2019 report by the Free Beacon, outlets such as Washington Post, Wall Street Journal, and Financial Times have been paid millions of dollars over the past seven years to run over 700 online ads and 500 print articles authored by China Daily. Activity peaked in 2016, when the Washington Post alone printed almost 100 pages of such ads and was receiving more than $100,000 per month. The report notes that the Post does not point out in the advertorials that China Daily is run directly by the Chinese government.

Rep. Jim Banks (R-Ind.), a well-known China hawk, praised the Times’ decision to wash its hands of Beijing’s party line, saying, “I hope the other outlets follow suit and start putting American values over Communist bribes.” The Post told the Free Beacon that it had run zero China Daily advertorials since 2019, but did not confirm that its relationship with the Chinese outlet had been formally terminated.

China’s attempts to shape the views of news readers are only one part of its sophisticated influence campaign in the United States, Europe, and Australia. The financial dependence that most elite universities in the West have on Chinese international students — many of whom retain their ultra-nationalist views despite the purportedly liberal educations they receive — has made it possible for China to pressure critics in academia. On social media, Chinese intelligence has been caught operating bot networks hundreds of thousands strong.