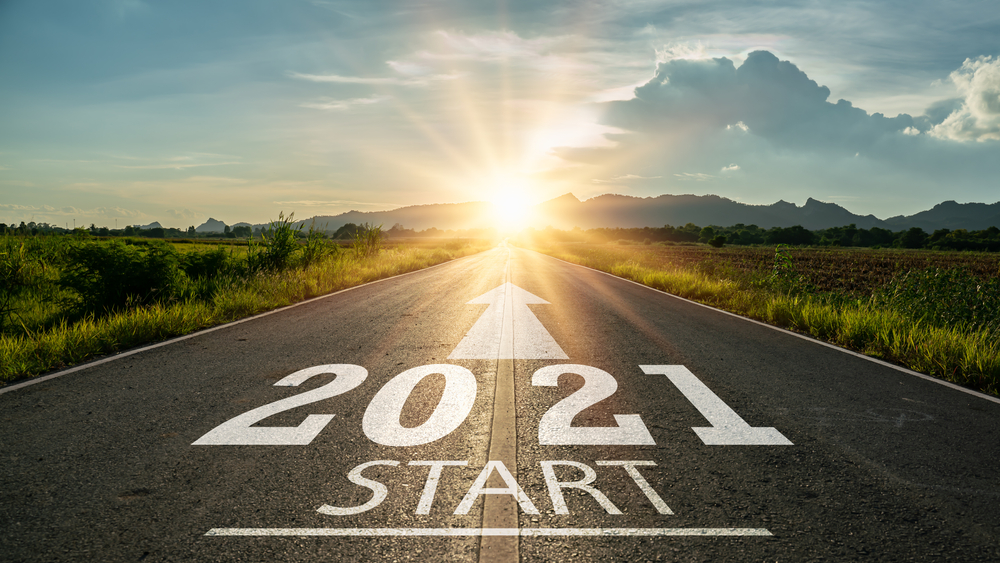 In the end I will be a good boy. The year 2021 starts for me overflowing with optimism. I see life in technicolor. This year I’ll restrain myself from calling the idiots “idiot.” My resolve is firm. The moment I left the house this morning, I noticed a different aroma. Everything smells of Eau de Pfizer. All thanks to Biden. I no longer see masks, but smiles brimming at the eyes. Oh, such is the melody of the change: do you not hear it? This very morning, stuck in a traffic jam, instead of sticking my head out of the window to scream insults at the world at large, as I would have done before, when I was a fascist, I gifted them with an recital of 60s songs sung a cappella at the top of my lungs. They must have loved my token of goodwill, because the stoning they gave me in return went without the customary shouts of allahu akbar or anything. Times are changing.

From now on I am against weapons, police, law, armies, and wars. The world would be a better place if we all just loved each other.

Later I saw Biden on TV, and I understood how unfair I have been to that adorable little old man. Someone who smiles and looks like he does not understand a word of English every time he is spoken to cannot have an evil hair on his head. I feel the same way about Kamala Harris, the mother that all us ex-alcoholics wish we had. Harris competes in beauty and goodness only with Nancy Pelosi, whom in my newfound zest for life, I would be willing to join in holy matrimony, if it weren’t because I am now gender fluent, so I only like women when I’m relaxing. If you rouse me, I get confused.

Even the damn virus seems less obnoxious to me. Let’s be grateful for it has brought us contactless relationships. Plato would have paid for something like this, I’m sure, with his fanaticism for platonic love, and his cavern full of coronaviruses distorting the prodigious outside world. You know you’ve had too much champagne when your idea of Plato’s cave is a country pub with live music from the Blues Brothers.

This year I am going to change my bad eating habits once and for all. From today on I will be teetotal, vegan, eco-friendly, and reusable and will only eat vegetables that have signed their explicit consent for human consumption. I have been sitting at the table for two hours, face to face with a lettuce, waiting for its response to my proposal. The first thing I have discovered is that lettuces lack a sense of time. I don’t know if this is recognized in the canons of veganism, but I’m considering putting a knife to its neck to encourage it to make a decision before it becomes a salad. I have learned this method of peaceful political negotiation from Xi Jinping, candidate for the 2021 Nobel Peace Prize.

From now on I am against weapons, police, law, armies, and wars. The world would be a better place if we all just loved each other and sang Imagine, holding hands, in circles around a campfire. Tomorrow I will call Abu Ibrahim al Hashemi al Qurashi to suggest it. I am sure he will accept. He doesn’t look like a nasty person. Maybe he didn’t have an easy childhood and now he’s working so hard so no one has to have a childhood, or youth, or old age, or anything.

My 2021 is also the year of my conversion to solidarity. More than ever, I am in favor of taxing the rich. More than that, we should throw them to the lions and burn their businesses and mansions. If there were no rich people, the poor could become rich, and the world would be a fairer and, I don’t know, more empowered or resilient place, or whatever it is that the New York Times says now in those editorials where progressive words are made up. Well, I don’t know. I may have to reread Bernie Sanders’ economic speech, but my ultimate show of camaraderie will be to abolish property. Furthermore, tomorrow I plan to dine at Hunter Biden’s, who I’m told gives such a great party that the next day all the guests have completely forgotten about their sorrows — their sorrows, their bank passwords, their home address, and the name of their favorite pet.

My most ambitious goal for this year, though, is to stop climate change. My plan is to operate from now on with electric power only. I’ve been sucking on the wires from a broken socket all morning, and I already feel that the planet is breathing easier. Now I get to places before anyone else, I can turn on the lights without using my hands, and as I walk by, metal objects stick to me. People celebrate when they see me because I look like a Christmas tree. Being a progressive is wonderful.

I’m going to get crazy fat on snacks until I become Michael Moore and can spend the rest of my life creating CGI bears drowning among icebergs. With what I make from my documentaries I will make an offering to George Soros and ask his guidance towards obtaining forgiveness for my past as a capitalist pig.

I can already feel the media’s approval in my bones. I have been inducted into mainstream journalism elite. My new career as a writer starts today. I will go from being a stinking fascist to becoming an acclaimed Mother Jones columnist. It’s a dandy life imparting lessons to everyone from the morally superior pulpit on the left. I feel like Barack Obama the day he discovered that his superpower was his ability to fool everyone all the time.