by Daniel J. Flynn
Shah-du-shamshira in Kabul (Mushtaq B - shutterstock.com) 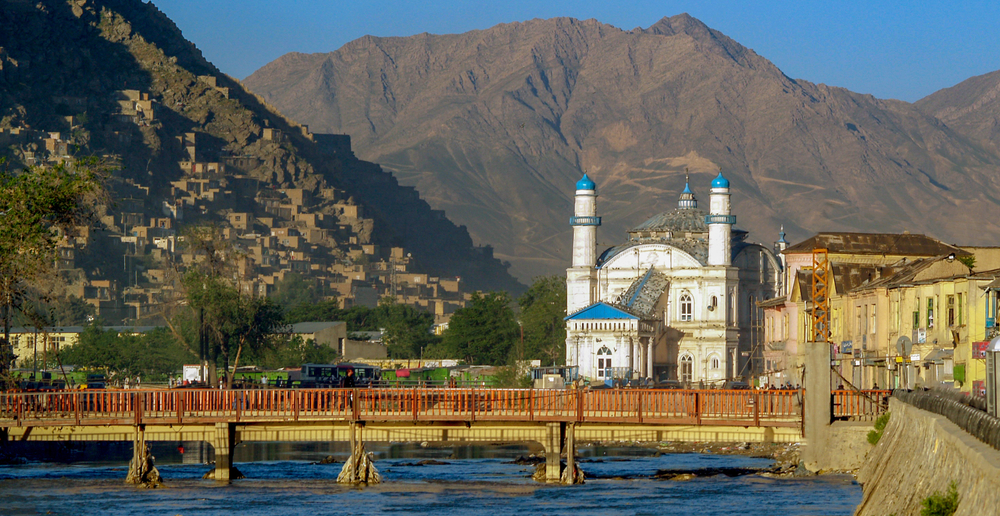 How long would it take a Taliban occupying force here to compel Americans to face Mecca five times a day in prayer, give up bacon and beer, and embrace the more exotic practices of female genital mutilation, honor killings, and dowry marriage?

A century? A millennium? The universal answer, at least among the locals, falls at some point beyond 20 years.

Think about that question when pondering the nation-building exercise in Afghanistan that the United States mission-creeped into once it expelled much of al Qaeda and assassinated Osama bin Laden. We remained for two decades. But as we depart, the same motley crew we sent running to the hills resumes its rule.

Meet the new boss, same as the old boss.

In the wake of 9/11, a crusader-state zeitgeist seduced many; including, especially, those on the political right.

“The free world should not wait for dictatorial regimes to consent to reform,” Natan Sharansky concluded in The Case for Democracy. A slogan, “Iraq the Model,” which became a website allegedly run by two Mesopotamians, implied that the nation-building experiments halfway around the globe served as demonstration projects to convert the Muslim world to a more Western (i.e., pluralist, democratic, tolerant) way of life. Matt Purple, who writes of the folly of Afghanistan in The American Conservative that “[t]he problem was not the length but the design,” quotes David Frum and Richard Perle in An End to Evil: “There is no middle way for Americans. It is victory or holocaust.”

George W. Bush, marinating in the above, universalized the particular values of the West in his Second Inaugural Address. He declared it “the policy of the United States to seek and support the growth of democratic movements and institutions in every nation and culture, with the ultimate goal of ending tyranny in our world.” Why did he come to declare this? “The survival of liberty in our land increasingly depends on the success of liberty in other lands.”

That sounds nice. Is it true? Americans actually lived more freely when half of Europe suffered behind an Iron Curtain. When nearly all of Europe lived under monarchs, we lived freer still. If this were about the “survival of liberty in our own land,” then maybe we ought to invade Vienna and reinstall the Hapsburgs. Leaving other peoples to their own devices, so long as they leave us to ours, seems a more sensible course.

The very real nation-building advocated two decades ago failed for the very reason the hypothetical nation-building for the United States pondered two minutes ago here could never work: one cannot transplant culture and customs. And overthrows always unleash unintended consequences.

The founders said as much in the Declaration of Independence: “Prudence, indeed, will dictate that Governments long established should not be changed for light and transient causes; and accordingly all experience hath shewn, that mankind are more disposed to suffer, while evils are sufferable, than to right themselves by abolishing the forms to which they are accustomed.”

Certainly 9/11 amounted to far more than a “light and transient” cause. It not only justified military action, it demanded it. Disrupting terrorist training camps and hunting down the barbarians who orchestrated 9/11 all seem within the capabilities of our military. Making them like us, either in the sense of similarities or affections, seems a job for something other than an M-1 tank.

In an article in The Economist, Henry Kissinger, no isolationist, points to decentralization, geography isolating one region from the next, and tribalism as impediments to the United States achieving their objectives. But he also notes the far-fetched nature of those aims as undermining the mission. “The military objectives have been too absolute and unattainable and the political ones too abstract and elusive,” he writes. “The failure to link them to each other has involved America in conflicts without definable terminal points and caused us internally to dissolve unified purpose in a swamp of domestic controversies.”

Joe Biden displayed incompetence foreign to his three predecessors in overseeing America’s exit from Afghanistan. In deciding to stick around in Afghanistan for eventually five times as long as we stuck around fighting World War II, Joe Biden’s competent predecessors share blame with him not in this departure debacle but in the bad judgment of staying where our just interests no longer resided.

The nation-building experiment in Afghanistan failed long before a suicide bomber slaughtered 13 of our best on Thursday. And as the administration morphs from rejecting the notion that it strands anyone to lamely committing itself to getting “as many people out as we can,” further exclamation points likely punctuate this failure.

But ideology repeatedly proves itself impervious to the hard lessons of reality. The same people who would laugh at American men destroying public art the way the Taliban does or American women dutifully wearing masks a la adult females under sharia law (Oh, wait! Did this happen here?) still regard the U.S. military as equipped to perform cultural reassignment surgery through that most unwieldy medical implement, the M16.

It may take a few years. But the people who never found irony, unintentional or otherwise, in Rudyard Kipling’s “White Man’s Burden” resume their game of real-life Risk soon enough.

Go send your sons to exile to serve your captives’ need? No thanks.