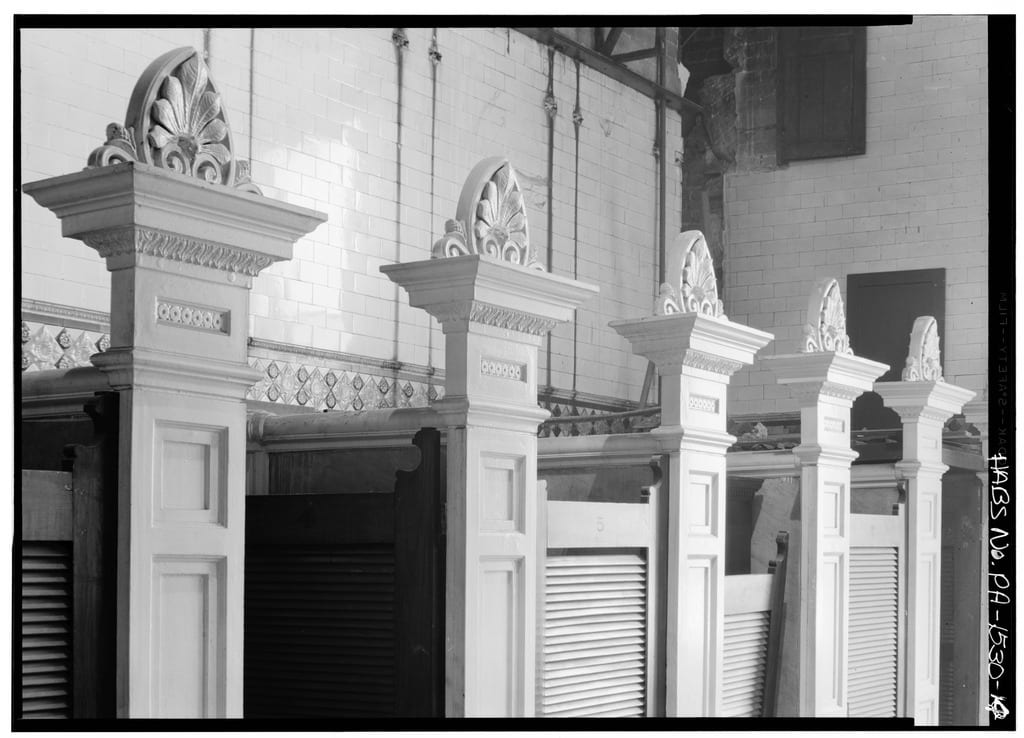 My crack team of investigative journalists is sitting on an explosive revelation about a senior Democrat in the United States Senate. When we will publish this story I have not yet decided, but it could come as early as Thursday when supposedly Brett Kavanaugh and Professor Doctor Christine Blasey Ford will tell their stories in open-door hearings.

Years ago when the Democratic senator was just 17 years old and only mildly thinking of how nice it would be to have a seat in the United States Senate, the young man entered a stall in a public men’s room and left the stall without flushing the toilet. He thought it was funny. He had been drinking, and when he told two friends who were waiting for him outside they all had a hearty laugh. He might have done this on other occasions. We are looking into it. At this point in time I do not want confirm the rumor that the young man was Charles Schumer, but you will just have to wait for Thursday to arrive. Possibly there will be other stories about Senator Schumer and several other Democrats that we are interested in.

There already have been an abundance of other egregious stories about high-ranking Democratic politicians, not all of whom are dead as is the case of Ted Kennedy. For instance there is Congressman Anthony Weiner, former New York Attorney General Eric Schneiderman, former senator Al Franken, and, of course, former President Bill Clinton. He stands accused of rape, if my memory has not failed me. And then there is Congressman Keith Ellison, who is accused by a girlfriend of sexual improprieties. She says she has evidence that he physically and emotionally abused her, but her Democratic friends — or former friends — are not interested in investigating.

We thought that Judge Kavanaugh’s hearing would come earlier than Thursday, and now Democrats are calling for it to come later because they have turned up another accuser, Deborah Ramirez, a Yale classmate of Kavanaugh’s. She has told the New Yorker magazine that she, as with Professor Doctor Ford, “works toward human rights, social justice, and social change.” It is inspiring to see how these two women have had the courage to come out and tell their stories about Judge Kavanagh, or maybe I should say their fantasies about him. Both had apparently been drinking heavily and the parties in which they participated took place decades ago when they were quite young. Actually, they were underaged.

Finally, I should add that all the corroborating witnesses, at least in Ford’s case, claim that they never actually saw Judge Kavanaugh at the party, in some cases they were not actually at the party or never had heard of the party or for that matter never had heard of young Kavanaugh. Not only that, but Ford has no idea how she got to the party, how she got home from the party, or even the whereabouts of the party. Some people are wondering if there ever was a party. All of this testimony has convinced the Democrats that they have to do the same thing they are doing regarding Russians and collusion. They have to redouble their efforts. Their investigations could last a very long time. Yet they are Democrats, so they write the rules.

Now I would like to have revealed my bombshell revelation on Tuesday or Wednesday, but the Republicans who are in charge of the hearings wilted under Democratic pressure. The Democrats would like to delay the hearings even longer while they attempt to corral ever more witnesses to Kavanaugh’s heinous behavior. Give the Democrats a little more time until a few more women can snatch fame from obscurity and parade the rest of their lives from campus to campus as experts on sexual abuse and other related enormities.

The Republicans who are allowing this travesty to continue have no idea whatsoever how it will end. They have allowed it to go on to the point where they are now in danger of completely losing control of the Kavanaugh hearings. We cannot say how many people can come forward with lurid stories, but we can say that this late in the game the Democrats will claim everyone should get a hearing. No matter how many questions they cannot answer. Or how many questions make them uncomfortable. Or how many questions make them vaguely nauseous. They are Democrats and they oversee the rules of politics in America. The Republicans apparently just go along with them.