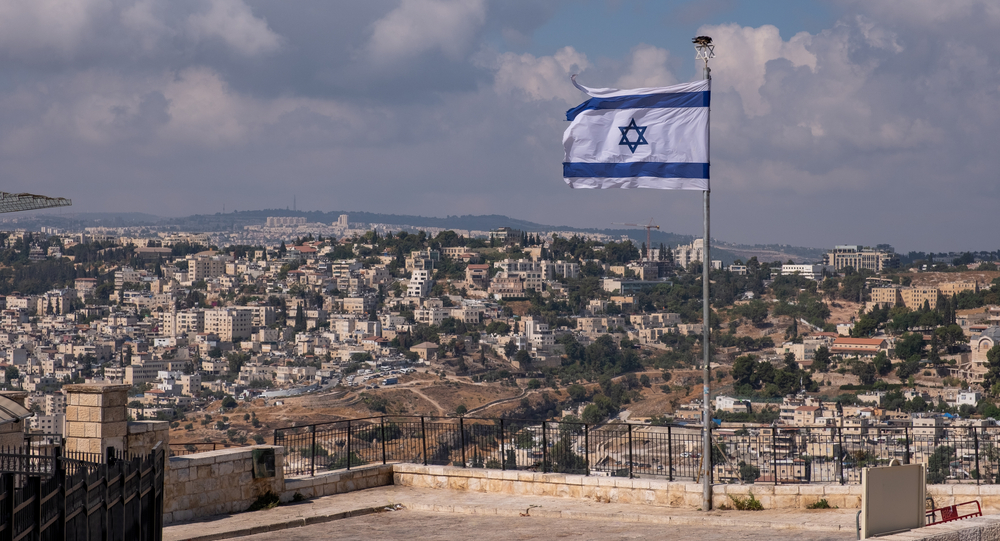 Originally from Pakistan, Noor Dahri is the founder and executive director of Islamic Theology of Counter Terrorism, a UK-based think tank. He has authored and edited five books and will soon publish IDF: Israel Defence Forces – Ground Forces, Operations, Units & Command & Control. He is a counter-terrorism expert at International Team for the Study of Security (ITSS) Verona, a patron of UK-based Muslims Against Antisemitism (MASS), and a member of the British Association for Islamic Studies and the Henry Jackson Society. The author interviewed Dahri on his views as a Muslim Zionist and his thoughts on the Abraham Accords and on the Biden administration’s quest for a nuclear deal with Iran, among other things.

Postal: You call yourself a “Muslim Zionist.” Can you explain?

Dahri: Zionism is a national movement whose goal was to create a Jewish homeland for Jews in the Holy Land. Presently, Zionism is an ideology that supports Israel’s right to sovereignty, defense, and peaceful coexistence with its neighbors. People regardless of religion, race, or ethnicity can adopt the ideology of Zionism.

How does the Muslim community in England view your opinions on Israel?

Dahri: I believe the Muslim community in England is even more extreme than it is in Pakistan. In 2017, when I first adopted the ideology of Zionism, I received threats from within England’s Muslim community. However, when I visited Israel recently, I did not receive any such threat, which was surprising. I believe that the Abraham Accords have changed many minds. Many Muslims in England sent me best wishes and congratulations on my visit to Israel, and some of them even booked flights to visit Israel for the very first time. I believe this is a victory of Zionism and Israel, the Jewish State.

You recently visited Jerusalem, including the Western Wall and the Temple Mount/al-Aqsa Mosque area. How were you received by Jews and Muslims during your visit?

Dahri: I really enjoyed my visits to both the Jewish and Muslim sites. The Jews were very warm and welcomed me. However, some pro-Palestinian Muslims harassed me on Twitter and asked Palestinian activists to look for me and not let me enter al-Aqsa. This shocked me: Palestinian activists have succeeded in banning Jews from entering al-Aqsa, and now they are trying to ban Muslims who are pro-Israel from entering as well.

When I interviewed you back in 2016, you were one of a very few number of Muslim figures who publicly supported Muslim countries’ having relations with Israel. Now, the United Arab Emirates, Bahrain, and Morocco have normalized relations with Israel under the Abraham Accords. What changed from then until now, and what do you think of the Abraham Accords?

Dahri: The Abraham Accords gave a breath of life to us Muslim Zionists, as it gave us an opportunity to support Israel and the Jewish people openly. Before, I was conducting my advocacy from unknown places, hiding in different cities in England. Those who supported me secretly before now openly support me. Pakistanis who once dreamt of visiting Israel are now actually visiting the country and promoting a positive image of Israel. Soon Saudi Arabia will join the Abraham Accords, God willing.

Do the Palestinians, Palestinian Authority, or even Hamas have a place in the Abraham Accords?

Dahri: Israel would be open to the Palestinian Authority, Hamas, and even Iran joining the Abraham Accords. But they must first stop inciting violence and end financial support of terrorists against Israel. Palestinians would receive great economic benefits if they joined the Abraham Accords, and Israel currently gives them employment, medicine, and education.

What do you think about the recent détente between Israel and Turkey? Do you think Israel can ever trust Turkish President Recep Tayyip Erdoğan?

Dahri: Erdoğan is an Islamist leader who has similar beliefs to the Muslim Brotherhood and Hamas. Israel should not trust Erdoğan, but Israel should keep itself open to a détente with Turkey, its old ally. Israel has reportedly received assurances that Turkey will not shelter Hamas terrorists and will not allow Hamas to conduct operations on its territory, which sounds promising.

Do you see Pakistan as realistically normalizing relations with Israel? What evidence do you have of changing attitudes?

Dahri: Pakistan has had behind the scenes political and military ties with Israel for decades. Pakistani prime ministers like Benazir Bhutto, Nawaz Sharif, Pervez Musharraf, and Imran Khan have sent official delegations to Israel to normalize relations, and these are well documented. Pakistan is close to establishing overt diplomatic ties with Israel. However, such a move must be carefully coordinated, as Pakistan faces a high risk of an Islamist uprising as Pakistan just emerged from a 20-year bloody war against the Islamists. If Saudi Arabia joins the Abraham Accords, this would give Pakistan sufficient cover to join as well.

Should the Biden administration negotiate with Iran over the latter’s nuclear program?

Dahri: No. Negotiating with Iran will strengthen Iran’s militias in the Middle East and the West and will embolden these militias’ drug, arms, and other criminal activity. Delivering billions of dollars to Iran in sanctions relief would endanger the peace of the world. Negotiating with Iran is the same as negotiating with ISIS or al-Qaeda. Israel should work to prevent this deal from happening and/or to eliminate Iran’s nuclear infrastructure completely because such infrastructure poses an existential threat to Israel. (READ MORE from Steve Postal: On Middle East Trip, Biden Comes Up Short)

What should Muslims learn from the Salman Rushdie attack?

The author would like to thank Noor Dahri for his assistance in writing this article.