by George Neumayr
Basilica of the Shrine of the Immaculate Conception. Image: Shutterstock.com 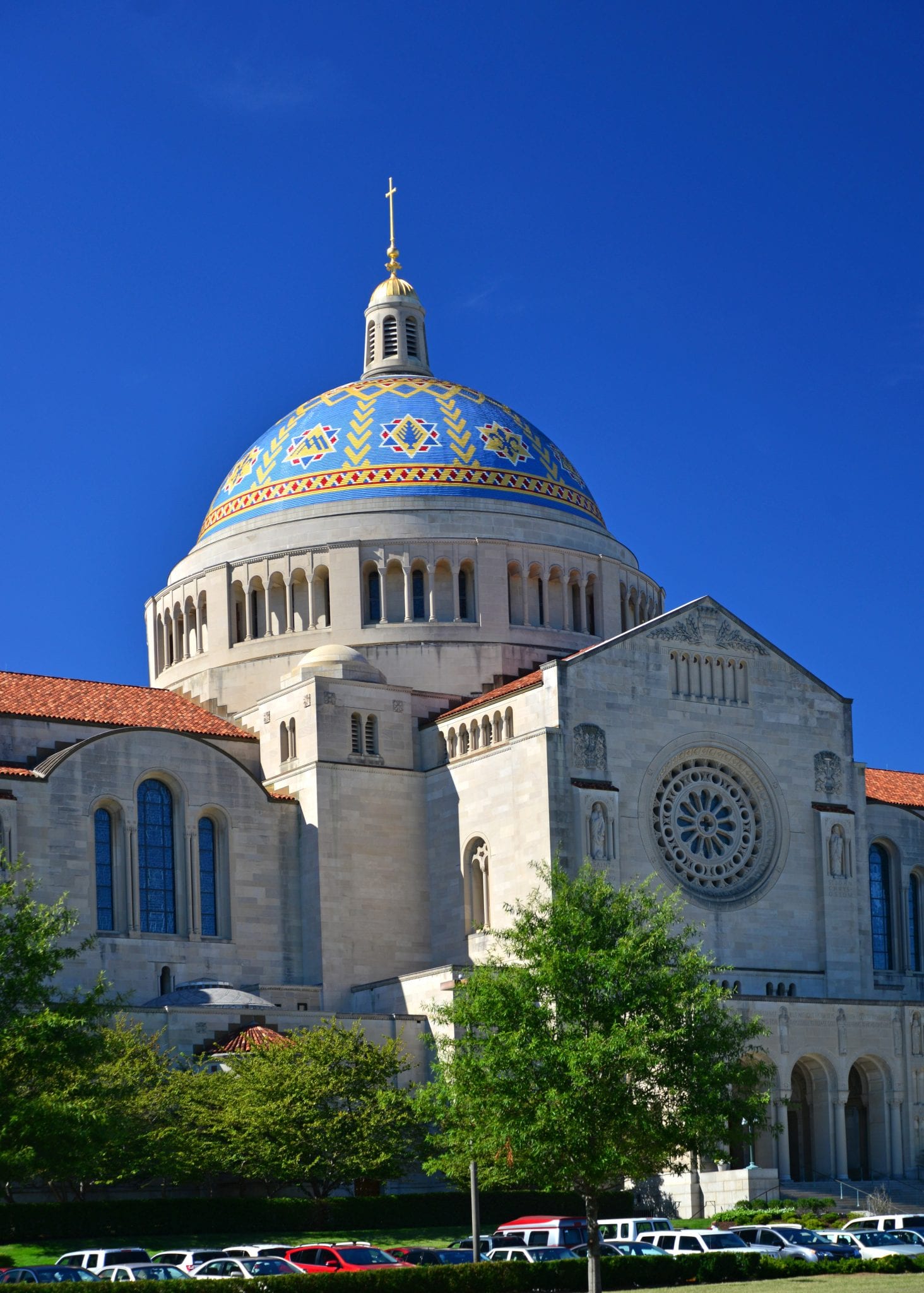 Last Monday I reported that Monsignor Walter Rossi, the rector of D.C.’s Basilica of the Shrine of the Immaculate Conception, had me expelled from the property on Corpus Christi Sunday. His director of security, the ironically named Valencia Camp, escorted me out. “You are barred from the Basilica,” she said. “You are not supposed to be here. I am going to ask you to leave.” She claimed that the  Basilica had filed a “bar notice” with the D.C. police and that it applied for “five years.”

In subsequent days, I called Rossi’s spokeswoman, Jacquelyn Hayes, repeatedly, requesting a copy of the barring notice. She dodged my calls and never produced one. I then called the D.C. police department and asked if it had any record of a barring notice against me. “No,” said a police department customer service representative after a search of its computers.

It turns out that Rossi had me tossed on a blatant lie — one that his spokeswoman continued to sustain in press accounts of the incident. In response to questions from the website Church Militant, Hayes piled up the falsehoods:

Following protocols initiated several years ago when Mr. Neumayr received a barring notice for disrupting business activities, he was asked to leave following the Corpus Christi Mass and Procession. All Catholics and non-Catholics alike, including Mr. Neumayr, are welcome to take part in the liturgy so long as they don’t disrupt Shrine activities or threaten visitors and staff.

She made a similarly bogus statement to another outlet for a yet-to-be-published piece (the reporter contacted me and asked about Hayes’s statement).

Her statement is a tissue of lies. I didn’t receive a barring notice; I didn’t disrupt business activities (in December 2015, I merely attended a publicly listed book-signing event with Cardinal Donald Wuerl at the Basilica bookstore; Rossi, fearing I would ask Wuerl questions about his corruption, called the police on me); I wasn’t welcome to participate in the liturgy (Camp told me that “you are not supposed to be here”); I didn’t threaten anyone.

On Thursday, I finally spoke with Hayes, whose tune had suddenly changed. “You are welcome at the Basilica at any time,” she said, before claiming that she had to “run.” Why, I asked, had she lied about the barring notice? She refused to answer and begged off the call.

“This is a total retreat,” a Church insider said to me after I recounted to him the phone call. “What a disgrace.” He was staggered by the depth of Rossi’s duplicity and his cavalier violation of my canonical and civil rights, and he urged me to contact Archbishop Wilton Gregory. I did, but his aides ignored repeated calls.

So much for the “transparency” and “honesty” Gregory promised upon succeeding Donald Wuerl. I won’t hold my breath and expect an apology for the defamatory clericalism to which Wuerl and Rossi subjected me for simply practicing conventional journalism and seeking to reform the Church in accordance with canon law.

As the chairman of the Basilica’s board, Gregory could fire Rossi immediately. Will he pass this first test of his tenure in D.C.? “I think he will fail it,” says one of Gregory’s friends, a priest who has known him since the 1970s, to TAS. “I like Wilton, but he is not strong enough. Look at all the deference he paid the gay mafia in Atlanta.”

“The rot goes very deep,” he continued. “That Rossi has survived this long is proof of that. Many of us priests know that he is a gay predator in the mold of Theodore McCarrick and Michael Bransfield. But the gay mafia is still running the Church. However, a tsunami of sordid connections is building that will ultimately crash over Rossi and his patron Donald Wuerl. If Wilton had any courage as a shepherd, he would rid the flock of ravenous wolves like Rossi who prey upon young men in the house of Mary.”