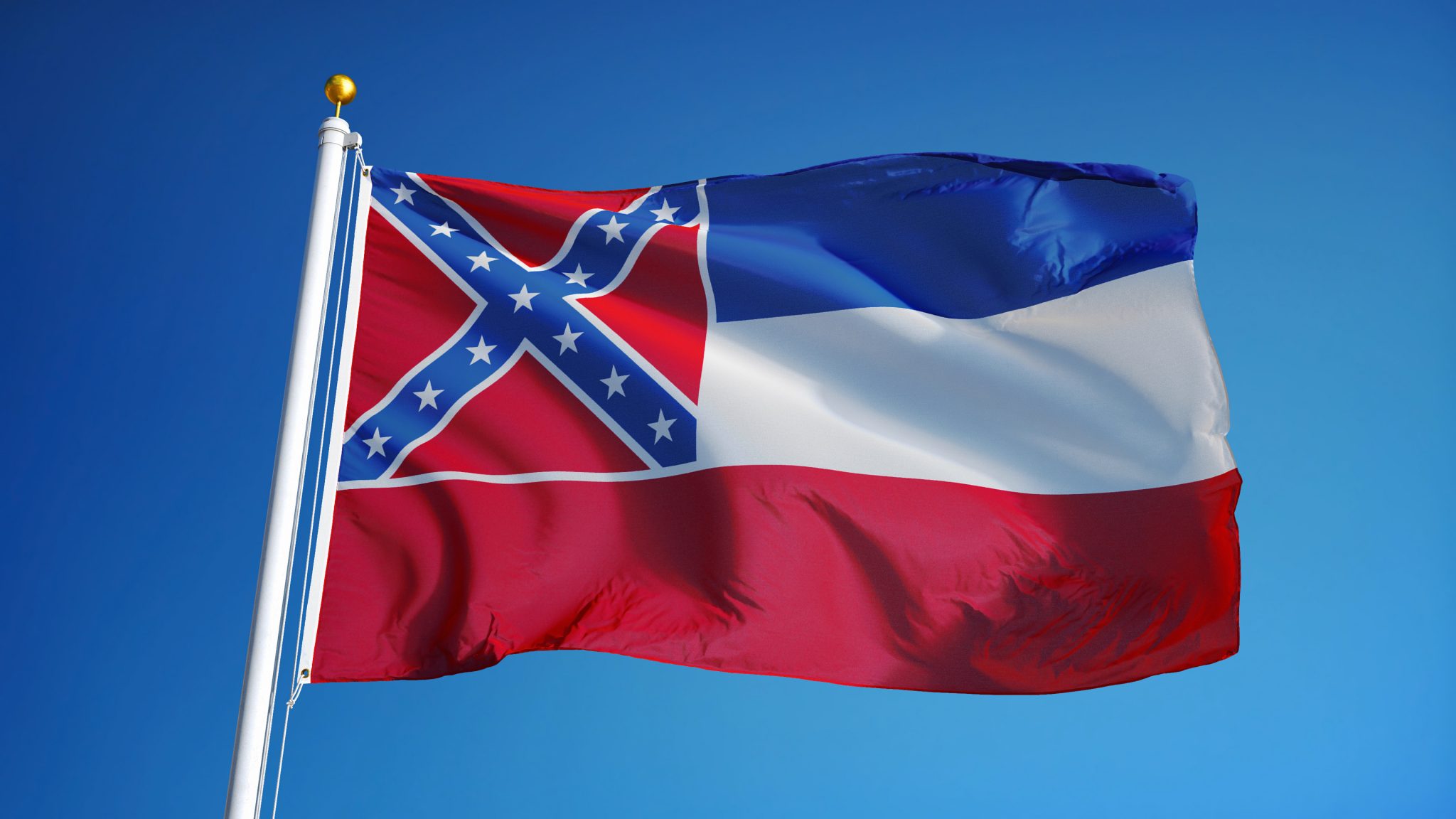 Mississippi’s state flag, which has been in use continuously since 1894, will be removed this month in a “prompt, dignified and respectful” manner in accordance with a bill passed by the Mississippi legislature and signed into law this week by Gov. Tate Reeves. The current design, which features the Confederate flag as its canton, has come under renewed criticism recently as protesters and rioters target public Civil War displays, Confederate and Union alike.

The bill passed the state House 91-23 and the state Senate 37-14 on June 28. Gov. Reeves had initially held that the flag ought to be changed only through a referendum, telling reporters, “It should be the people who make that decision, not some backroom deal by a bunch of politicians in Jackson.” But with protests continuing unabated and demonstrators camped outside the Governor’s Mansion, Reeves shifted his position and approved the measure two days later.

In doing so, the governor tried to navigate the fraught terrain on this increasingly divisive issue, stating during Tuesday’s bill-signing ceremony, “We must understand that all who want change are not attempting to erase history, and all who want the status quo are not mean-spirited or hateful.”

Multiple attempts have been made to change Mississippi’s flag in recent years, none of which have been successful until now. The last attempt made through referendum, held in 2001, was defeated by a nearly 2-1 margin. Polling consistently showed that Mississippians supported keeping the flag up until recently this year, when new releases began showing either a statistical tie or a slight majority in favor of change.

The state’s legislature has set out two rules for the replacement flag: it cannot include the Confederate battle flag design, and it must feature the words “In God We Trust.” Georgia went through a similar process when it changed its flag to its current design in 2003, leaving Mississippi as the only remaining state carrying the Confederate emblem at the time. With this week’s decision, the old rebel cross will cease to fly in any of the country’s statehouses.