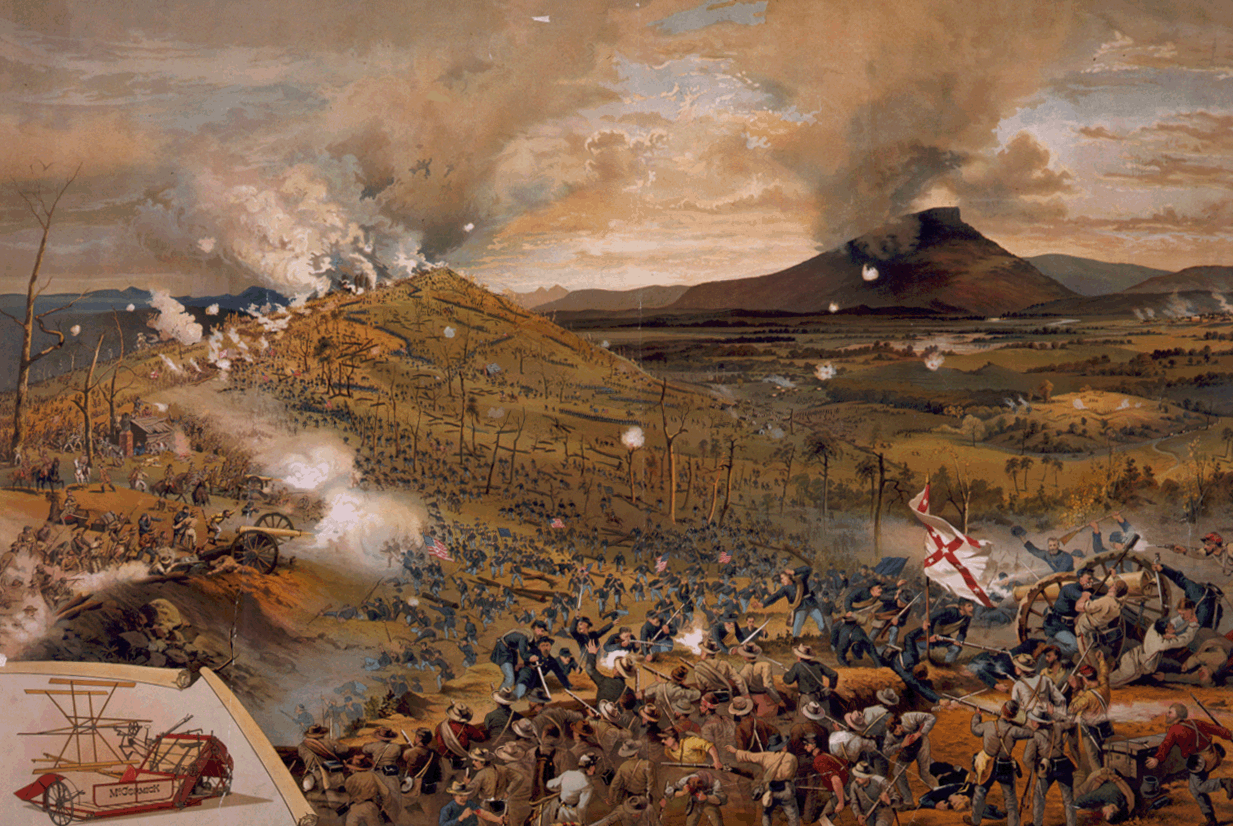 There is a reason why William Manchester began his magnificent biography of Gen. Douglas MacArthur, American Caesar, with the fighting on Missionary Ridge during the Civil War’s Battle of Chattanooga on Nov. 25, 1863. On that date, as Union soldiers under the immediate command of Gen. George Thomas, without orders, started advancing up the steep ridge, which Manchester described as a “tangle of rock, thick kudzu vines, pine, and oak,” an 18-year-old Wisconsin adjutant, after witnessing six color-bearers fall to Confederate fire, grabbed a flagstaff, yelled, “On Wisconsin,” and led Union troops to the crest of the ridge, where they won the battle that enabled Gen. William Sherman to begin his Georgia campaign.

The young adjutant’s name was Arthur MacArthur, and for his actions that day on Missionary Ridge he would be awarded the Congressional Medal of Honor. One of his commanders remarked that Arthur “seem[ed] to be afraid of nothing.” He had previously won the praise of senior officers for “gallantry” and “bravery” at Perryville. And, later in the war, Arthur earned more praise and promotions for his extraordinary services to the Union Army at Kennesaw Mountain during the Atlanta campaign and the Battle of Franklin, Tennessee, where he was seriously wounded. After the war, as a captain, Arthur wrote a 44-page memorandum predicting that America’s destiny would be in Asia and the Pacific rather than Europe. He subsequently rose to the rank of lieutenant general, and, in 1880, he and his wife had a son, whom they named Douglas.

Lt. Gen. Arthur MacArthur would go on to lead American forces in occupying the Philippines after the Spanish–American War, where he repeatedly clashed with civilian overseers, notably future President William Howard Taft. His clashes with Taft led to Arthur being relieved of command. He was assigned to travel to Asia to observe the Russo-Japanese War of 1904–1905, and he brought with him his aide-de-camp: Lt. Douglas MacArthur, who had recently graduated first in his class from the U.S. Military Academy at West Point.

On the anniversary of the fighting on Missionary Ridge, it is worth recalling how some men (and women) rise to the challenges they are faced with, setting examples for their children and others to follow if faced with similar circumstances.

Douglas MacArthur revered his father. When he was a boy, his mother, a Southerner, at bedtime would tell him, “You must grow up to be a great man like your father or like Robert E. Lee.” Douglas’ future military exploits would eclipse those of Arthur and Lee. And, like his father, Douglas was afraid of nothing. In three major wars, he repeatedly exposed himself to enemy fire. Manchester wrote that MacArthur “seemed to seek death on battlefields.” Douglas fought bravely during U.S. Army interventions in Mexico and later won seven Silver Stars for his bravery in leading troops in France in World War I. At the Côte de Châtillon, MacArthur’s heroism led his commanding officer to award him a Distinguished Service Cross with the following citation: “On a field where courage was the rule, his courage was the dominant factor.” The officers of the Rainbow Division after the war presented Douglas with a cigarette case engraved with the words “Bravest of the Brave.” (READ MORE from Francis P. Sempa: Are We on the Road to Another Pearl Harbor?)

In World War II, Douglas commanded American forces in the southwest Pacific theater, where he demonstrated the value of joint land-sea-air operations against Japanese forces on New Guinea. In the Korean War, at the age of 70, MacArthur conceived, planned, and executed one of the greatest amphibious military operations in history at Inchon. In the lead-up to Inchon, MacArthur overcame the doubters on the joint chiefs of staff. He recalled the sage advice of his father: “Doug, councils of war breed timidity and defeatism.” “We shall land at Inchon,” he told the chiefs, “and I shall crush them.” And he did.