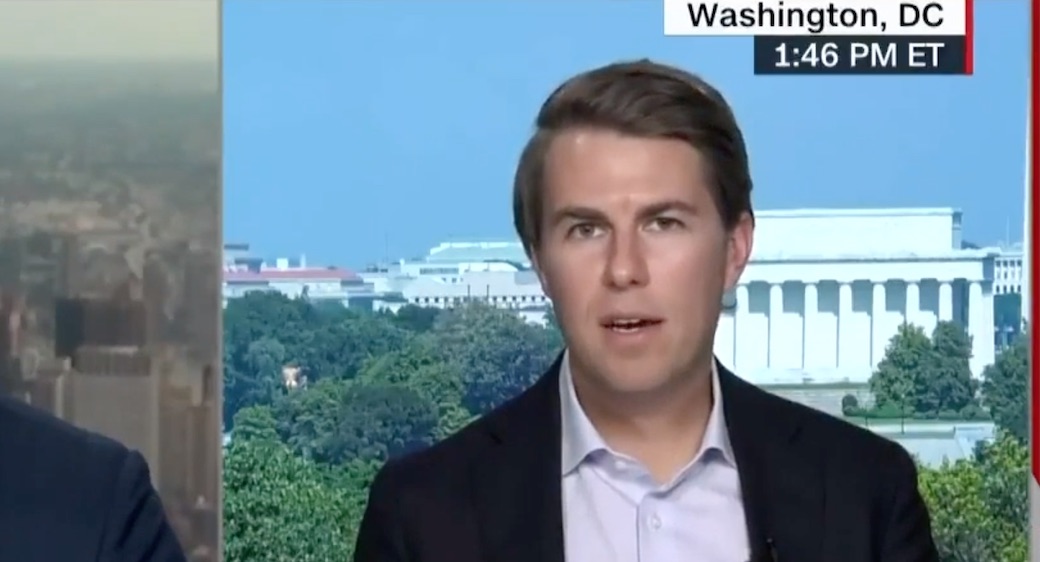 But why let the facts get in the way of a great “man of mystery” title? I’ve met someone in the Trump administration. I know the names of some senior officials. And I held a serious job in the Reagan administration. Put them all together, and it is the rough equivalent of being a senior Trump administration official. At least it would be enough to satisfy the New York Times.

Two years ago Americans were treated to a striking Times op-ed announcing that the president’s own appointees were resisting his policies. The author declared “that many of the senior officials in [Trump’s] own administration are working diligently from within to frustrate parts of his agenda and his worst inclinations.”

It was a striking claim. Even less controversial presidents end up attracting people who disagree with them on at least a few issues. But that normally does not lead to hostile cabals organizing against the man who appointed them.

All we then knew about the author was that he (it turned out) was “a senior official in the Trump administration whose identity is known to us and whose job would be jeopardized by its disclosure.” Which set off a national guessing game as to the writer’s identity, with suggestions of Secretary of Defense Jim Mattis and even Vice President Mike Pence. The president demanded that his attorney general find the author. One imagined Cabinet officials scrubbing their phones lest they be discovered having called the Times.

It turns out this senior administration official was … well, someone no one outside of his own family had heard of: 31-year-old Miles Taylor, who reached the pinnacle of deputy chief of staff to the secretary of the Department of Homeland Security. (Five and a half months later he would be promoted to chief of staff.) It was a serious job at a serious agency, but nothing one would imagine as being a top position in the government. Nor was it a job that gave him much opportunity to defeat the president’s agenda. The description undoubtedly represented how Taylor viewed himself, not how anyone else saw him.

It is hard to blame Taylor for his shameless self-promotion. After all, he’s not alone in Washington transforming himself into a superhero. But the Times should not get off so easily. The famed “gray lady” long set journalistic standards; however, calling Taylor a “senior” administration official was veritable fraud. A node of “resistance” in the office of the vice president or secretary of defense would have been extraordinarily serious. Determined opposition by Taylor, not so much.

Indeed, had readers known the insignificance of the author, the result more likely would have been bemusement or even amusement than interest and concern. Even the president might have had a chuckle, rather than imagining his tormentor being dragged away in chains.

Suggesting serious resistance at top levels of the administration also might have damaged Washington in its dealings with other governments. The sometimes bizarre chaos that has bedeviled this administration has been obvious to all. Add to that belief in a conspiracy among top officials, maybe even reaching the Cabinet or Veep, against the president. That would be quite a picture for another state assessing the administration.

Given Taylor’s position, it’s worth reconsidering the issues surrounding his article when it first appeared. Opinions then typically broke along red/blue lines. Is pretending to be a supporter and entering an administration to oppose the president an honorable and sensible decision? Wouldn’t it be better for anyone so inclined to take a public position, openly resist, and thereby seek to “frustrate parts of his agenda and his worst inclinations”? Does offering public affirmation by joining the administration do more for its credibility than attempting to undermine it internally?

Do the answers change when it turns out the person involved probably wouldn’t be recognized by the president or anyone of note in the administration, other than the secretary whom he served? And probably wouldn’t be able to do more than slow the forward movement of an issue or two? “Resistance” looks like a nice rationalization for taking a job that, irrespective of the president’s peculiarities, would be desirable for providing credentials and expanding contacts.

Even more important, though, is the responsibility of the Times. Knowing what we know now, it is hard to view L’Affaire Anonymous as much more than a media concoction. That may not surprise us. But it ensures that the next time a whistleblower steps forth and makes anonymous charges, fewer people will believe him or her. Fool me once, shame on you. Fool me twice, shame on me, runs the adage.

And since even the Newspaper of Record assumes Americans are gullible and easily manipulated, there is no reason to believe that this will be the last time the media takes advantage of its position. Perhaps I could declare myself to be a senior official in the Biden campaign — after all, I worked in the Reagan presidential campaign — if the former vice president triumphs, and explain my desire to resist his nefarious big-spending plans for America, etc. Since the meaning of “senior official” is determined with the politically practiced eye of the beholder, I’m sure I would qualify.

The next time Americans read about a “senior administration official” making one pronouncement or another, they should think about Miles Taylor, the heroic leader of the determined resistance to the incipient Trump dictatorship, all the while cashing a federal paycheck courtesy of an administration political appointment. People should be aware that maybe, just maybe, next time, like last time, things won’t be as they seem. Take it from me, a senior official in the Trump administration, or was that the Biden campaign? I’ve forgotten …

Doug Bandow is a Senior Fellow at the Cato Institute and former Special Assistant to President Ronald Reagan. A graduate of Stanford Law School, he is a member of the California and D.C. bars. He is the author of several books, including The Politics of Plunder: Misgovernment in Washington and The Politics of Envy: Statism as Theology.