by Eric Peters
A rendering of autonomous roadway connecting Detroit and Ann Arbor. 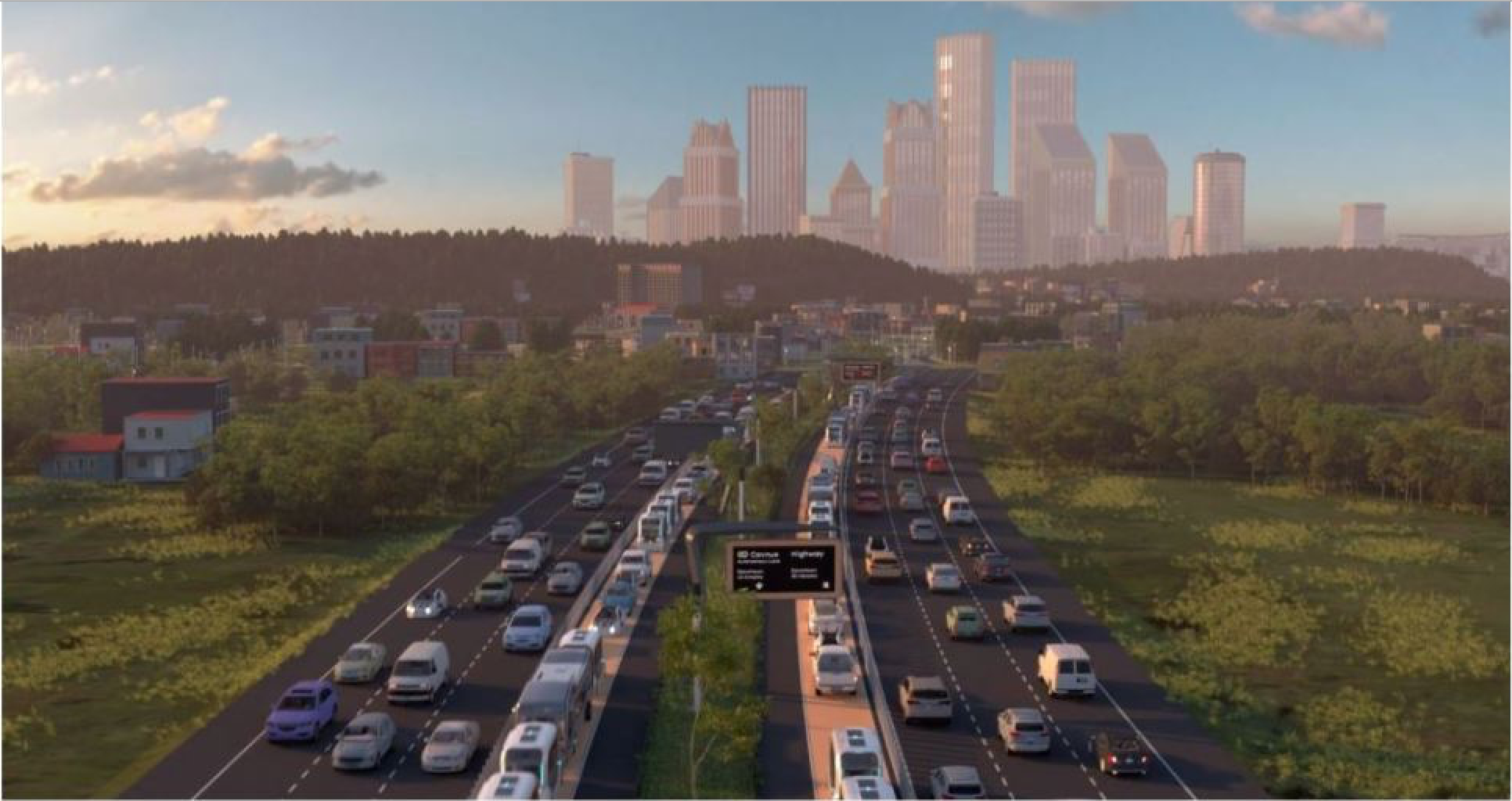 Face Diapering — and its exclusions — no longer apply just to people. Cars are soon to be denied admission to the things they need, too.

Michigan — home to one of the most fervent bishops of the Sickness Cult, Gretchen Whitmer — who has imposed a Face Diaper Decree on all its inhabitants — has just decreed what amounts to the same for cars.

Those without them — so-called “autonomous” cars, which are in fact automated cars — will get their very own lanes on the highway between Detroit and Ann Arbor.

Just as people who show their faces are shown the door at stores and restaurants, cars with drivers will be shown the exit ramp.

Gesundheitsführer Whitmer is “partnering” — against the public — with the some of the same car companies that now make more Face Diapers than they do cars, including Ford — which hosted the Gesundheitsführer’sannouncement about the “dedicated” lanes at one of Ford’s former railroad hubs, where cars and car parts used to be shipped to and fro. It now houses Ford’s “autonomous” vehicle development lab.

But the money behind the scenes is to be provided by Alphabet — the parent company of the Arbiter of Acceptable Speech, Gurgle. Which intends to become the Arbiter of What You’re Allowed to Drive — by not letting you drive.

Not just in Detroit.

No Drive Zones — though of course they won’t be called that. They will be called something that conveys the opposite of the actuality. Like “autonomous” cars. Which are being fast-tracked to extinction by automated cars.

These cars were entirely independent because they were entirely under your control. You decided how fast, which lane, when to pass and brake and when to stop. Nothing — emphasis on thing — countermanded your autonomous action. Maybe you had a backseat driver. He — or she — could always be told to shut up, kicked to the curb. They had no power to control your car — and thus, no control over your driving.

The so-called “autonomous” car controls everything. It decides how fast and when to change lanes, if it changes lanes at all. The car slows — and stops — according to how it has been programmed, the programming entirely out of your control.

It is connected to a spider web electronic infrastructure of data transmission and reception; it never acts “autonomously.”

That is to say, independently.

It always acts within the parameters of the electronic collective, which must be aware of and in control of its position and movements in the same general way that commercial aircraft are always under supervision and control.

Airbus is an honest term. It flies a route, according to a schedule — which isn’t yours. Apply this principle to cars and you will understand what ground travel will be like in the “autonomous” future, if Alphabet and its proxies — creatures such as Gesundheitsführer Whitmer — have their way.

Observe, in this regard, that the people didn’t clamor for this. No referendum was held; no vote tabulated.

As with Face Diapering, the “dedication” of public space to pushing drivers off the road comes via decree, not consent. Because elites with power have decided what’s best — for them.

As in China, where similar projects are under way. For similar reasons. For the same reason — which is to wrest autonomous control of cars from drivers and place the steering wheel firmly in the hands of the elites. Who will then determine the degree of your autonomy, probably correlated with the extent of your submission to things like Face Diapering and Needling.

No Diaper? No Ride. The “autonomous” car of your future will probably be equipped with Advanced Diaper Assistance Technology; it will scan your face — and if it sees your face, the car will not move until it doesn’t.

Adding insult to the injury is that the soon-to-be-ex-drivers paid for the roads which they soon won’t be allowed to use, unless they take a back seat.

But so was Face Diapering just a few months ago. It is now almost impossible to avoid being pestered to Diaper. It may soon be impossible to drive.

How sad that this is happening in Michigan, of all places. The place where once upon a time autonomous cars were made, which cars made Americans autonomous.