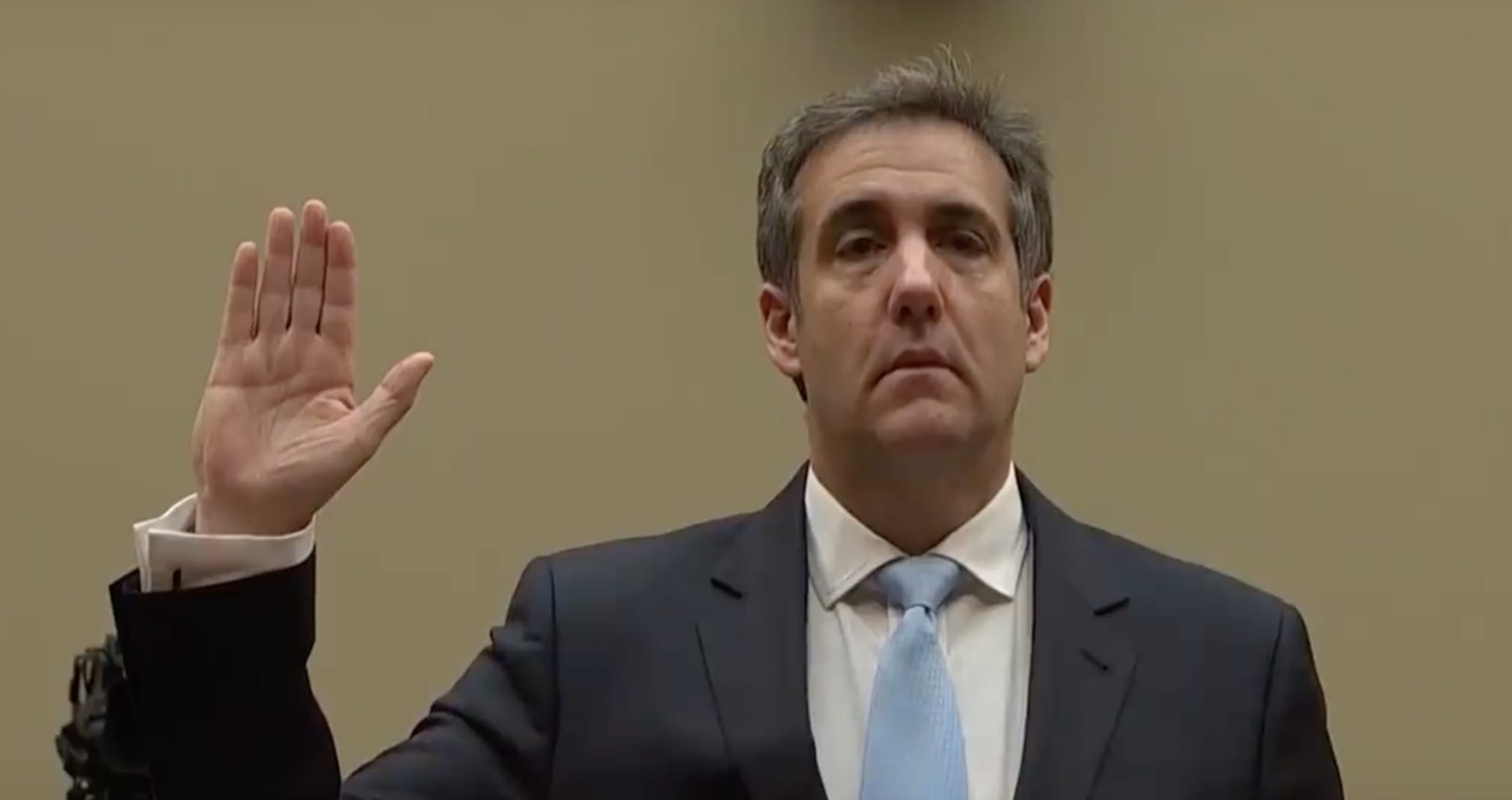 One of the greatest characters I have encountered in Washington died years ago. He was the legendary political operator, Paul Corbin. He had worked for John F. Kennedy and more closely for Bob Kennedy. He was loyal to the Kennedys to the end, but after the Kennedys were assassinated he wandered. Eventually he linked up with my lawyer Bill Casey, President Ronald Reagan’s head of CIA. That is how I came to know Paul. We both admired Casey and I admired Paul. He was a shrewd observer of politics and a fabled practitioner of politics’ darker arts. A rumor that has circulated about Paul for years is that he helped the Reagan team win the presidency.

I got to thinking about Paul as I watched Michael Cohen’s lugubrious testimony before Congress last week. And by the way, why is it considered a felony to lie before Congress? Many in Congress lie to each other and tell ornate lies to their witnesses. Can a witness bring charges against a Congressperson for formulating a question that embraces a lie? How about a white lie?

At any rate, as Cohen proceeded to lie about his former boss for whom, he once boasted, he would “take a bullet,” I thought of a question Paul put to me many years ago. He told me that neither John nor Bob Kennedy would ever have found themselves in the mess President Richard Nixon found himself in over Watergate. “Do you know why?” he asked. I had no idea. “Because,” Paul answered, one of us “would have walked the plank for them.” Ahh, I understood. A Kennedy aide would have taken the rap for John or Bob. After all, Paul, at the suggestion of his boss, Bob, had converted to Catholicism to allay a Pennsylvania Democrat’s suspicions that Paul was a Communist. Those were the good old days when Democrats took Catholicism seriously and communism too.

Looking back on last week, I think it was fitting that the anile John Dean was called in to comment on one of the cable networks. You will forgive me if I cannot recall which cable network carried poor old Dean. They all look so much alike save Fox and I know Fox would not carry Dean. His reputation for slipperiness disqualifies him. He was White House Counsel for President Nixon from 1970 to 1973 and he fashioned the Watergate cover-up. When the feds closed in on him he flipped and cooperated fully with them for which he was charged with only one felony and served time in a Federal facility, one that prosecutors considered a “country club.” Ever since he has been a goody-goody on television and a lecturer and author on the diabolical ways of the Republicans, particularly conservative Republicans.

My guess is that even now Cohen has taken Dean as a role model. Doubtless after Cohen serves his time he will have a book contract and set off on the lecture circuit. Apparently there are large numbers of Americans eager to hear the “lecture” of a professed liar. He will be telling his audiences that it is never nice to tell a lie, and that politics is a dirty business unless you are a Democrat. He will provide a wealth of information about Donald Trump, his client for a decade and the guy he was going to take a bullet for.

That brings me to another point on which Paul Corbin and I agreed. Republicans and Democrats are very different animals. They have a very different political libido. The Democratic libido is that of a nymphomaniac. It will politicize anything. It cannot be satiated. The Republican libido is that of a Victorian. It is very tranquil. At the end of the day the Republican — whether male or female — retires for the evening. The Democrat breaks for dinner and then returns to the campaign trail, the endless campaign trail. It is not the Republicans who dreamed up the war rooms, the endless campaign, and count the number of implausible candidates who today are running for the presidency.

There are scores of Democrats out there anticipating Secret Service details to accompany them to bed at night, which is why the more serious Democrats must be very concerned about the drift of politics the last few decades. They used to control most elected offices years ago. Now they are reduced to control of the House of Representatives and, given their incoming greenhorns’ raving about Green New Deals and socialism, even Nancy Pelosi is nervous.

If what President Donald Trump calls the “low energy” Republicans can rev up their sedate political libidos for 2020, they will win in a walk. It they cannot rev up their political libidos Donald will have to go it alone. But according to polls over the weekend, only some 18 percent of Americans want a socialist in the White House.