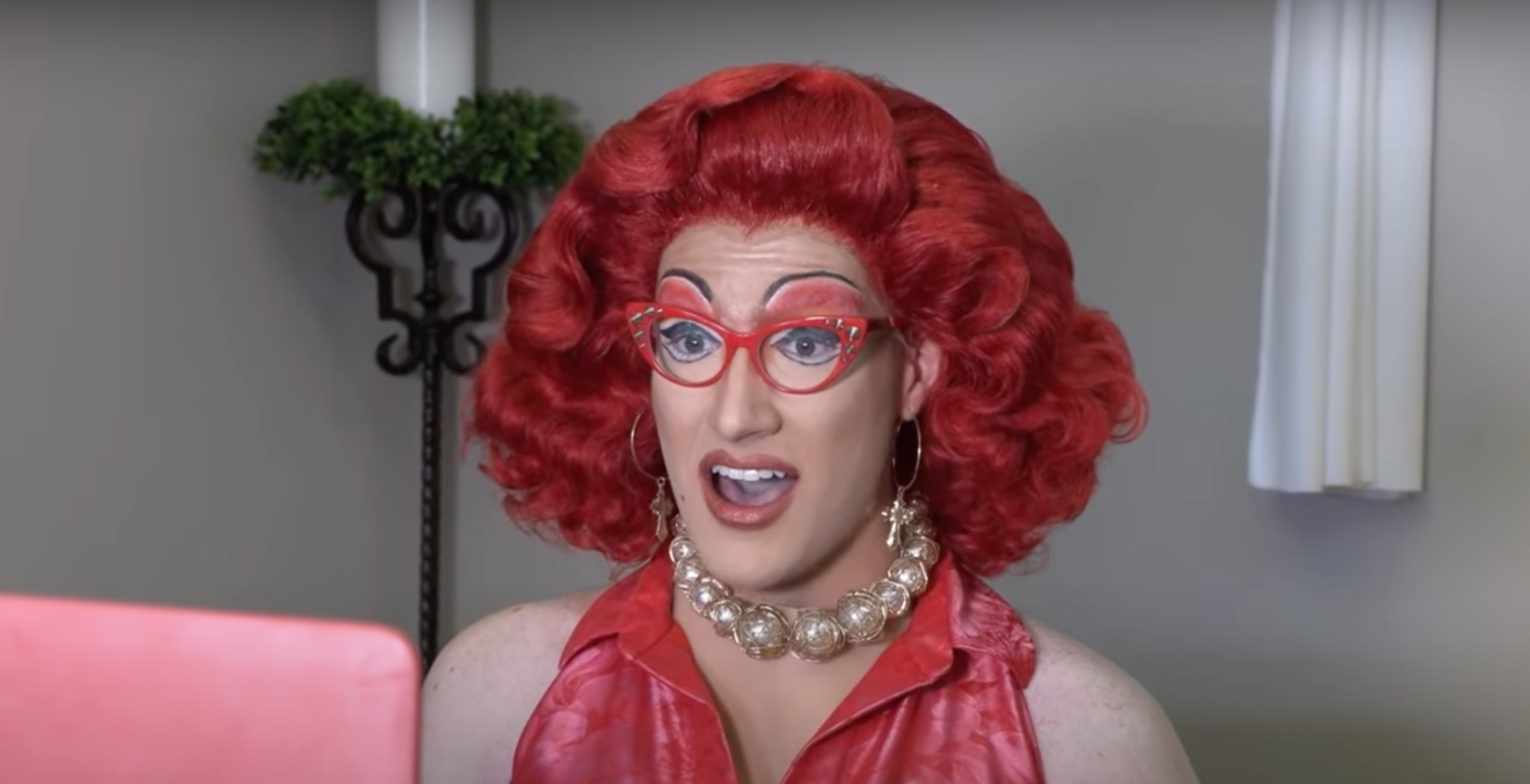 Last year, the United Methodist Church accepted Isaac Simmons, who regularly preaches dressed as a drag queen under the name Ms. Penny Cost, as a candidate for ordination. Since that time, Simmons, who serves as an associate pastor at Hope United Methodist Church in Bloomington, Illinois, has challenged basic theological concepts, projecting a worldview where divinity rests not in God but in queerness.

In a church preparing to split over LGBTQ issues, the drag queen pastor, who embraces queer theology while barely attempting to plaster on the basic tenets of Christian theology, has become a lightning rod. Conservatives argue that Simmons’ role as a celebrated figure among progressive Methodists proves the church has become so radically liberal as to forswear Christ. Progressives promote Simmons and invite him to preach in drag as a way to challenge the conservative position on sexuality that the denomination officially still takes.

The United Methodist Church was ready to split in 2020, but that has been postponed until 2024 because its quadrennial general conference was canceled due to COVID-19. The liberal wing will retain the denomination’s name and permit same-sex marriage while the conservatives will join a new denomination where same-sex marriage is forbidden.

Simmons has published a new video of himself performing slam poetry in what may be his most provocative repudiation of traditional Christianity and embrace of queer spirituality.

“God is nothing,” the self-described “dragavangelist” repeats throughout the poem, adding, “the Bible is nothing” and “religion is nothing.” In the end, he concludes God and the Bible are nothing “unless we wield it into something.”

“God must be f***ing nothing,” he says, “if her boundaryless, transubstantiated bodies of color are run down, beaten, and strewn in the streets of America instead of ruling the runways of life.”

He believes humanity, then, is an emanation of that divine queerness: “From under a shroud of secrecy came the beauty of humanity, humanity made in the gender-bending, identity-breaking, system-shaking image of God, the imago Dei.” He refers to humanity as “God’s queerly anointed creation.”

Simmons writes that the poem is “directed to those who actively and passively cause harm against the LGBTQIA2S+ Community due to their understandings of Scripture.”

The formation of the new Methodist denomination for fleeing conservatives, the Global Methodist Church, was announced May 1. Conservatives are pointing to Simmons to encourage individual churches to join. A church court ruled that individual churches, not conferences, must be the ones to leave the United Methodist Church, even though whole conferences in Georgia and Florida wanted to join the Global Methodist Church. One hundred seven churches in Florida have already left even though the split has not yet officially occurred.

Simmons said he has received hateful comments as a result of the conservative backlash. A group is trying to get his name removed from the list of candidates certified for ordination in the Methodist Church, he said Monday. The Institute on Religion and Democracy, which advocates for conservative theology in mainline Protestant churches, reported on his approval for ordination, generating wider attention (Simmons recently accused it of defamation).

At the same time, Simmons says he has received copious support. Many official bodies of the church are promoting him and inviting him to speak. He was featured in glowing terms, for instance, in a video produced by the United Methodist News Service.

Simmons’ slam poem is where he declares most clearly his disbelief in the God of traditional Christianity, but he has repeatedly preached sermons where he upholds LGBTQ identity as divine.

He describes drag as a spiritual experience that allows him to connect with God. “Drag allows me to process the mystery of myself, the mystery of God, the mystery of love, and the mystery of pain,” he said. “When I walk the streets in six-inch heels and wear four pounds of hair, double-stacked wigs, the power which lies within my mystery is released into the world. When I paint my face, meditating upon those who came before me, my spiritual ancestors, I can reach into a deeper part of my soul.”

“Drag allows me not only to celebrate the divine surety that dwells within me,” Simmons said, “it allows me to show others how to celebrate it themself.”

In this theology, baptism and repentance are replaced by coming out of the closet: “There is holy liberation occurring when folks feel they can release the mysterious secret shrouded by society,” he preached. “There is holiness in queerness.”

In April, a Southern Baptist pastor, Al Mohler, said the United Methodist Church’s decision to make Simmons a certified candidate for ordination was “an intentional refutation and revolt against the very order of creation that God has given us, and a direct violation of the clear teachings of Scripture concerning the fact that those whom God has made as men should identify as men.”

“This is open revolt,” Mohler said, “and of course, you’re going to see a division between those who are appalled by it, deeply troubled by it, deeply concerned by it and opposed to it on the one hand, and those who celebrate it and say that it’s arrived far too late on the other hand.”