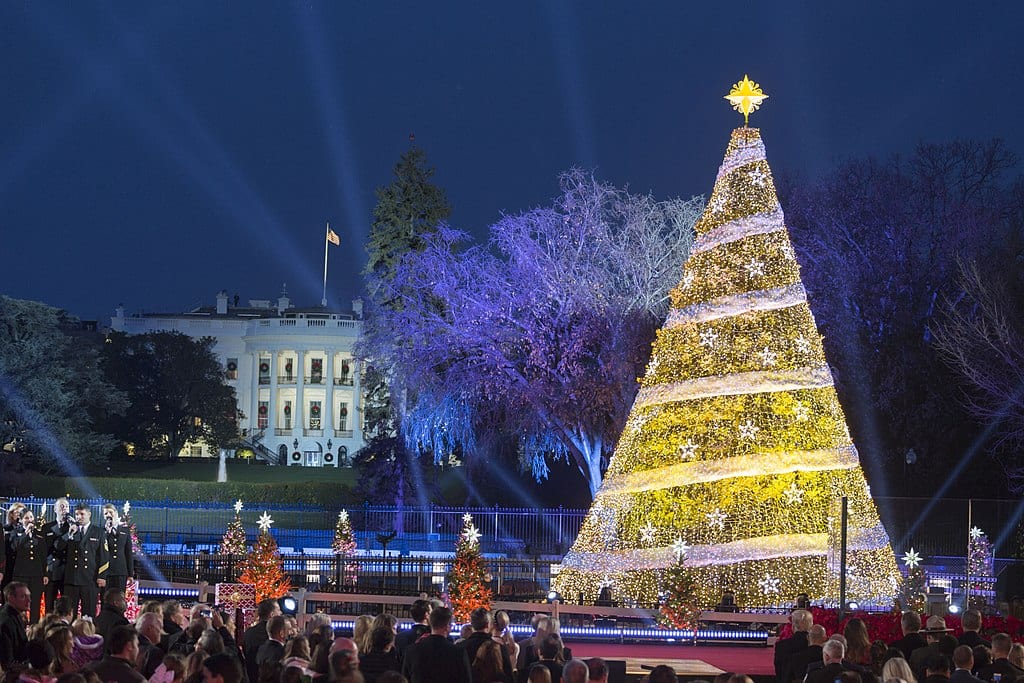 What do you make of it? Merry Christmas greetings have been assaulting me from every corner. The assaults began about two weeks ago. I think I was in a CVS store buying aspirin for a splitting headache. No, possibly it was at the dry cleaners, and I was picking up a sweater. The person at the counter let fall a “Merry Christmas.” I, of course, reciprocated, and hurried off. I would have thought nothing of it, but it has continued for two weeks. Will it even continue after today, Christmas Day? What does it mean?

In recent years I have been the initiator of the Merry Christmas greeting. Admittedly I initiated the seasonal greeting not out of piety but out of l’audace. Usually, that is, out of l’audace, because the politically correct bullies had taken the joy out of the season. They had made it controversial to wish my fellow Americano “Merry Christmas.” It had now become the progressive thing to say “Holiday Greetings,” or “Seasonal Greetings,” or “Have a Good One.” Somewhat like the genderless toilet, a traditional greeting became fraught with ideological content. Well, the heck with that. I began wishing ordinary Americanos a hearty “Merry Christmas.” And now this year they are preemptively wishing me a hearty “Merry Christmas.” Some even throw in a “Happy New Year.”

I think his year’s turnaround actually began in November with Thanksgiving. Of a sudden, I noticed scores of fellow Americans exchanging “Happy Thanksgiving” to each other. No one was offended. No feelings were hurt. No one uttered a testimonial to the fate of turkeys, the fate of Sitting Bull, or why we ought to give California back to the Mexicans. Though on that last item I am giving serious thought to returning California to the Mexicans, if they promise to take Hollywood first.

I noticed the effort to take Christ out of Christmas some 20 years ago, when I mentioned it to a meeting of fellow journalists. They said I was all wet or words to that effect. They cited the beautiful music associated with Christmas: church music, choral music, Bing Crosby and “White Christmas.” They cited the beautiful religious liturgies of all the Christian denominations. One among them, a scholarly-minded fellow, reminded me that even the agnostic H. L. Mencken of journalistic fame was fetched by the church liturgy, at least what he considered the gorgeous liturgy of the Catholic faith.

Now, of course, with Pope Francis’ Walmartizing the Catholic liturgy, my guess is that Mencken would give up even on the Catholics. Yet 20 years ago I think my friends could have made the case for even agnostics accepting Christ in Christmas. Now they might be making the case again. What has happened? Well, about 2016 there came along this political maverick, Donald Trump, and he noticed that political correctness was robbing much of American life of things Americans found reassuring, of traditional things, for instance, of Christ at Christmastime.

Donald, with his prevenient sense for politics, started saying “Merry Christmas” at the appropriate time, and many Americas were attracted to it and to him. You will note he won the election of 2016, and now Hillary and her friends in the intelligence community are trying to take his election away from him. I should think that they will fail. The American government is showing that it is composed of much more than just Hillary and her cabal. There is the Justice Department and the Judiciary and the Senate.

So “Merry Christmas” to all, even if you are one of those long-in-the-face lefties. Enjoy yourself for a change. Take in a good movie about global warming or gun control. Listen to one of young Greta Thunberg’s lectures on the environment. Remember the good old days when every year at this time some government somewhere released numbers on the declining number of whooping cranes landing in — I think it was Texas — someplace warm. Whatever happened to the whooping cranes? I have not heard of them in years. Can someone ask Greta?

Once again, “Merry Christmas,” and, Donald, enjoy the sunshine. There will be more of it next year.