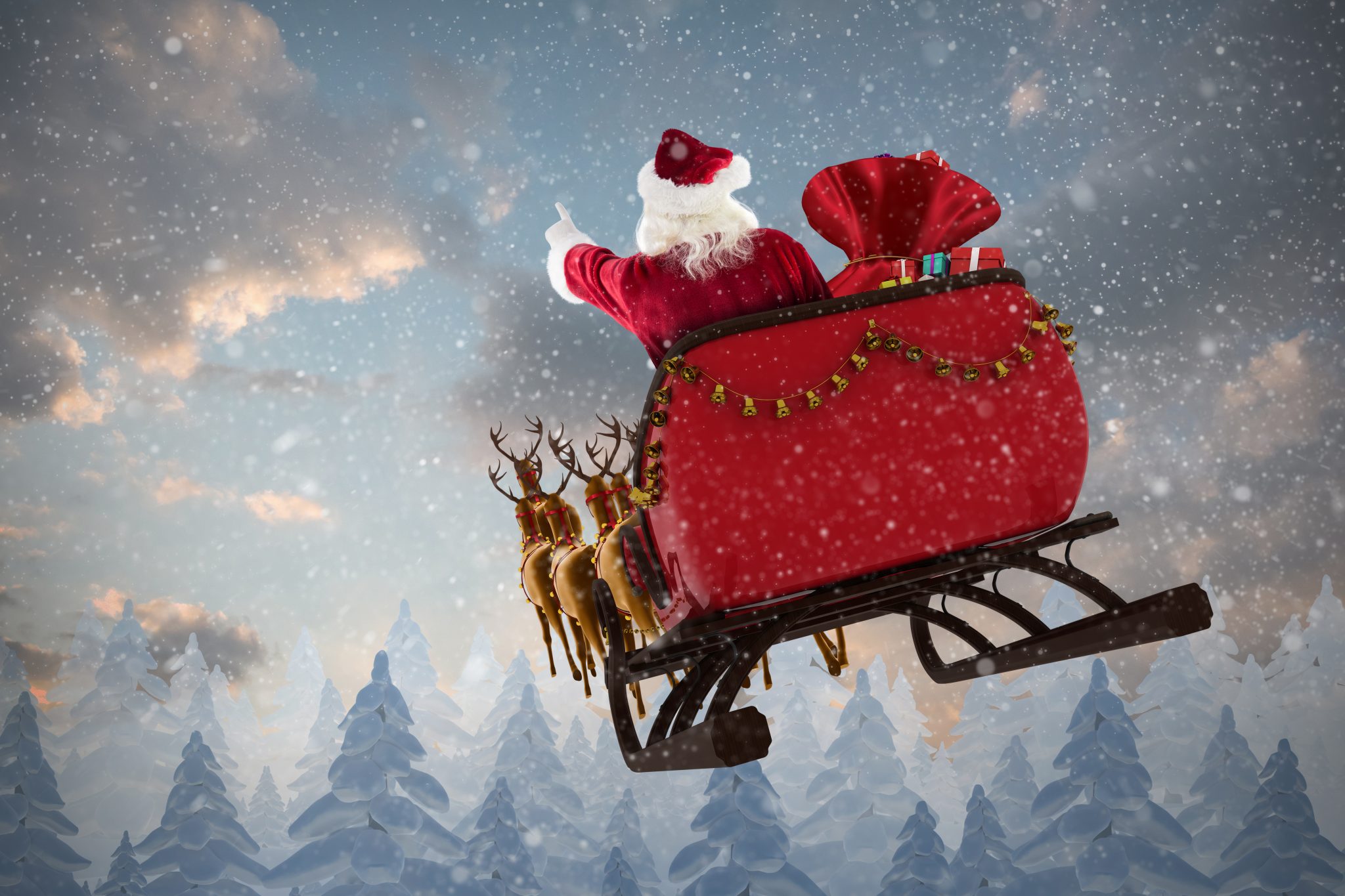 As Christmas approaches, it renews a long-standing conflict over the holiday. It is religious versus secular. It is spiritual versus commercial. It is serious versus frivolous. It is a profound mistake to see the contrast as meaningless.

Christians have long complained their holiday has been hijacked. They see Christmas increasingly transformed from religious to retail. Such attempts to drive them from their territory have gone from implicit to explicit. A growing segment now oppose Christians intruding on their secular celebration.

This contrast is embodied in Jesus Christ and Santa Claus. Despite Jesus being intimately approachable, as God deigning to become human, he is inaccessible to those determined to excise religion from Christmas. In contrast, Santa has been so thoroughly handled by the secular sect that every aspect of religion has been sanded away.

The irony is how derivative the secular is from religion. Santa Claus is a saint, after all — “Santa” is neither his first name nor a coincidence. But where religion originally was, magic is now. Santa is “a right jolly old elf.” He travels the world overnight by flying reindeer, entering houses by chimneys, and leaving toys for children — and, if commercials are to be believed, many adults too.

Even in human form as a baby, Jesus is “too God” for secularists. They can handle only the birth, but not the life — and certainly not the everlasting one. Jesus beyond the baby, and as Messianic redeemer to be sacrificed for mankind’s sins, is too much religion for them to absorb. Better to stick with the magical elf from the North Pole.

A profound contrast exists between the religious and the secular. But an underlying one explains the surface one between God and godless more fully. It goes to how many wish God to be, rather than God’s reality.

Befitting Christmas, this contrast becomes clear in gift-giving. Gifts are as old as Christmas itself. The Wise Men brought the first ones. Even Santa’s precursor, the actual Saint Nicholas, was a gift-giver.

Where religious and secular differ is their interpretation of gifts and their receipt of them.

For the religious, the real Christmas gift is God’s Son and the offer of salvation. It is an eternal gift, and it is an inherently simple one. It is the one gift, and it is the centrality of Christmas.

For the secular, gifts are central to Christmas, too. But far from being eternal, they are ephemeral. Far from being one, they are many. It is not the thought that really counts, because every other aspect is counted: More, bigger, and better are the measuring sticks, which is why money is often their ultimate gift.

For the religious, a peace emanates from their one gift. For the secular, anxiety often comes from their many.

Yet the very fact that the religious gift is clearly the better leaves us with a conundrum as to why it frequently is not the one preferred. The reason comes in the receiving and lies at the root of the secular attraction.

A gift of such magnitude is hard to accept. It requires accepting ourselves, too — all our failures and inadequacies — and that can be even harder to accept.

Ironically, for the secular, who are more comfortable with gifts’ quantitative attributes, such magnitude is alienating.

For the secular, the Santa Effect removes their difficulty. Aside from the magical, make-believe aspect, there is a very real-world aspect to Santa’s gifts: They are worldly to the point of being transactional.

Santa is “making a list; checking it twice, gonna find out who’s naughty or nice.” He does not bring presents to everyone; you must have been good. Therefore, at its core, the gift from Santa is earned.

If we get gifts, it is because we kept our end of the magical bargain. Santa just delivers them, but we earned them. Our ledger balances at the North Pole.

Santa therefore fits our ego perfectly. It is how we want to see ourselves and how we want others to see us. Further, it is how many want to see their religion and salvation.

We do enough good — enough to cancel out our bad — and that suffices. In such a misconception, God is an omniscient and lenient accountant. If we just finish in the black in his final tally, we will receive some form of blissful eternity. We will have earned it, after all.

That is a far cry from the conception of the real, religious Christmas gift. God’s gift, grace, is not earned at all. It is thoroughly undeserved, and if we got what we deserved, we would get just the opposite. It is a gift that puts us forever in debt and one, the one, we can never repay.

The seasonal juxtaposition between Jesus and Santa is far more than just religious versus secular. It is one that goes to humanity’s relationship with God. It is one involving faith in God, resignation, and indebtedness versus faith in ourselves, and a self-salvation to which we feel entitled. Ultimately, it is the difference between making possible eternal life and making palatable terminal life. It is the difference between a transformational gift and transactional ones.