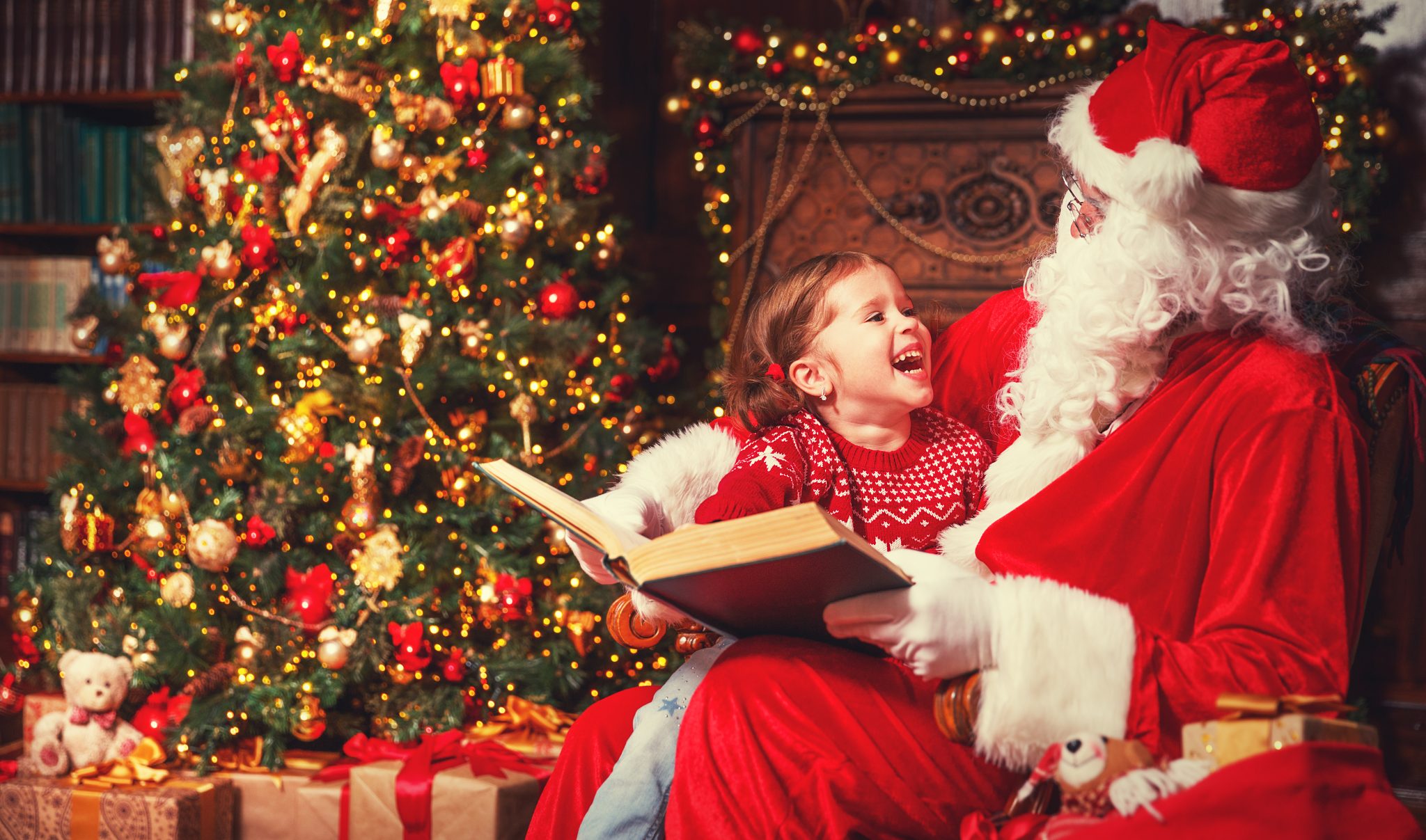 When I was growing up, Santa Claus was an inside joke that we all shared. Christmas Eve was at Grandma and Grandpa Lott’s house in Portland, Oregon. After dinner and so many sweets that the kids were spun up like tops, it was time for Santa to arrive.

He (or she) would come down not the chimney, but from upstairs and frequently make the same joke about how something was blocking the smokestack. This was very clearly Grandpa, or sometimes Uncle Bill, or on at least one occasion Great Aunt Peg. This relative, in a red suit, cap, and fake beard, would hand out small presents to all the kids that said “From Santa,” wish us all a “Ho, ho, ho, Merry Christmas!,” and then go back upstairs to take the costume off and mothball it for the next year.

I don’t believe that any of us past the age of about one thought this was actually Santa Claus. Instead, it was a fun thing that we all did together to help ring in a holiday that was really about family and presents and the baby Jesus. We were brought up to believe that those things were real, and Santa was in a different category. Santa was dress-up. Santa was a small skit that we all knew well. Santa was a jolly good time.

As my wife and yours truly try to figure out what future Christmases should look like for our 5-month-old daughter, that’s not a bad model to follow. I would commend it to others. But there are practical problems standing in the way of us resuming it. Grandpa and Great Aunt Peg are long dead. As of this year, so is Uncle Bill. I could do it, but our home is a ranch-style house with no upstairs and no chimney that we can joke was jammed.

My parents’ place across town in Lynden, Washington, has those things. We could try it there. But once much of the family relocated from Portland to towns on the Washington side of the Canadian border, we didn’t really bring Santa with us. You could say, “Well, maybe Santa’s not necessary for Christmas.” And he’s not, but that won’t stop the questions from my daughter or the feeling that we’re missing out on something fun.

Many children truly believe there is a Santa Claus because that’s what adults tell them. They do this in a number of ways. Their parents tell them that he’s real. There are movies such as Miracle on 34th Street about overcoming doubt in Santa. Even the North American Aerospace Defense Command (NORAD) gets into the act. It pretends to track Kris Kringle as he leaves the North Pole on Christmas Eve and delivers presents to children around the globe.

At some point, kids figure out that we’ve been pulling their leg, and that raises a whole bunch of difficult questions. “If they are not telling me the truth about Santa,” your kids are going to wonder, “what other whoppers have they been telling me?”

Many religious families expect that God will be next on the doubting block. After all, the Almighty is often depicted as a bearded man who determines whether we’re naughty or nice and gives salvation to those who are (take your pick) saved, redeemed, chosen, or good. Those who aren’t, well, they get the thing that comes after coal.

It’s not just God that’s at issue here, however. Young children have a genuinely hard time knowing what is true. They think of adults as reliable guides, not because adults don’t lie but because egregious liars are condemned. We warn them not to be like crooked businessmen, lying politicians, fabulists, con artists, and the boy who cried wolf. “Lies are bad,” we tell them. “They can bite you.” When the poor kids learn that a large swath of adults have deceived them, repeatedly, that’s got to mess with their heads.

Over the last few years, many religious parents who don’t have my family’s Santa play solution at the ready have developed a new Santa strategy: Tell the kids that Santa was a real person but that things got a bit out of hand.

One of the nicknames for Santa is Saint Nick, as in Saint Nicholas. He really existed. He was born in the village of Patara, in what would today be Turkey. His parents died when he was young, leaving him a fortune. He took holy orders and became a bishop. According to the St. Nicholas Center, “Nicholas used his whole inheritance to assist the needy, the sick, and the suffering.”

His gift-giving took many forms. Perhaps the most famous is the story of a poor man with three daughters whom he couldn’t afford to marry off. That would have devastated what little social standing they had. It might even have resulted in one or more of the girls ending up enslaved. Nicholas caught wind of this, and he wouldn’t stand for it.

“[O]n three different occasions,” the Center says, “a bag of gold appeared in their home-providing the needed dowries. The bags of gold, tossed through an open window, are said to have landed in stockings or shoes left before the fire to dry. This led to the custom of children hanging stockings or putting out shoes, eagerly awaiting gifts from Saint Nicholas.”

In other variations of the story, the gold was chucked not through a window but down a chimney. Still other permutations feature “gold balls instead of bags of gold.” There was an old expectation on the feast day of Saint Nicholas (December 6) that Catholic children would receive three oranges to represent those gold balls. My wife tells me that was true of her late French Canadian grandmother in her childhood. At the time, oranges were not cheap to come by.

The details are tantalizing, but the point is that Saint Nicholas was a real person who was known for his generous gift-giving and who was beloved by children. That is the truth that you can tell your own children without fear of contradiction. If they have preconceived notions about Santa, however, they still might start up the waterworks.

On the Christian Broadcasting Network website, Rebecca Lamb wrote about the time that she took the Saint-Nick-absolutely-was-real-approach to explain things to her 5-year-old daughter Hollie. This prompted the emotional reply, “Santa’s dead?!” Lamb says it certainly wasn’t her “intent to destroy Hollie’s Christmas fantasy, but to grow her understanding of the purpose of the holiday. I never imagined she would surmise Santa’s demise.”

This approach is probably a little bit easier for Catholics and Orthodox than for Protestants, because for us the dead aren’t quite so sealed off from the living. Based on his good works and a miracle after his death, the Church has declared Nicholas to be a saint. By definition, that means that he’s in heaven and capable of putting in a good word for us with the Big Guy Himself. Maybe he can even get us on the Nice List.