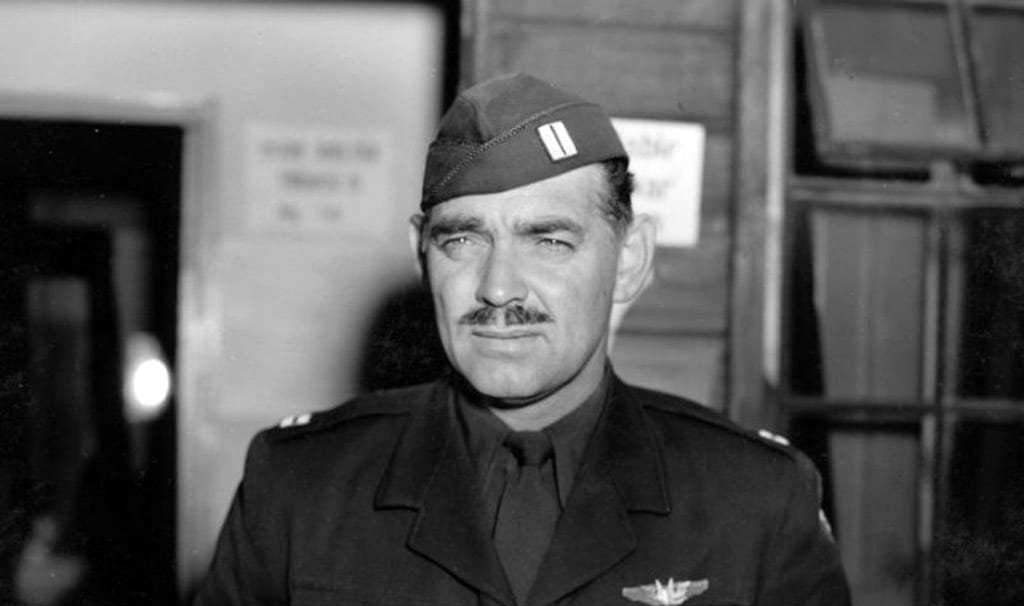 Allan Jones: Are you a man or a mouse?
Groucho Marx: Put a piece of cheese on the floor and you’ll find out.

On Memorial Day weekend, we celebrate courage, specifically that of the men who died fighting for the greatest country in the history of the world. Once upon a time in Hollywood, such bravery was taken for granted. After the Japanese attack on Pearl Harbor, even the most popular male movie stars quit their lucrative studio contracts to join unknown men in uniform, dirt, and combat. It didn’t matter to Clark Gable that he was “the king of Hollywood” and had just nailed the most iconic role of his career as Rhett Butler in Gone with the Wind. He became Lt. Clark Gable of the U.S. Army Air Force, flying bomber missions over Germany. The Luftwaffe offered a $5,000 reward to any pilot who shot him down. Gable had plenty of all-star company — Jimmy Stewart, David Niven, Glenn Ford, Tyrone Power, Henry Fonda, Robert Montgomery, and many more who didn’t just play heroes but embodied them. Today, we have John Cena and Hollywoke.

John Cena is a World Wrestling Entertainment star turned actor. Until a few days ago, his most famous screen appearance was in The Marine (2006). Young male viewers made the picture a modest worldwide hit ($40 million). They appreciated the role model of a tough American soldier hunting down the creeps who kidnapped his sexy wife (Kelly Carlson). But last week, Cena got a lot more viewers as himself on a video groveling and whimpering to communist China in Mandarin for the “insult” of having called Taiwan a country in an interview. You wouldn’t know what he’s apologizing for from the video, since Cena never mentions his offense. But his Chinese masters know and approve.

That Taiwan is an actual democratic nation under constant threat from its massive hostile neighbor made no difference to Cena or Universal Studios. Not when measured against the market value of their upcoming release in China, F9 (Fast and Furious 9). Courage being unprofitable, they discounted 24 million Taiwanese like an advertising expense. So when Cena goes all “macho a macho” versus Vin Diesel in F9, Western boys are expected to accept him as that guy, not the simpering wimp he proved himself to be. But Chinese boys will be laughing at him, because, as Spencer Klavan states in a new essay for the American Mind, “Courage is mere pretense unless it is lived out, unless at the moment of truth you really do stand on your feet where others cower.”

Doubtless the banishment of strong male role models from Hollywoke entertainment has created a real-life vacuum for boys. The men who fought against Japan, Germany, North Korea, North Vietnam, Al-Qaeda, and ISIS had plenty of them. They may not have been as physically formidable as Cena, but intrinsically they were even more so. This is also why a brief and regional period of American history, that of the frontier West (1865–95), inspired more than a hundred years of literature, cinema, and television.

Westerns depict a world where a man survives by his own skill, outside of any social pressure, government control, or cultural delusion. Their leading men unnerve civilized people because they remind them of the wilderness all around. For they know once it starts to encroach on them, all their ideals and delusions won’t save them. Only the heroes can, because they’re part wild themselves. Throw in other leftist-triggering concepts such as honor, male camaraderie, and gun skill, and the need for the genre’s total erasure from Hollywoke fare becomes obvious. After all, Hollywoke wants not strong, Western-style heroes, but beta men wearing masks on lone hikes, voting for Democrats, and supporting insane policies like “defund the police” and the Green New Deal.

My stepfather Juan, a member of the Greatest Generation, won’t go to sleep until he’s seen his nightly Western. Three months ago, I turned him onto the best TV Western series ever made, The Big Valley (1965–69), to his great delight and mine as we watched it together at his place every weeknight. Adding to my new enjoyment of the show is my friendship with one of its two living stars, the great Lee Majors, a real man and true patriot, unlike John Cena and his ilk. Lee sent me a picture of himself and co-star Peter Breck to share with Juan. 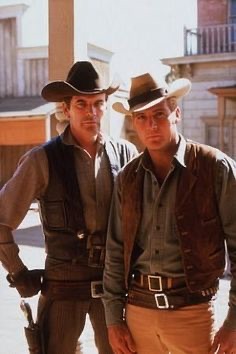 I used to love The Big Valley as a naïve young fan. It’s the saga of the premier family of post-Civil War Stockton, California, the Barkleys, dealing with the last gasps of the frontier and the addition of the murdered patriarch’s bastard son, gunfighter Heath, Lee’s character. “Being adopted makes you feel like an underdog,” Lee told me. “So I stood up for all of them … It’s why Heath had to fight for his right to be part of the family.”

Today, as an aging novelist, I marvel at the show’s construction and writing. Each episode is a fine morality play, with the Barkleys trying to do the right thing for themselves and the community, often at the risk of death. In a brilliant fourth-season episode, “The Profit and the Lost,” Barkley matriarch Victoria Barkley (the magnificent Barbara Stanwyck) buys off a hired killer (Robert Loggia) who has a contract on Heath, knowing he’s a faster gun than her stepson. Heath hears about it and confronts Victoria: “After he rides out, who’s next? Mother, if it’s wrong for Vern to kill for money, it’s wrong for me to stay alive because we got the money to buy him off. He’s got to be stopped. I don’t know if I can, but I’ve got to try. I’m sorry, mother, I’ve got to face him.”

They don’t write masculine codes of honor like that in Hollywoke entertainment anymore, to the detriment of the country. But those who watched The Big Valley or many a Clark Gable picture got something constructive out of it. And our nation got better men, like those we celebrate this weekend.