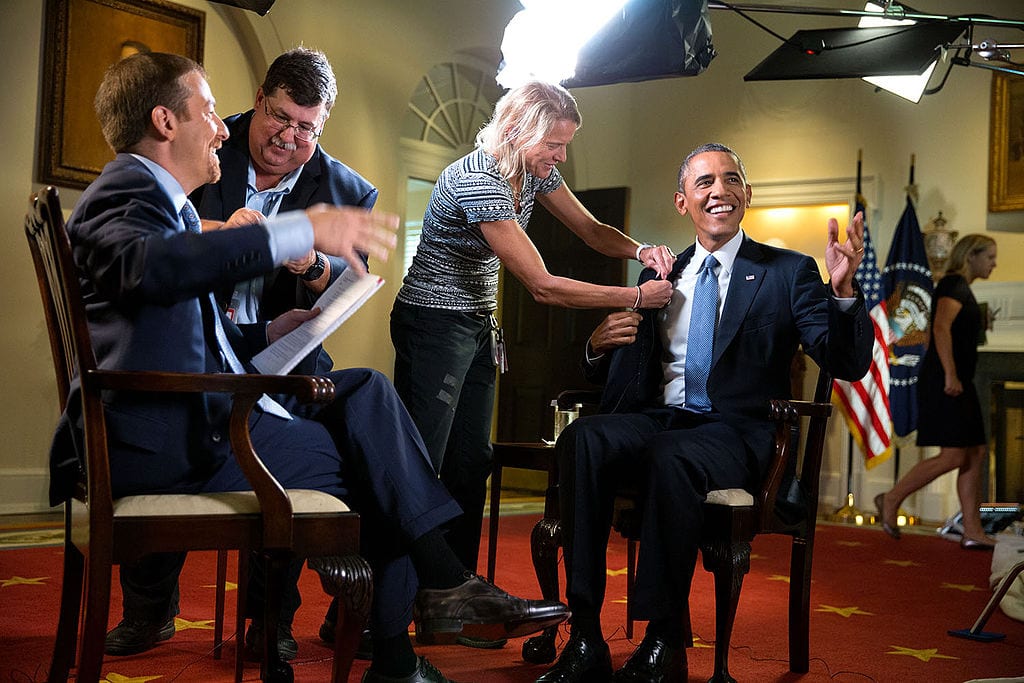 The agenda driven far-left wing Media Matters launched a torpedo at Sean Hannity and Fox News — and wound up targeting one liberal media figure after another for conflicts of interest. So what to do? Why, say nothing of course.

In a stunning development, in the midst of accusing Fox’s Sean Hannity of a conflict of interest because it was revealed in a Court hearing that Hannity was a “client” of Trump lawyer Michael Cohen, the Media Matters standard was quickly applied in various outlets to Hannity’s liberal media critics — with devastating results. (And full disclosure: I write columns over there at Hannity’s website.)

Hannity had repeatedly identified Cohen as a friend in the latter’s occasional appearances on Hannity’s radio show. So it came as no surprise to his audience that Hannity, like anyone else, would occasionally discuss legal matters with a lawyer friend. In the noise partly generated by Media Matters the conservative talk host and opinion journalist made his relationship with Cohen crystal clear for the record, saying here:

Michael Cohen has never represented me in any matter. I never retained him, received an invoice, or paid legal fees. I have occasionally had brief discussions with him about legal questions about which I wanted his input and perspective.

I assumed those conversations were confidential, but to be absolutely clear they never involved any matter between me and a third-party.

But the controversy quickly turned the spotlight on liberal media figures. Over at the Daily Caller the fact that one-time Clinton lawyer Bob Barnett has represented loads of journalists. A demand arose that the “Sean Hannity Standard” (as coined byBreitbart’s John Nolte) be applied to Hannity’s critics. With the spotlight turned on, it quickly came clear the number of conflicts of interest in the liberal media could sink the Sixth Fleet, they were both so numerous and compelling. And Media Matters, after calling attention to Hannity, quickly determined to go dark on the subject of liberal media conflicts. Make that continues to go dark.

How does Media Matters play this typically deceptive game? There are plenty of examples of how it ignores conflicts with liberal media figures, but let’s take just one to show how Media Matters plays the game.

NBC’s Chuck Todd repeatedly hosted Virginia Democratic Senators Jim Webb and Tim Kaine (the latter the 2016 Democratic vice-presidential nominee) on Meet the Press, along with Vermont Senator and 2016 presidential candidate Bernie Sanders. At no time did Todd notify viewers that he had a conflict with all three because of his wife, a longtime Democratic consultant. The Webb story was headlined here in Politico in 2014:

The story: That Kristian Denny Todd — aka Mrs. Chuck Todd — “served as the communications director for Webb’s 2006 Senate campaign in Virginia” and was in 2014 “helping and advising” Webb as he geared up for what would be his short-lived 2016 presidential campaign that started and ended in 2015. When Webb appeared on Todd’s show in February of 2017 there was nary a word about this.

Then there was this NewsBusters headline from 2016:

But Maverick Mail & Strategies, the firm Mrs. Todd founded in 2007 with fellow James Webb aides Steve Jarding and Jessica Vanden Berg, did heavy lifting for openly socialist Bernie Sanders for President this year. Open Secrets shows a bill for $1.992 million made in ten payments to Maverick from January to April. Todd has never disclosed this business relationship in 11 Sanders interviews this year. (If the work began in 2015 before the payments, Todd failed to disclose any tie in six Sanders interviews in the second half of 2015). We didn’t even count any Todd interviews with Sanders on MSNBC.

By coincidence, Sanders was on that same February, 2017 Meet the Press show in a separate segment from Webb. Which is to say, two of that morning’s Todd guests were his wife’s onetime clients.

And the Media Matters coverage of Todd and NBC on this issue?A search of the Media Matters website for a reference to any of this using the name “Kristian Denny Todd” returns a solitary reference to Todd’s wife from 2006 — quoting her in her role as the “Webb campaign spokeswoman Kristian Denny Todd.” There is no reference in that story that she is married to journalist Chuck Todd, who in 2006 was the editor-in-chief for the Hotline, a publication of the National Journal.

Recall Todd’s own statement on Fox and the Hannity-Cohen story? This, which Media Matters dutifully reported?

“Going to find out what kind of org Fox is today. No serious news org would allow someone this conflicted to cover this story.”

Fox did release a statement that said:

While Fox News was unaware of Sean Hannity’s informal relationship with Michael Cohen and was surprised by the announcement in court yesterday, we have reviewed the matter and spoken to Sean and he continues to have our full support.

To which Todd responded:

I am stunned that Fox had no punitive response. Not a “Sean Hannity must disclose every night,” not a “he can’t cover this story,” not a “he’s been suspended for a week,” nothing! Not a single thing. They are saying this is okay for anybody that works at Fox News.

Media Matters made sure to feature the first of Todd’s tweets in a story headed:

There are no rules for Sean Hannity at Fox News

Later in the day a second story ran, again quoting Todd. That headline:

And yet when it comes to Chuck Todd’s massive conflict of interest interviewing Meet the Press guests and never giving the slightest indication to viewers that some of the guests are his wife’s paying clients? Or that his wife has given the guest a campaign contribution? Not a peep from Media Matters about any of that quite vivid conflict of interest. Not to mention a word from Todd about his own conflicted reporting for NBC. Again, this was his response when throwing stones at Fox: “No serious news org would allow someone this conflicted to cover this story.” But NBC? No problem.

I’m not one for making politics personal. But this level of hypocrisy cannot be given a pass.

Media Matters liberal stenographer Matt Gertz writes this about Fox News and Hannity: The statement’s message is simple, bold print below in the original:

The network isn’t interested in whether Hannity has a conflict of interest. It will take Hannity’s claims at face value without delving into his relationship with Cohen.

Fox’s executives don’t feel that they owe it to their audience to apologize.

There’s no indication that the host will be restricted from discussing Cohen going forward.

There’s no signal that the network believes Hannity did anything wrong. He certainly won’t be disciplined.

There’s not even a name attached to the statement taking responsibility for the comments.

Fox has, through word and deed, consistently shown that the network doesn’t operate like a normal news organization.

The network isn’t interested in whether Todd has a conflict of interest. It will take Todd’s silence at face value without delving into his wife’s relationships with Webb, Kaine and Sanders.

NBCs executives don’t feel that they owe it to their audience to apologize.

There’s no indication that the host will be restricted from discussing Webb, Kaine, Sanders or any of his wife’s other clients going forward.

There’s no signal that the network believes Todd did anything wrong. He certainly won’t be disciplined.

… NBC has, through word and deed, consistently shown that the network doesn’t operate like a normal news organization.

Matt Gertz will never be writing a story like that because Media Matters is never going to give these brazen conflicts of interest by liberal media figures the time of day. Hannity and Fox, yes. Todd and NBC? Never. And that goes double for any liberal media figure who has had ties to the Clintons or the Obama Administration.

All of which is to say, there is a “Sean Hannity Standard” and a “Chuck Todd Standard,” the latter of which is actually the “Media Matters Standard.” And Media Matters knows which side its left-wing donor bread is buttered on. When it comes to liberal media conflicts of interest, Media Matters has one standard: Silence is Golden.