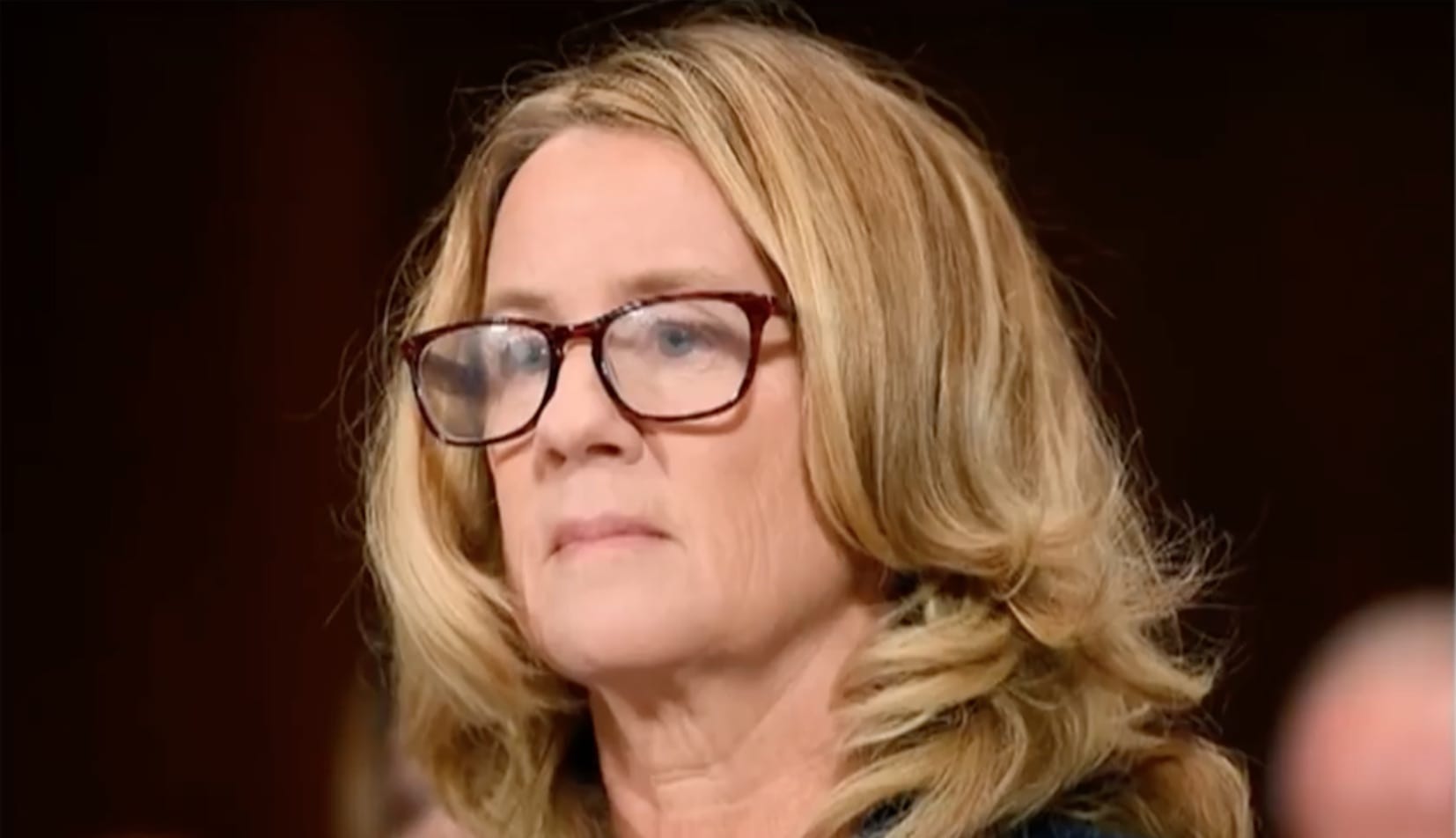 A reasonable, objective, establishment media would have spent far more time than it has in delving into Dr. Christine Blasey Ford’s background and credibility, and her veracity under oath — especially if they think it relevant to endlessly parse Brett Kavanaugh’s high school yearbook, jokey memos about Beach Week, and collegiate throwing of ice from a barroom glass.

Granted, there is an important line, not to be crossed, between rational examination of relevant information and, on the other hand, blaming or bullying the putative victim. Yet the examination mustbe done. The accused cannot be automatically assumed to be guilty. This isn’t just a legal principle, but a moral one. A false allegation, even if it never reached a court of law, can ruin reputations and even lives.

Yet most of the media has acted as if the only one whose veracity and character are legitimate grounds for investigation is the one accused of heinous acts. It is trite but very true to refute that idiocy by reference to the accused Salem witches, the Duke lacrosse team, the University of Virginia fraternity, or the fictional Tom Robinson in To Kill a Mockingbird.

In the case of Dr. Ford, several of the lines of investigation journalists should have pursued — without prejudice either way — would include the following:

Does she have political or financial motives? She claimed she is “fiercely independent,” but is that actually her record? Any time a conservative makes any complaint about a liberal, the immediate assumption, in news leads and headlines, is that the complaint is politically motivated — so why not at least ask the question here?

Does her story about why she went to marital counseling stand scrutiny? Apparently not. She said the marital tensions stemmed from her demanding a “second front door” because of her fears of another assault — but the second front door actually was built several years before the counseling, and was used as an entrance, apparently, by… get this… the very “couples counselor” involved, who used Ford’s own home as the counselor’s place of business.

Has she ever, in her life, shown any prior fear of flying before she claimed such a fear as the reason why she needed to delay her hearing? (Answer: Apparently no.)

Why did she change her story of an assault in the mid-1980s, when she was in her late teens, to1982, when she was just 15 — and does her tale of “struggling” due to the trauma match up with that timeline? (I explored this question in an earlier column here.)

Why did she offer so many other shifting details, in such short order, and leave so many blanks in her story? (Why is it that her memory is credited as unquestionable with regard to Kavanaugh being the perpetrator, but her manifold confusions of memory are accepted as being irrelevant to the former question?)

Why haven’t reporters and editors been more interested in the stunning dichotomy between Ford’s listing of her lifelong friend Leland Ingham Keyser as present at the gathering, and Keyser’s insistence that she never even knew Kavanaugh and remembers no gathering remotely like it? How could they accept, without question, Ford’s contention that it is unremarkable for Keyser to forget such a gathering? (Most people would think that if a girl — Keyser — went with only one female friend to a gathering with older boys both barely knew, and the friend disappeared, leaving Keyser as the only girl there, it would be very surprising indeed for Keyser not to remember it, especially if the alleged attacker, Kavanaugh, was as flagrantly drunk as Ford said he was even before the attack.) Why did it take a British, not American, publication to explore Keyser’s status?

Finally, Ford testified quite specifically that she “didn’t speak with anyone during that timeframe other than my counsel,” yet she entered the hearing with her lifelong friend Monica McClean, a 24-year FBI agent, former spokesperson for anti-Trump prosecutor Preet Bharara, whose house in Rehoboth Beach, Del., Ford may have been visiting as she was making her reports to Sen. Dianne Feinstein. Shouldn’t thorough reporters be asking what role McLean played in all this, whether indeed Ford was staying at her house, and if McLean helped line her up with lawyers and the polygraph expert?

The point here is not to say for certain that Ford has a dodgy memory, much less that she is a liar. The point is that these questions are all not just relevant but obvious ones to ask — yet the same publications tracking down non-arrests for ice-throwing can’t seem to be bothered to track down these facts with direct, not indirect, bearing on the reliability of her claims.

This is journalistic malpractice, born of severe political and cultural bias. These journalistic sins of omission are damning, and inexcusable.