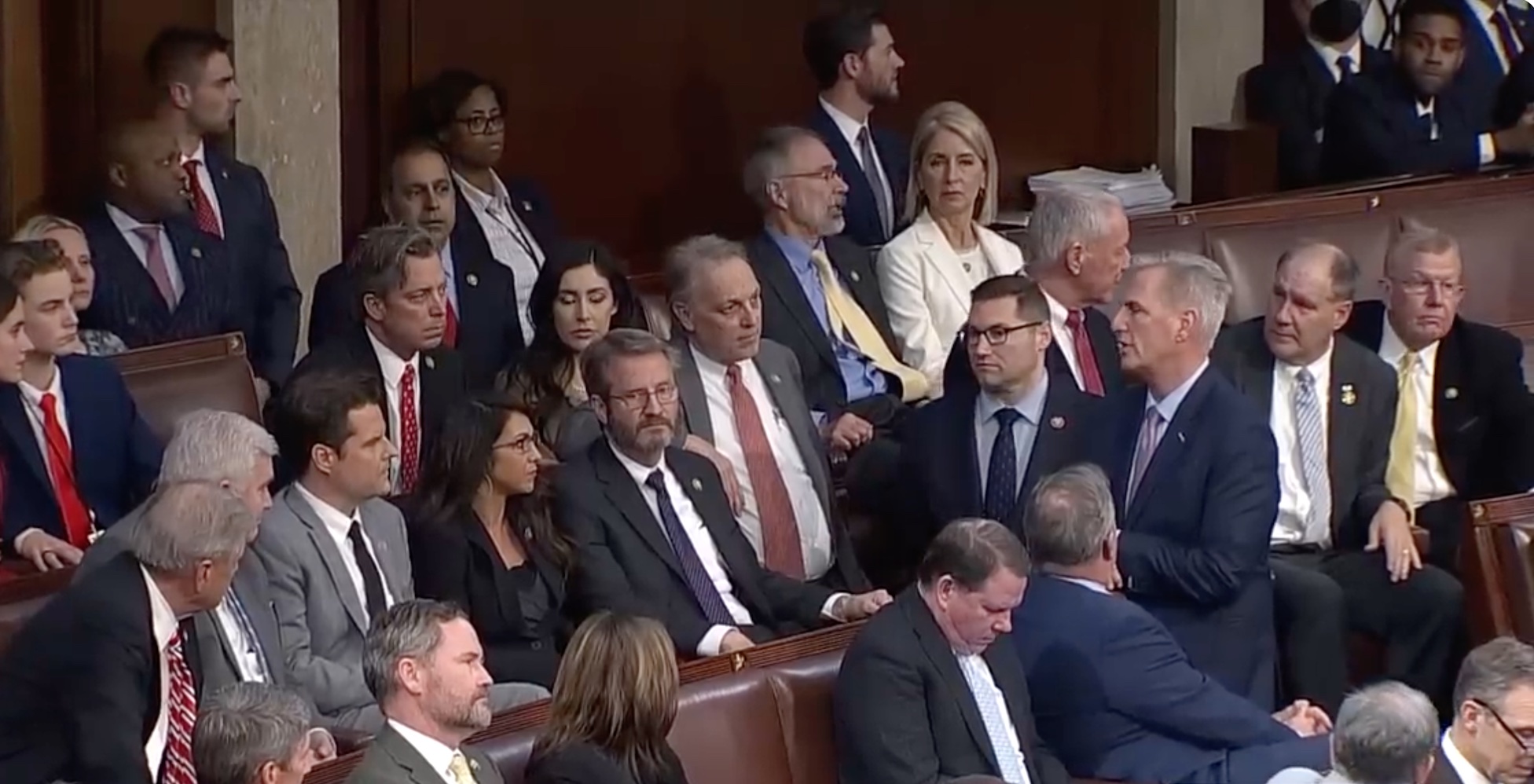 The House of Representatives’ struggle to elect a speaker has been repeatedly defined as “chaotic” by mainstream media outlets. Apparently, deliberation and debate are signs of disorder and are not to be desired in our society. While the phrase “threat to our democracy” has become increasingly trite due to its ubiquity in the news, media members who frequently employ it are often blind to their own hypocrisy, which is best illustrated by their apparent contempt for political deliberation. Although deliberation and debate are key components of our nation’s form of government, many journalists seem to want our government to take action quickly and often but are less concerned with that action’s quality or the process that gives rise to it.

Journalists often assess the “productivity” of Congress by tallying how many laws our legislative body passes. In early December, David Boaz of the Cato Institute argued that this is an extremely poor way to evaluate Congress. He’s right, and it is also lazy. Passing a law is not like scoring a goal in hockey. There is no such thing as a bad goal out on the ice. But a bad law? We see those all the time! The regulations, subsidies, and taxes passed in Congress often have detrimental consequences for the economy and our individual freedoms. In other words, passing a new law can be extremely counter-productive, so the number of laws passed cannot be used as a simple way to judge the productivity of our politicians.

While legitimate debate about who should be the Speaker of the House has been negatively labeled as “chaotic,” there was very little concern raised in the media over the frenetic process that led to the omnibus spending package at the end of 2022. The $1.7 trillion package, which totaled over 4,000 pages of text, was released in the middle of the night just days before it was to be voted on. In addition to funding the government, the legislation contained a myriad of policy changes that should have been voted on individually. The result was that our elected representatives hastily passed a bill which contained major policy changes that they did not read. Doesn’t that seem pretty chaotic? You’d think media outlets who constantly warn about threats to democracy would be repulsed by such a process.

There has also been relative silence about the lack of debate allowed in the House of Representatives over the past six years. As former Michigan Representative Justin Amash occasionally points out on Twitter, there have been a grand total of 0 votes allowed on floor-offered amendments in the House of Representatives since the end of 2016. When our nation’s law-making body is micromanged from the top down and precluded from considering amendments to proposed bills, our elected leaders are not engaging in a deliberative process. More bills may be passed with greater haste, but too much power resides in a small number of political leaders. Unfortunately, this reality receives little attention from mainstream media.

James Madison, known as the father of the Constitution, was extremely concerned about impetuous government activity. In his book, Madison’s Metronome, political theorist Greg Weiner argues that Madison supported a system of checks and balances as a means of imposing speed limits on governing processes. Madison believed that without the time needed for passions to dissipate and deliberation to take place, legislative bodies would make rash decisions, as opposed to employing reason when taking action.

A greater volume of legislation passed into law or quicker elections for Speaker of the House are not necessarily a sign of a productive governing body. Pundits and journalists are often too quick to denounce the deliberative process and cast it in a bad light. Without deliberation, we are stuck in an oligarchy, not a republic. The House’s inability to elect a Speaker in a rapid manner should be seen as a win for deliberation, not as a chaotic failure.

Benjamin Ayanian is a graduate of the University of Minnesota, where he studied philosophy, business law, and political science. He has also been published in the Star Tribune and the Wall Street Journal. Follow him on Twitter at @BenjaminAyanian.