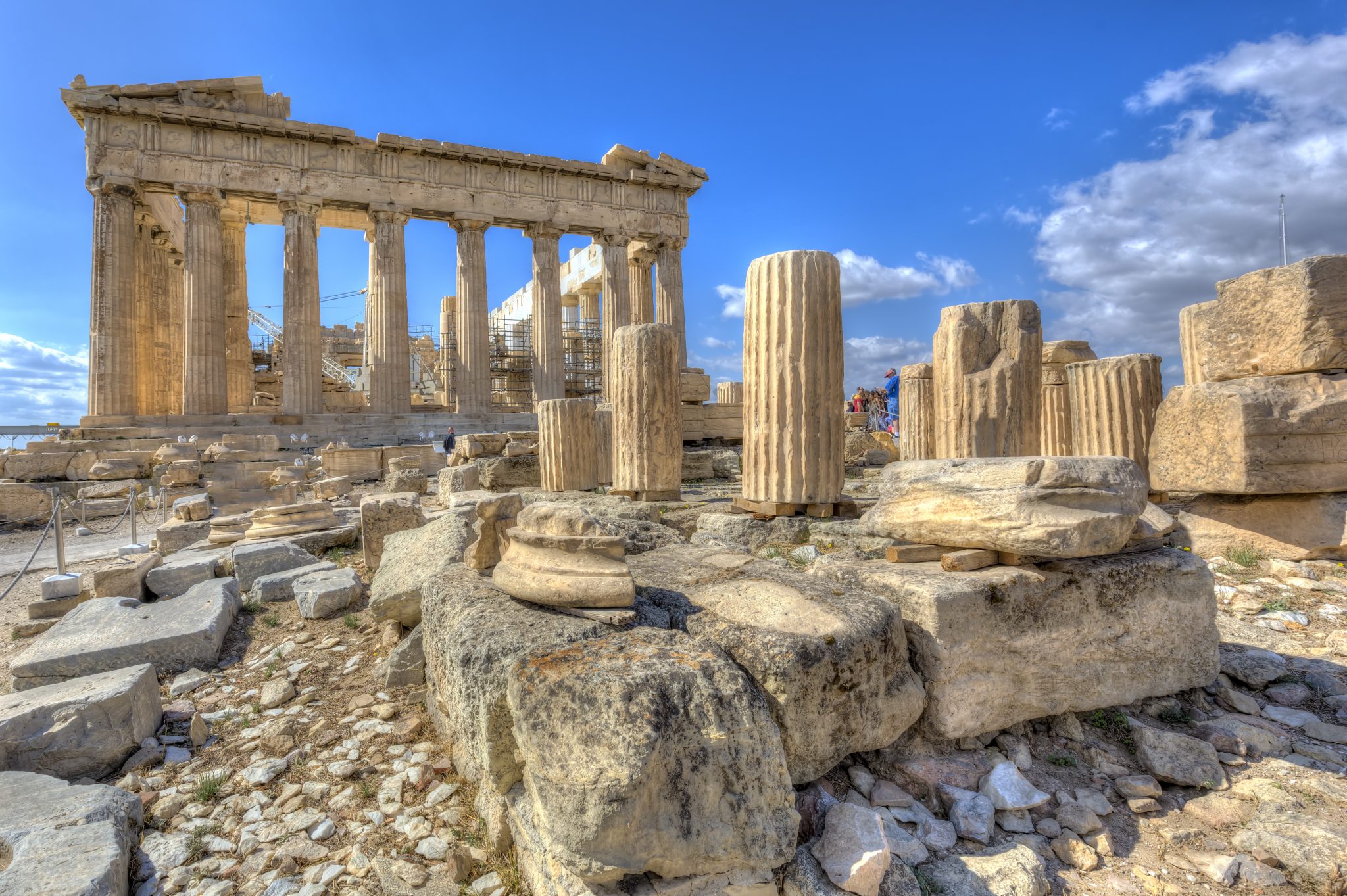 A debt-to-GDP ratio exceeding 100 percent? Check. A contracting economy? Check. Millions dependent on the government? Check. Blaming foreigners for internal problems? Check. Officeholders choosing national over political suicide? Check. An unemployment rate around 15 percent? Check. A world power with its best days behind it? Working on it.

How Americans migrated en masse to Greece under travel bans and stay-at-home orders remains as mysterious as the elusive coronavirus vaccine. In year four of the Trump administration, we became Greece, not great again.

Like the Greeks, American politicians foolishly empty coffers and expect others to bail them out. California Gov. Gavin Newsom, for instance, promises $500 payments to the illegal aliens in his state who do not receive federal stimulus checks. Newsom demands an additional $1 trillion in federal aid specifically for California and several other Western states. Newsom recently said of California, Washington, Nevada, Oregon, and Colorado: “These budget shortfalls are so much bigger than any state.” Does anybody wonder why?

Like the Greeks, Americans see the failure of big government to deliver them from evil as justification for more of the big government that unleashed damaged in the first place. “I think there is a strong likelihood we will need another bill,” Treasury Secretary Steve Mnuchin told the Hill on Thursday. Lindsey Graham wants an infrastructure bill, declaring Thursday on CNN: “This is the time to go big.” Before defending the massive relief measures this week, Federal Reserve Chairman Jerome Powell maintained in a speech last week that America may require “additional policy measures,” i.e., spending bills, to combat the economic downturn. With Republicans like these, who needs Democrats?

Like the Greeks, Americans allowed their government to bribe them into dependence. A new survey claims that 82 percent of Americans want the federal government to provide relief in addition to the stimulus checks. More than three-quarters of respondents affirmed that coronavirus means the United States should move toward universal health care. A majority believes it wise to suspend rent, mortgages, and student-loan payments. Some Americans caught coronavirus. More Americans caught socialism.

The balance sheet of the Federal Reserve surpassed $7 trillion this week. This unprecedented situation means the central bank owns assets equivalent to about 35 percent of the American economy.

Like the Greeks, we borrowed our way not into prosperity but recession. We pay about a half-trillion dollars in interest payments to service the debt this year. This amount exceeds $1 trillion annually sometime in the next decade. With the national debt above $25 trillion and rising dramatically as the Treasury likely borrows something close to $5 trillion this year — a deficit higher than any previous total budget expenditure — America races so far into the red that even if every dollar earned in the country for the next year went to pay our creditors we would still owe more than India, Russia, Brazil, Canada, and Australia combined.

Unlike the Greeks, we create money through our central bank and then lend ourselves that essentially counterfeited currency. The balance sheet of the Federal Reserve surpassed $7 trillion this week. This unprecedented situation means the central bank owns assets equivalent to about 35 percent of the American economy. To put money in our pockets the Fed ensured the eventual depreciation of the money in our pockets by creating so much of it. If a short man decided to become taller by making a foot 10 inches rather than 12, then you might look down upon him in ways literal and figurative. The clear-eyed see the decision to save the economy by the Federal Reserve printing trillions to lend to the Treasury to send out as stimulus as a scheme of this kind. You cannot create height by shortening measuring units. You cannot create wealth by devaluing currency. When the hoarding subsides, this catches up to us.

The impulse to loosen the money supply and run deficits and stimulate the economy during downturns might represent sensible policy in most such situations. Unfortunately, profligate politicians did all of that when the economy expanded. This made the bad position we now occupy worse and guaranteed that recessionary gimmicks failed to work as intended once they became entrenched as standard operating procedure. It’s not just that the degree to which we borrow, print, and stimulate goes so far beyond the rational response but the degree to which it represents a non sequitur that astounds. Normal measures do not cure what ails us because the contraction stems from an abnormal cause.

The one measure guaranteed to make America America again costs nothing. It involves local, state, and federal government respecting the freedom to choose. The decision to keep an appointment at the hairdresser’s, exercise at the gym, work in a factory, eat at a table crowded with friends at a restaurant, and attend school, religious services, and concerts belongs to citizens rather than the state. This draconian imposition on economic freedom came by way of a cancellation of political freedom: the very chief executives entrusted to enforce the law broke it by usurping legislative powers. No mayor, governor, or president possesses the right to create law by a mere decree, but that tyrannical mindset infected elected officials with the onset of coronavirus. Socialism goes with dictatorship just as freedom goes with self-government.

Siphoning rather than producing wealth, politicians instead of competition picking winners and losers, one-size-fits-all over federalism, monetizing debts rather than paying them, and incentivizing bad policy through bailouts instead of allowing natural punishments to follow bad policy all transformed the greatest nation in history into a busybody, unfree, second-rate state in mere months. Open America so that we can return to America.