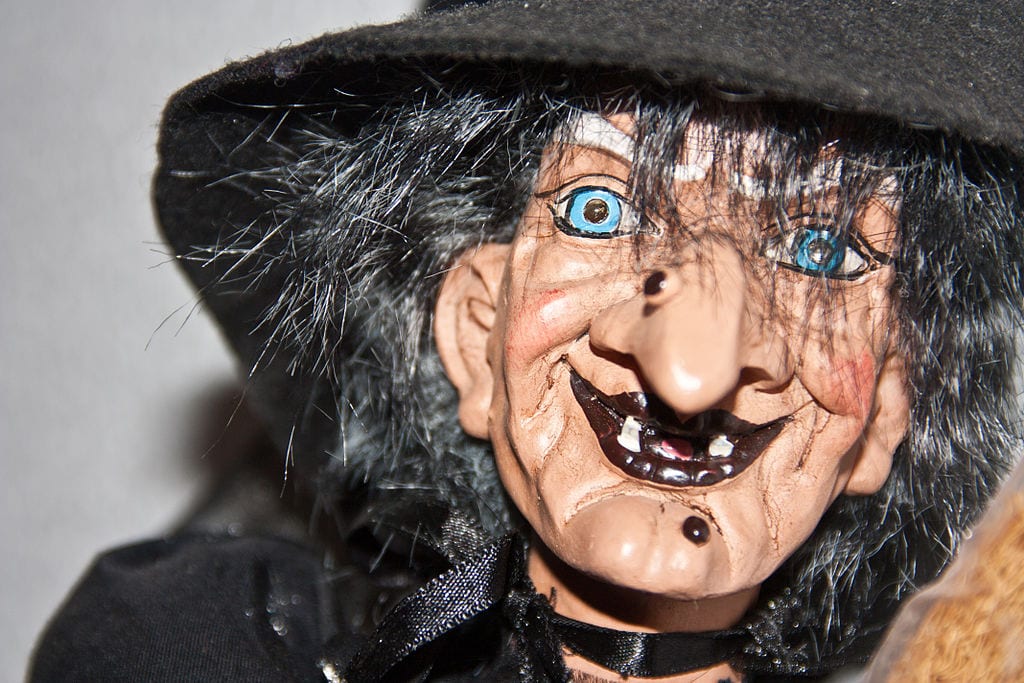 Wednesday
About twenty years ago, there was a rash of witch sightings in the elementary schools of America. Teachers, in the eyes of kindergartners, became able to fly above the playground, have sex with the students, penetrate the students with scissors — all without any supporting evidence. This was particularly true in an elementary school or pre-school just south of Los Angeles. It went so far that even mighty newspapers here like the LA Times ran stories supporting the children’s accounts. Bumper stickers began to appear on hippie cars like Volvos saying, “I BELIEVE THE CHILDREN.”

This despite there not being a mark on the children or a speck of blood anywhere near the schoolyard.

I wrote an article saying how ridiculous this all was. It was accepted by the LA Times op-ed staff but someone there warned me that the staff there largely “BELIEVED THE CHILDREN” and if they ran my piece they would never run anything by me again. I have never tested them.

It all comes to mind when I think of the recently concluded witch-hunt (no quotation marks needed on this one) about Donald Trump and the Russians.

There never was any evidence of Trump-Russia “collusion.” No one ever even knew what collusion would look like. It would have to be something huge to swing an election against the odds-on favorite, Hillary Clinton. (And by the way, I really like Bill Clinton.) But there was no such event anywhere on the horizon. So where was the collusion? It existed in the minds of a few blowhards on Cable News and in the Congress. Otherwise, it did not exist. It was as much of a fantasy as Hansel and Gretel. But the media ate it up. Without any evidence at all, the media/Congressional complex was positive that Trump was a Russian agent. My neighbor here in California, Adam Schiff, would have staked his life on it. I wish I were rich enough to run for Congress and shout him down.

Now, Mr. Mueller has come out with his report and despite his every effort to terrify and jail Trump’s supporters — and I hope Trump pardons them all — he could not find a crime that merited punishment or sanctions or even severe complaint.

So, naturally the big babies of the media cannot call it quits. They have to proclaim that there is something hidden in the edits (“redaction” is the French word for “editing”) that would damn Donald Trump for all time. And they won’t let go of this bone. Like a real hound dog, they growl and bare their fangs when you try to snatch that bone — the TRUTH — away from them and give it to history.

I keep thinking, thank God for Fox News. Thank God for the Wall Street Journal and for The American Spectator. The witch-hunt thing was exactly what happened to Richard Nixon. To this day, no one has been able to find a real crime other than “thought crime” against Richard Nixon. Yet the media/Congressional complex was able to use the “existence” of witches to drive this great peace maker from office. The greatest President of the 20th century driven from office by witch burners in 1972-73-74. (Wow, it’s been a long time.)

What if there had been a Hannity in 1973 or a Laura Ingraham or a Trish Regan or a Fox News at all? Nixon would have stayed in office. There would have been no Cambodian genocide. There might even have been progress towards an Arab-Israeli-Palestinian peace.

But thank God that Trump had such strong allies. Thank God for Mitch McConnell and for Newt Gingrich and for all of the media people at The American Spectator who stayed strong for Trump. And God bless the stout-hearted Americans who played it straight and refused to join the stampede to kick out of office a man with some real guts.… Donald Trump, who will go down not only as a survivor, but as a great man.