The Nation’s Pulse,Top Story 1984,John Adams When Love Becomes a Weapon - The American Spectator | USA News and Politics
Menu
The Nation’s Pulse
When Love Becomes a Weapon
It is the dark tool of withholding love that has infected our national life.
by Shmuel Klatzkin
Protestors in Minneapolis, Minnesota, May 30, 2020 (David Brickner/Shutterstock.com) 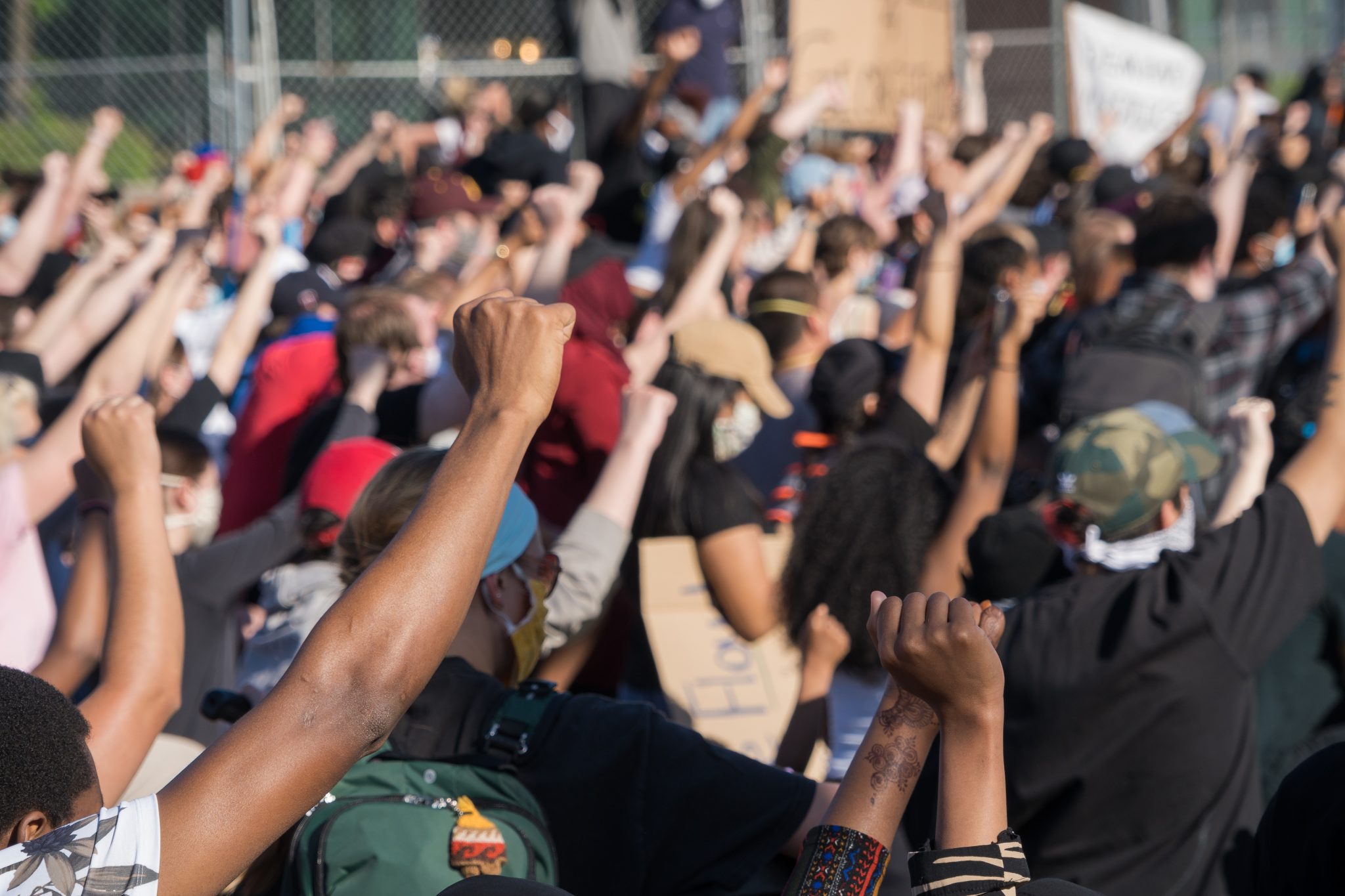 Long before I became acquainted with Saul Alinsky and his tactics, I had read Ken Kesey’s Sometimes a Great Notion. Draeger, one of the important characters in that book, is a skilled union organizer who comes to a coastal Oregon logging community to organize a strike against a giant lumber company. His job is to get all the very independent loggers to cooperate and join the strike so that the big company will have to capitulate. He has become adept at convincing people strongly inclined towards independence to throw in their lot with the union. And these lumberjacks are used to making their own way in life and enjoying their freedom more than money. So to be successful, he has come up with a sophisticated strategy.

Man will oppose everything except a Hand Extended, … he will stand up in the face of every hazard except Lonely Time; that for the sake of his poorest and shakiest and screwiest principle he will lay down his life, endure pain, ridicule, and even sometimes, that most demeaning of American hardships, discomfort, but will relinquish his firmest stand for Love … Love — or the fear of Not Having It, or the worry of Not having Enough of It, or the Terror of Losing It — certainly does conquer all.

To Draeger, this knowledge was a weapon; he had learned it young and for a quarter-century of mild-mannered wheeling and easy-going dealing he had used that weapon with enormous success, conquering a world rendered simple, precise and predictable by his iron-hammered faith in that weapon’s power.

Draeger’s method was to use love as a weapon. He did not bother to argue out the issues, at least not as the main way of gaining his victories. Rather, he would use people’s connections with others, and induce the friends of resisters to threaten them with isolation and the loss of their love.

Nor rivers drown it.
If a man offered all his wealth for love,
He would be laughed to scorn. (Song of Songs 8:7)

Or as Lennon and McCartney would have it,

But the drive to power is jealous of every power not its own — especially love. No devotion, no allegiance, no love can be tolerated save that of the Party, of the Leader, of the Cause. In the chilling end of 1984, the two lovers, Winston and Julia, who had dared to become human again in the world of Big Brother, are crushed by the Thought Police. They meet each other at the end and say only, “I betrayed you.” And in the end, having had every bit of his humanity smashed, and waiting for the bullet in the back of the head that will make his physical life disappear, Winston realizes “he love[s] Big Brother.” He himself consents to his own crushing and to call that love. We will go that far.

Neither Kesey’s union organizer nor Saul Alinsky and his many acolytes succeeded to 1984’s level of horror. But they all had taken the decisive step along that road by turning love into a tool for the achievement of something else. Genuine love acknowledges that the beloved has an unalienable dignity that must be respected. To use love as a carrot and the withholding of love as a stick is manipulation, not love. The person who falls for the manipulation will be the lesser for it, and the one who manipulates is morally stained.

In Biblical terms, the manipulator refuses to see the image of God in the other, and treats him merely as a mark, an object deserving no respect, only to used and then discarded. On the other hand, God created the “other” when there had been nothing but Himself. We are given freedom even to revolt, though we are not free of the consequences of our own choices. In the words of Deuteronomy, God assures us that “You shall love the Lord your God with all your heart, all your soul, and all your might.” Only after this does the text specify the commandments.

That order is deliberate. First love, then organization. Not organization achieved by turning love into a commodity to be given or withheld from the consumer-addict.

We have long seen the manipulation of love in places closer to home than distant tyrannies. Human relations gone awry almost always have turned love into a tool or a weapon, which guts the heart and soul of love and leaves only the hollowed-out husk, the mere word.

We became conditioned to this prostitution of love through the trillion-dollar bombardment of advertisements, in which are embedded symbols of human sexuality designed to connect directly to our need for love. Products are elevated to the status of necessity by hot-wiring them into our biological instinct for intimacy and shared existence — for physical love.

It is the dark tool of withholding love that has infected our national life. Political strategists follow the Alinsky playbook by exposing the other side, and setting them beyond the pale of any support or defense. Outsiders become the enemies of love, to be punished measure for measure.

We are plunging headlong towards being a nation no longer bound with cords of affection and love. We may wave banners decrying racism, but we are following John Calhoun and actively snapping the cords that bind us. This is our destination — unless we reaffirm our freedom, unless we recommit to love of country and love of our fellow, and unless we are willing to let nothing stand in the way of seeing the image of God in the other even when — and especially when — they disagree with us.

This was John Adams’ message when he said, “Our Constitution was made only for a moral and religious people. It is wholly inadequate to the government of any other.” Adams was deeply religious, but with a broad and wide sense of what that meant. No law, no constitution can work without us bringing love to the table, a commitment to each other in freedom. As we see in today’s poisoned political environment, without love, our freedoms turn fragile. They are no longer unalienable in the eyes of the ones who hate, for the other’s freedom is a hateful threat. Read the language that is being used today in political talk and you know this is no exaggeration.

As E. M. Forster expressed in the words of one of his characters, “It all turns on affection now. Affection. Don’t you see?”

According to the order of the Deuteronomy text mentioned above, first comes love, then comes everything else. Love alone allows us to prioritize our political life in ways that we can accomplish the announced aim of our Constitution, to “secure the Blessings of Liberty to ourselves and our Posterity.”

If we use our freedom to choose love, the power to accomplish what love requires will follow as well.