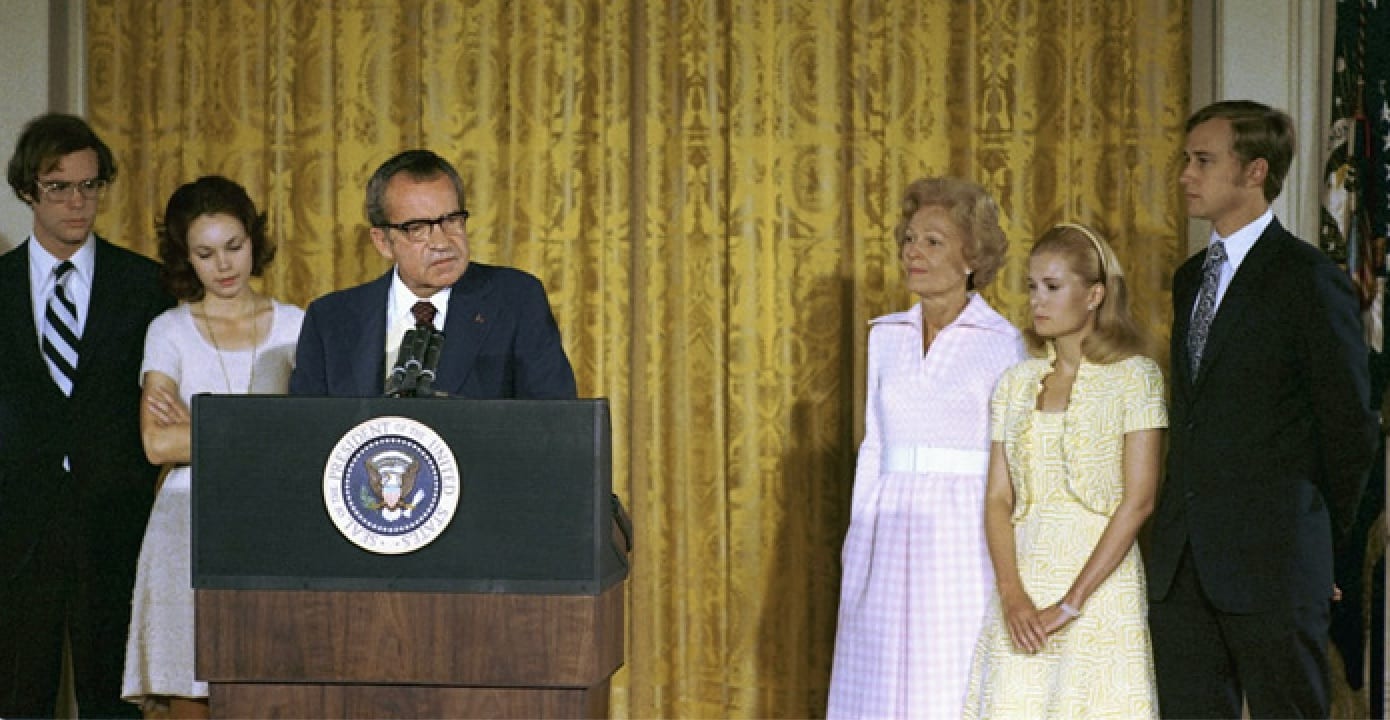 Special prosecutors are dangerous animals under any circumstances, but their handiwork uncovered this past week should shock everyone who believes in Equal Justice Under Law, the promise engraved in the West Pediment of the United States Supreme Court building in Washington, D.C. I grant you that it concerns a president who resigned in disgrace over four decades ago, but the same deliberate misrepresentations could be being made today.

I opposed the 2011 effort to unseal Richard Nixon’s 1975 grand jury testimony, taken some 11 months after he had resigned as president. I suspected it was a bald-faced attempt by Watergate’s special prosecutors, bitter about the pardon granted by President Ford, to trap Nixon into making false statements about his involvement in the scandal, thus enabling them to bring new charges of perjury, in spite of that previous pardon.

I also argued that, if his grand jury testimony was to be unsealed, then so also should be grand jury materials involving other Watergate matters — particularly the infamous “Road Map” that transmitted grand jury information under seal to the House Judiciary Committee (HJC). My effort failed and Nixon’s testimony was unsealed by judicial order on November 10, 2011. There were no bombshells. It proved to be a non-event and was quickly forgotten.

My separate effort to unseal the Road Map, however, lay dormant for seven long years, until October 18, 2018, when Chief Judge Beryl Howell ordered its unsealing. I was so confident that this also was a non-event and that I already knew everything worth knowing about Watergate that I didn’t get around to reviewing it until last week — and was astonished at what I found.

A little background is in order to appreciate the significance of what is revealed within the Road Map’s contents. Watergate Special Prosecution Force (WSPF) prosecutors learned, in January 1974, that the final “hush money” payment to Howard Hunt’s lawyer, William Bittman, had been made at 10 p.m. on Wednesday evening, March 21, 1973 — a mere 10 hours after John Dean had first informed President Nixon of Hunt’s blackmail demands. Prosecutors concluded, entirely on this circumstantial evidence, that Nixon himself must have ordered that payment — which would constitute an open-and-shut obstruction of justice and be clear grounds for Nixon’s impeachment.

In order to perfect their case against Nixon, three things had to have happened in that 10-hour time period:

Both Mitchell and LaRue agreed that they did have such a conversation and that Mitchell had concurred in the payment of $70,000 to cover Hunt’s outstanding legal bills. LaRue thought that he had been the one to place the call, but he was not certain. LaRue also had testified that, while Hunt had demanded $120,000 ($70,000 in legal bills and $50,000 in “expenses”), he had decided entirely by himself to ask Mitchell only for approval for paying the legal bills. Most importantly, neither Mitchell nor LaRue was absolutely sure just when or even on what day this particular conversation had occurred. LaRue recalled that their call had most likely occurred on the morning of either March 20 or 21 (neither of which would support prosecutors’ hypothesis about Nixon’s involvement). In addition, and to prosecutors’ great disappointment, no long-distance records could be found to confirm any afternoon call between their two offices on March 21.

By the time of the cover-up trial, LaRue had reached a plea bargain and become a government witness. He thus had no reason to lie — or to deviate from his prior recollections. To the prosecutors’ great disappointment, his story remained unchanged. He testified once again that — to the best of his recollection — his call to Mitchell had occurred in the morning of March 21.

Of course, any LaRue conversation with Mitchell had to have occurred in the afternoon, after Nixon had learned of Hunt’s demand, for it even to be possible that Nixon had instructed that the payment be made. An afternoon call alone might not be definitive proof, but it would lend great credence to prosecutors’ circumstantial hypothesis of Nixon’s personal involvement.

By the time of the cover-up trial, however, Nixon had resigned and no one on Nixon’s defense team was even aware of prosecutors’ previous allegations of Nixon’s involvement, so LaRue’s testimony on this point passed without notice — and there matters stood for some 45 years.

As now confirmed by the Road Map’s 2018 unsealing, however, when prosecutors were unable to secure LaRue’s concurrence about their desired time of that particular call, they simply lied about it.

Here is the link to the recently unsealed Road Map itself, which states on page 12:

7. On or about the early afternoon of March 21, 1973, John Mitchell had a telephone conversation with Fred LaRue during which Mitchell authorized LaRue to pay approximately $75,000 to E. Howard Hunt.

Note the straightforward assertion that their call occurred in the afternoon. The only source cited for this assertion is entry 7.1, a reference to LaRue’s grand jury testimony of February 13, 1974, which may be found here.

While LaRue does speak of an afternoon call to Hunt’s attorney, William Bittman, you will note that he never specifically testified that his Mitchell conversation had occurred in the afternoon. The timing of the call is a totally unsupported assertion — made in secret both to the grand jury and, through them, to the HJC.

Note also that these actions by the WSPF are not dramatically different from those made in equal secrecy to the FISA Court by the Obama Department of Justice.

Since the Watergate prosecutors’ allegations were made in secret — both to the grand jurors and to the HJC, those of us on Nixon’s defense team never knew about them and were never called upon to refute them. Similarly, had President Nixon himself known of such allegations of personal wrongdoing, it is highly unlikely that he ever would have resigned, since he would have known them to be untrue.

The bottom line, coming some 45 years too late, is that there was never any proof that Nixon had personally condoned the “hush money” payment to Howard Hunt’s lawyer.  And yet, these two critical events — naming Nixon a co-conspirator and the HJC recommending his impeachment — are based entirely on this secret assertion, made by a specially recruited, highly partisan Watergate Special Prosecution Force, whose top 17 lawyers had all worked together in the Kennedy/Johnson Department of Justice.

Nixon is not the gold standard for presidential corruption, as you’ve been told all along. He is the victim of judicial and prosecutorial wrongdoing on an epic scale.

Why does this matter today?  Because many of these same misrepresentations may be being made — again in secret — by another specially recruited, highly partisan prosecution staff, working hand-in-glove with a very determined and equally biased Chairman of the House Judiciary Committee.

Geoff Shepard came to D.C. as a White House Fellow after graduation from Harvard Law School. He worked on the White House Domestic Council for five years, including being deputy counsel on Nixon’s Watergate defense team. See his website at www.geoffshepard.com.