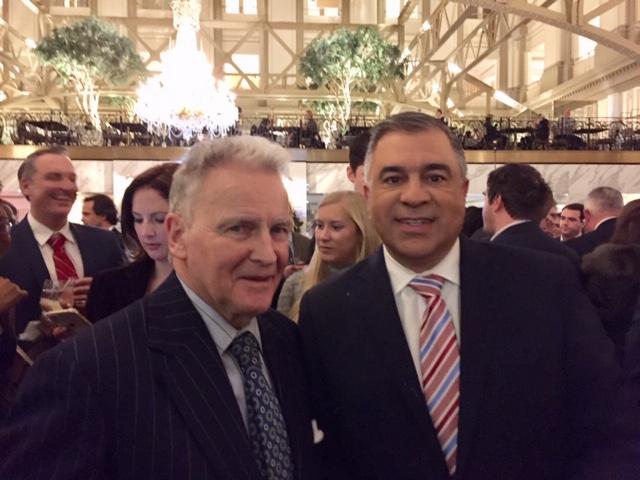 So too has every president had them. But there is something about Trump that has created a veritable hornet’s nest of foaming-at-the-mouth political enemies who are so obsessed with him that they have quite accurately been said to be diseased with “Trump Derangement Syndrome.”

In Trump’s Enemies: How the Deep State Is Undermining the Presidency, former Trump aides Corey Lewandowski and David Bossie pull the curtain back to reveal exactly who the President’s enemies are — and how they go about the business of sabotaging the President they despise.

The authors scored a major coup by snagging an interview with the old boss in September of 2018. And in typical Trump style, the President gave his unvarnished take of what has been going on in his presidency. Said the President to Corey and Dave:

“You guys know better than anybody. There was no collusion. You know that Bob Woodward’s book started about collusion? But he had one problem. Do you know what his problem was?”

Corey, who had managed the Trump campaign for a good chunk of the campaign season, answered instantly, saying:

“It didn’t exist. The same thing happened to him that happens to everybody else.”

Exactly. Since the recent publication of Trump’s Enemies, journalist Michael Isikoff — he who was among many positing the Trump-Russia collusion nonsense — sat down with Mediaite’s John Ziegler. The latter wrote that “it was quite clear that, against the grain of the rest of the media horde, Isikoff is now leaning, rather clearly, against the idea that Robert Mueller is likely to claim criminal ‘collusion’ between the Trump campaign and Russia.”

Well, of course. As Trump has been saying all along, as Corey and Dave Bossie well knew, the charge was a preposterous concoction from Trump’s enemies.

But why the charge in the first place? Because an embittered collection of Washington Swamp types could not abide the reality that a genuine political outsider had been quite deliberately elected by the American people to enact his America First agenda — and drain the Washington Swamp of its collection of Swamp dwellers who live to protect their own power and privilege.

After listing the President’s achievements thus far — from putting two conservatives on the Supreme Court to sending “the economy skyrocketing” with tax and regulatory cuts and better trade deals, to staring down North Korea’s Kim Jong Un and so much more — Corey and Dave note the harsh reality of Washington in the Trump era:

He managed to accomplish all of this in the face of a Washington Swamp that hums with self-interested bureaucrats, political operators, and cynical politicians, many of whom are working every day to stop the America First agenda.

Perfectly true. And most dangerously there is the unprecedented opposition from “the rogue members of the intelligence complex.” The authors write:

Led by former CIA Director John Brennan, the upper echelons of the IC (intelligence complex) and federal law enforcement have waged a full-on war against the president. The fiction of Russian collusion has been the culmination of their efforts.

What is in this book is, if unsurprising, still shocking. As someone who spent a good part of my career working in Washington — including in the Reagan White House — it is stunning to see just how far the elites of the Swamp would go, in effect, to try to pull off a banana republic-style coup d’état against a duly elected president of the United States.

Detail by detail, the authors take the time, using well sourced “deep background” information, to expose just what Trump’s enemies have been about. Every chapter of this book is a riveting account of exactly what has happened since Trump won on election night. From President Obama on down through the food chain of Washington and political elites, the “gospel” of Trump-Russia collusion was spread in the liberal media.

“This was nuts. How could all these people believe this junk?” the authors ask with a justifiable incredulity.

What should concern every American is the repeated use of the Justice Department to play games with the president — as of January 20, 2017, their boss. Here is to be found a detailed accounting of the games played by now-fired FBI Director James Comey and his agents, the now infamously fired Peter Strzok and mistress and FBI lawyer Lisa Page. The investigation into Trump was designated as “Crossfire Hurricane” — with Strzok at the head of it. Said the latter:

“Damn. This feels momentous. Because this matters. The other one (the Clinton email investigation that was unceremoniously dispatched by Comey himself) did, too, but that was to ensure that we didn’t F something up. This matters because this MATTERS. So super glad to be on this voyage with you.”

In other words, having exonerated Clinton — the candidate of the bureaucracy — Strzok and company were now on a mission to get Donald Trump. Because, don’t you know, “this MATTERS.”

The skullduggery surrounding the surveillance of the Trump campaign is impossibly corrupt. The use of the “dodgy dossier” that was conjured by the British ex-spy Christopher Steele to obtain a FISA warrant is now a well-told tale. But here the authors explain in detail just how corrupt this was. To cite but one illustration of how pervasive was the corruption here, there is the now-fired Strzok making edits to a warrant grudgingly being crafted in the Hillary email saga — “on his home computer, which is another breach of FBI protocol.”

Particularly disturbing is this piece of information:

So, by January 2017, there were people on the inside, as close as in the West Wing, who were looking to cripple the presidency. The only question was — and still is — who were they?

In every White House there are leaks. It is an unhappy but serious fact of life. But the leaks from White House insiders targeting their own president are of a particularly serious and disgraceful nature. Among them:

A partial transcript of a private phone call between the President and the Prime Minister of Australia is leaked to the Washington Post. The symbolism here is remarkable. Someone deliberately leaked a private call with a foreign leader, an appalling breach of both security and protocol. The leaks kept coming, too. Corey and Dave write that:

Just one month into his term, the press was already running stories wondering if the president would last a year. The West Wing was leaking so badly it should have been wearing an adult diaper. Those leaks went from the absurd (the president goes to the residence at 6:30 p.m. and changes into his bathrobe) to ones that risked national security, like what the president said to foreign leaders in the Oval Office.

Doubtless part of the problem was the arrival of what are described here as the “November 9th Club” — which is to say all those Establishment Republicans who had fought or scorned candidate Trump — until he won and they wanted a job. Names are named here, and it inevitably leads to the realization that it is these types that have been the leakers. Also discussed is the departure of Reince Priebus, the ex-chair of the Republican National Committee who briefly served as White House Chief of Staff, and the arrival of General John Kelly as his replacement. (Kelly, of course, is now departing as well.)

The point that Corey and Dave make is that it is a huge mistake to believe that any Trump Chief of Staff is somehow going to run the place. And it is a mistake for a simple reason. As they say, simply put:

What the media continuously fails to recognize is that Donald Trump is the boss.

Exactly. I confess of all the obvious points about Donald Trump that the media continuously gets wrong, it is this one I understand the least. It simply is not possible for Donald Trump to have spent a lifetime overcoming all the odds in business to build his massive, highly successful business enterprise — and then get elected President of the United States over multiples of serious competitors — and not understand that Trump himself is the only boss of himself. He has the vision, he calls the shots, he runs the plays.

To say the least, it is the very considerable success that Donald Trump has had doing this that has brought forth a parade of “Trump’s Enemies.” Filled with an obsessive rage, jealousy in some cases, and the laughable contempt of elites who have nothing to be elite about, those enemies have made it their business (sometimes literally a business) to at first stop a potential Trump presidency and then, once in the White House, to destroy it.

It is astonishing to reflect on the long list of accomplishments of the two-year old Trump presidency — and a detailed list ends the book. Doubtless there will be many more to come.

If anything is crystal clear from reading Trump’s Enemies, Corey Lewandowski and Dave Bossie understand this president completely. But even more to the point, by now they understand who — and why — he has so many enemies. A better roadmap to the carriers of Trump Derangement Syndrome cannot be had.