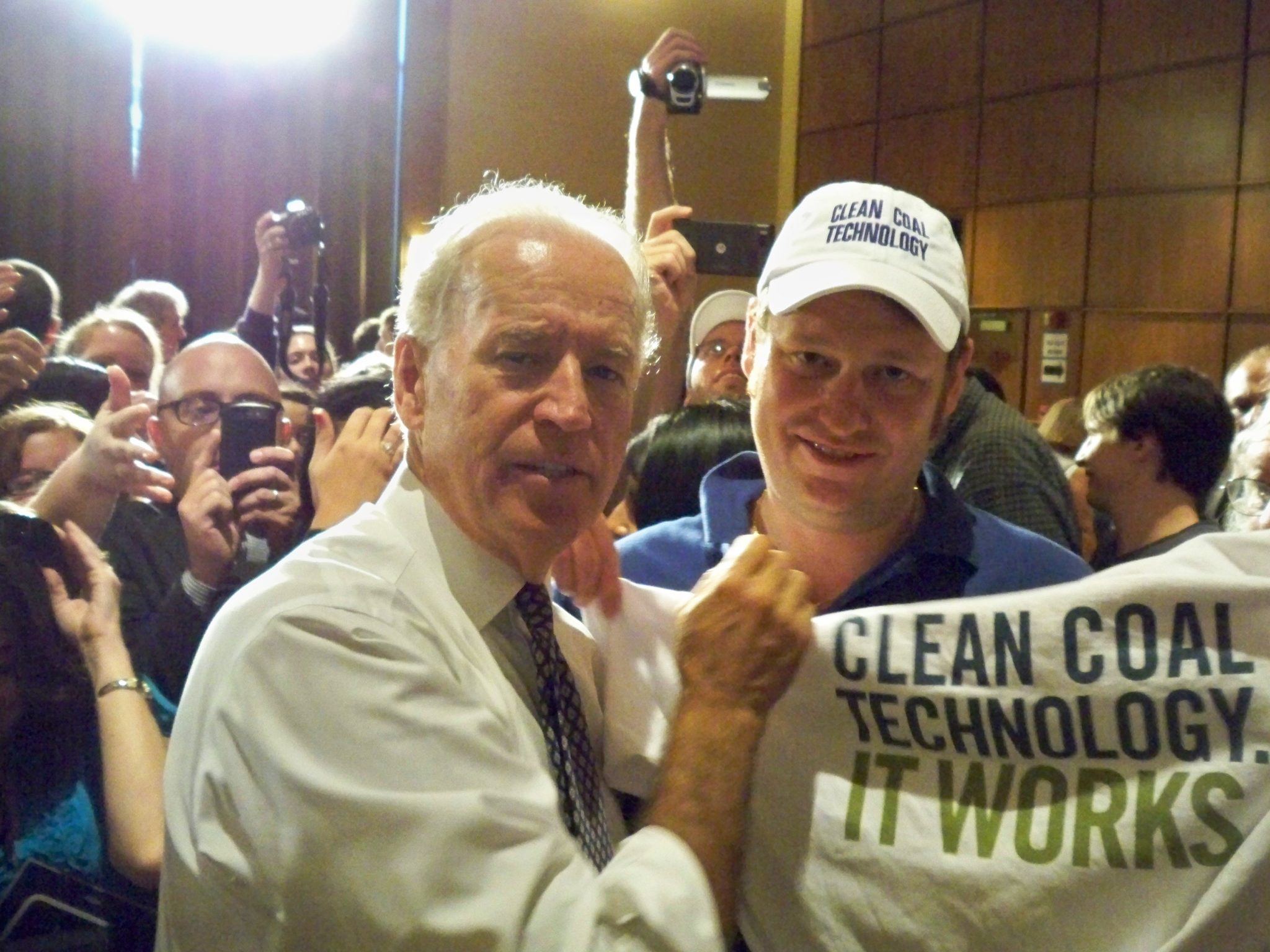 Joe Biden’s “ancestors who worked in the coal mines in Northeast Pennsylvania and would come up after 12 hours and play football for four hours” frown upon his plan for miners to transition to code from coal. So do Neil Kinnock’s, who expressed disapproval first.

“Anybody who can go down 300 to 3,000 feet in a mine can sure as hell learn to program as well,” Biden told an audience in Derry, New Hampshire, earlier this week. “Give me a break!” he responded to skepticism of his job retraining suggestion for miners. “Anybody who can throw coal into a furnace can learn how to program, for God’s sake!”

Biden’s coal mining forebears noted that their jobs actually entailed extracting material from the earth, not tossing it into a furnace. And Neil Kinnock’s people made this precise point before Biden’s did.

Biden, known as prone to gaffes, did not slip up in his let-them-eat-code remarks but expanded upon a consistent theme of his presidential campaign. When asked at December’s Democratic debate whether he would trade hundreds of thousands of blue-collar energy jobs for a greener economy, he responded: “The answer is yes.” Weeks earlier, the former vice president boasted, “No one is going to build another coal plant in America because of the work we did in our administration.”

The “work we did in our administration,” appealing to urban progressives at the expense of blue-collar workers, ironically both elected Donald Trump in 2016 and created a vulnerability for the incumbent in 2020 ready-made for a moderate with working-class sensibilities such as Biden to exploit. Rather, the former vice president further alienates the voters his party alienated in the Industrial Midwest and beyond four years ago that they need to win back to win back the White House. “Vote for Me and Lose Your Job” just does not strike as an appealing slogan.

The progenitors of “the first in his family to ever to go to a university,” who see the three-time presidential candidate alienate their kind by advocating for free healthcare for illegal immigrants, the release of all nonviolent criminal offenders, and the elimination of the coal industry, ring an alarm bell. The progenitors of “the first Kinnock in a thousand generations to be able to get to university,” who saw the twice-failed prime minister hopeful alienate their kind by advocating for unilateral nuclear disarmament, the cession of sovereignty to the European Union, and the abolition of the very House of Lords he later joined, rang that alarm bell first.

Biden did not initially command the Good Ship Democrat toward the falls. But, as a mere oarsman when Barack Obama and Hillary Clinton led the party, he paddled in that direction. Now he orders full speed ahead because his lack of imagination compels him to conserve that dangerous course set by his predecessors. Good ensigns don’t always make for good captains.

Hillary Clinton, a woman who had once insulted Tammy Wynette, four years ago set her sights on Loretta Lynn. “I’m the only candidate which has a policy about how to bring economic opportunity using clean renewable energy as the key into coal country,” she explained during the 2016 primaries. “Because we’re going to put a lot of coal miners and coal companies out of business, right?” Eight years earlier, Barack Obama told the San Francisco Chronicle, “So, if somebody wants to build a coal-powered plant, they can; it’s just that it will bankrupt them because they’re going to be charged a huge sum for all that greenhouse gas that’s being emitted.”