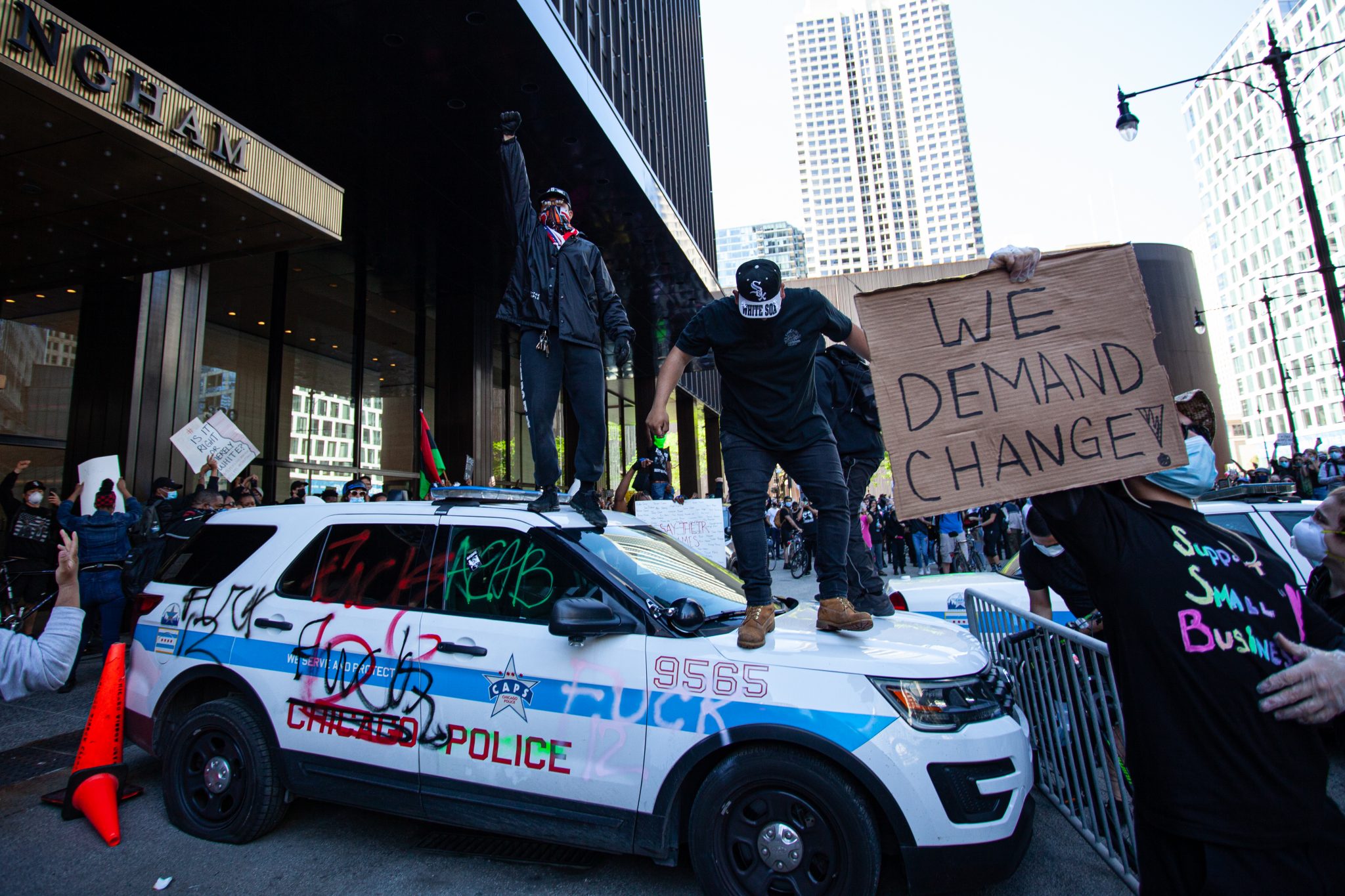 This is a season of distress. American observers cannot resist comparing it to the spring and summer of 1968 in Chicago and New York. Or you might want to recall the autumn of 1969 with its singular, legislatively attainable aim. But what ignited this May in Minneapolis is most redolent of the cultural war of May 1968 in Paris. Now, as then, left-leaning factions have broadened a protest movement to include sundry fanciful causes, as mostly middle-class students (or recent graduates) man the van and the working class lags in the flanks. In the irregular French election of June 1968, conservatism prevailed despite the public’s exhaustion with Charles de Gaulle, who had even briefly fled the country in May. His sally “La réforme oui, la chie-en-lit non” (“Yes to reform, no to the carnival,” to put it politely) captured the general attitude. Gaullists won by framing the choice as either public order or capitulation to pompous totalitarians — notwithstanding that French left parties were ossified and fragmented.

In the United States today, the incumbent need not manufacture such a binary; his opposition insists it’s already in place. While the soixante-huitards, or Sixty-eighters, of the old New Left were anti-authoritarian and politically heterodox, their American successors are mainstream partisans eager to brandish systemic power. Since June, an establishment party, several public institutions, and nearly all major corporations have joined an absurd parade (coming soon to a street near you) that tests the moderate citizen’s appetite for tragicomedy. Effigy-burning, contradiction, casualties: the final float probably carries a new septuagenarian carnival king. If prolonged, however, the spectacle might revitalize Trumpism despite Trump, and perhaps even without him.

The internationalist Sixty-eighters sought to transcend the duality in which their Cold War world was bisected: the Janus of fascism and communism. Their milieu is roughly circumscribed by a coup in April 1967 in a member of the Western bloc, and an invasion of Czechoslovakia in August 1968 by several members of the Eastern. Meanwhile, the war in Vietnam wore on with a Democrat in the White House. They marched with trade unions and eschewed Lenin for the likes of Rosa Luxemburg and her immovable commitment to free expression. (Slightly preceding them was the New Leftist Free Speech Movement of 1964, born at Berkeley.) But Sixty-eighters failed to articulate a political alternative. They weren’t party to the June election; theatrically gainsaying the status quo was taxing and intoxicating enough. Still the mayhem and violence, by tenuous association, crippled de Gaulle’s establishment rivals. He won, remained unpopular, and was quickly succeeded by his confrère, Georges Pompidou.

Postmodern American leftists stand comfortably on, and are nervously welcomed by, one side of the political rift. Their recent interest in limiting state power is an anti-authoritarian one Liberals and classical liberals, in principle, share. But the din of demands is louder than police “reform,” whatever that anodyne term may imply. The Movement for Black Lives, a network that includes organizers of Black Lives Matter protests, seeks to end “racial capitalism.” In Seattle, the local government is reminding white public servants that individualism and objectivity are instruments of racial oppression. “There is no apolitical classroom,” declares the National Council of Teachers of English, which rings like a disturbing variation of the narcissistic, ’70s slogan “The personal is political.” New Leftists might have abandoned their Gramscian war of position — working within institutions — had they known their successors will transform lodestars like the American Civil Liberties Union and the New York Times into reactionary arbiters of language. What’s left of the Left are infinitely parochial identities, the imperishable temptation of violence, and reflexive contrarianism — what the opponent desires proves it to be undesirable, or desired for the wrong reasons. De Gaulle couldn’t have contrived more favorable circumstances.

Of course, Donald is no de Gaulle. Media coverage of federal officers in sundered Portland has enfeebled his law-and-order platform. (The general had only briefly considered dispatching the military.) Left troupes uneasily squeezed behind an obliging, conventional presidential candidate might afford Biden the needful edge. But it also enables one to ascribe to the Democrats — far more credibly than de Gaulle did to the French communists — public disorder and gauche, bourgeois histrionics. Biden chose a tough-on-crime running mate transparently because this reputation is uncharacteristic of his party. In this Manichean frame, the Right is left alone representing orderliness, free speech, and even rational thought, which postmodernity has farcically repudiated.

This might be a season of dismay. While a fevered party maneuvers for tripartite power, there remains substantial ground for contest in the U.S. House of Representatives. Unlikely to grasp a majority in an election year, Republicans are nonetheless competitive in as many, if not slightly more, races than their counterparts. The temperate and tribeless seem to have had enough of No. 45. And yet, funfair-fatigued, see if they won’t turn to local conservatives at the Capitol, or perhaps the city hall, who can restyle salvageable Trumpian elements even if Trump loses. As the progressive Left fancies itself on the right side of history and ahead of its inexorable parade, dragging costumed statesmen along, the rest of us should soberly observe, as did Pompidou, “The most dangerous thing about student riots is that adults take them seriously.”

Vahaken Mouradian is a Cypriot-Armenian essayist based in Washington, D.C. He holds a Bachelor’s degree in Politics, Philosophy, and Economics and a Master’s degree in International Security.