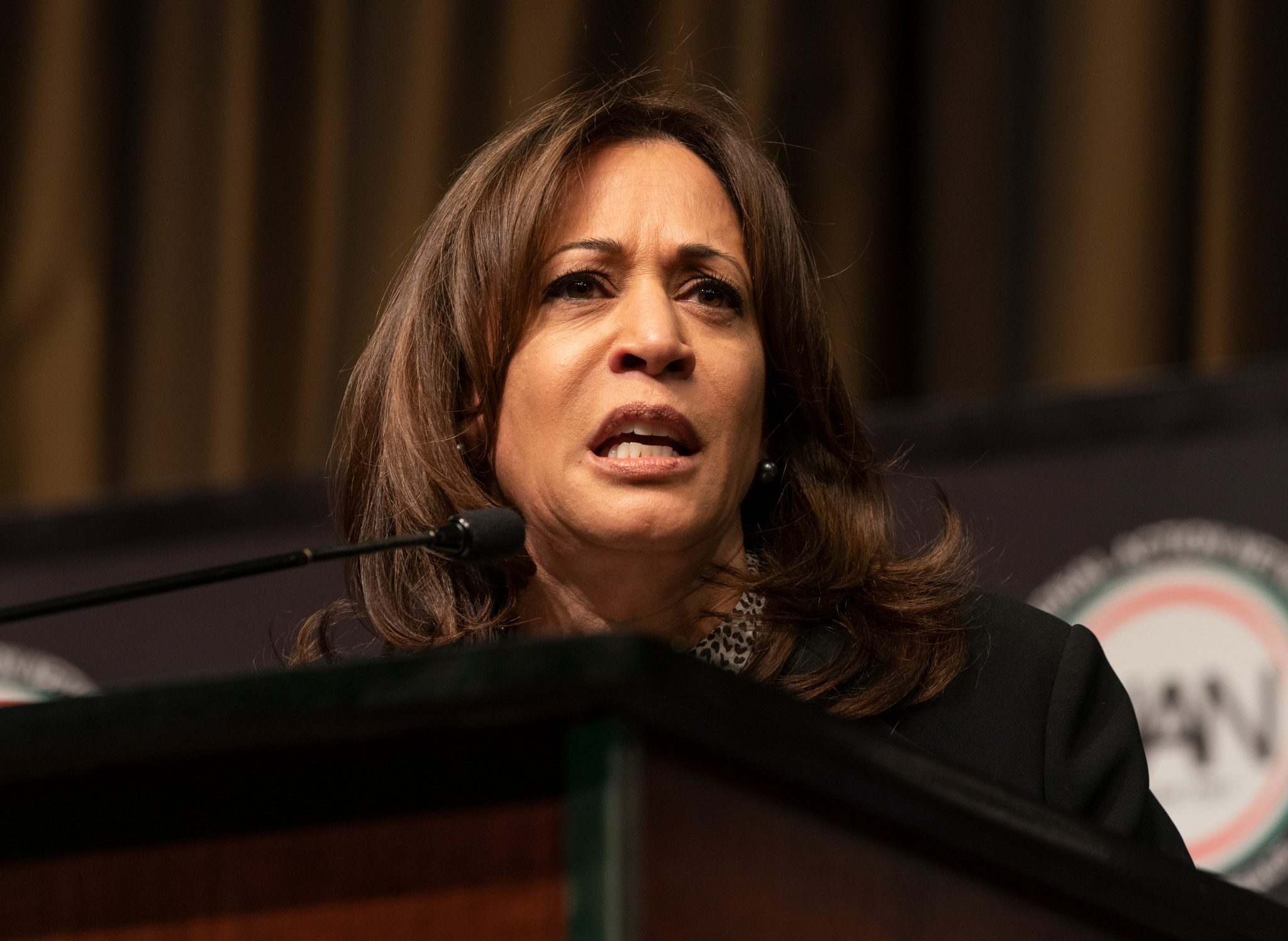 Politico just published a long feature explaining the 55 things we all need to know about U.S. Sen. Kamala Harris, the “trailblazing prosecutor-turned-politician” who now “sits on the cusp of history.” I’ve been writing about Harris since the state’s voters promoted her from San Francisco district attorney to state attorney general, and will boil down everything you should know in only two points.

First, as a top prosecutor she strongly opposed the kind of criminal justice reforms that Democrats now support. Few issues have galvanized the country in recent months more than the issue of police abuse — a welcome development that finally is spotlighting the role of police unions, in particular, in protecting violent and even corrupt officers.

Although many of the protests have careened far from the original focus — i.e., the horrific police-custody death of George Floyd in Minneapolis — the underlying issue warrants heightened public scrutiny. As attorney general, however, Harris was no advocate of police reform. Instead, she was the cat’s paw for the police unions.

“Time after time, when progressives urged her to embrace criminal justice reforms as a district attorney and then the state’s attorney general, Harris opposed them or stayed silent,” wrote Lara Bazelon, a law professor who once directed the Loyola Law School’s Project for the Innocent in Los Angeles, in the New York Times. “Most troubling, Harris fought tooth and nail to uphold wrongful convictions that had been secured through official misconduct that included evidence tampering, false testimony and the suppression of crucial information by prosecutors.”

My theory always had been that Harris, who had been criticized as San Francisco district attorney for her opposition to the death penalty in a high-profile murder case, embraced the same approach as Democrat Gray Davis when he was running against a law-and-order Republican in the governor’s race. Davis wouldn’t let himself get outflanked on the right on the crime issue and even backed the execution of 14-year-olds during a debate.

Likewise, Harris went all in on tough-on-crime policies to inoculate herself from allegations that she was soft on crime. A new Facebook meme shows the Kamala Harris edition of the board game Monopoly, in which every spot on the board says “Go to jail.” That seems less like an exaggeration after watching the video of a Harris speech, where she joked about sending truant kids’ parents to jail.

The laudatory Politico article mentions that “she vocally supported a controversial 2010 law that made truancy a misdemeanor and punished parents who failed to send their children to school,” but that sugarcoats Harris’s demeanor in that video and her general lack of interest in justice reform despite her clever reinvention as a “progressive prosecutor.”

Second, Harris used her power as attorney general to advance partisan interests rather than promote fairness — something that AGs are, at some level, supposed to do. In California, a significant share of our lawmaking takes place at the ballot box, thanks to a progressive-era slate of reforms that allow the public to vote on initiatives, referenda, and recall elections. Most voters, of course, don’t read the entire, lengthy fine print in the ballot measures. But voters do read the ballot titles and short summaries, which are the purview of the attorney general.

“We expect judges, no matter their political stripes, to apply the law as written,” I opined in a 2012 Orange County Register column. “We expect election officials to battle election fraud no matter their personal preference for the outcome. Likewise, we expect state attorney generals, who are the head of California’s ‘Justice’ Department, after all, to provide fair title and summaries of all initiatives submitted to that office — even ones the AG personally doesn’t like.”

Well, Harris apparently didn’t like the pension-reform initiatives that were submitted to her office and opposed by her union allies. In the title, she claimed that one measure “reduces pensions for public employees,” which is inaccurate and a transparent attempt to strangle the pension-reform baby in its crib. She also claimed incorrectly in the official summary that the measure would lead to cuts for teachers, nurses, and police officers and would strip death benefits from future employees.

The liberal Modesto Bee editorial page opined that Harris’s language “read like talking points taken straight from a public employee union boss’ campaign handbook.” When Harris had her hands on the levers of government power, she didn’t use them to promote fairness or justice. She’s not the only AG to have derailed ballot initiatives through tilted ballot explanations, of course, but her efforts seemed particularly egregious.

There are plenty of other examples of her less-than-balanced approach to justice, but these two problems should provide a sufficient reason to worry.

Steven Greenhut is Western region director of the R Street Institute. Write to him at sgreenhut@rstreet.org. His political views are his own.