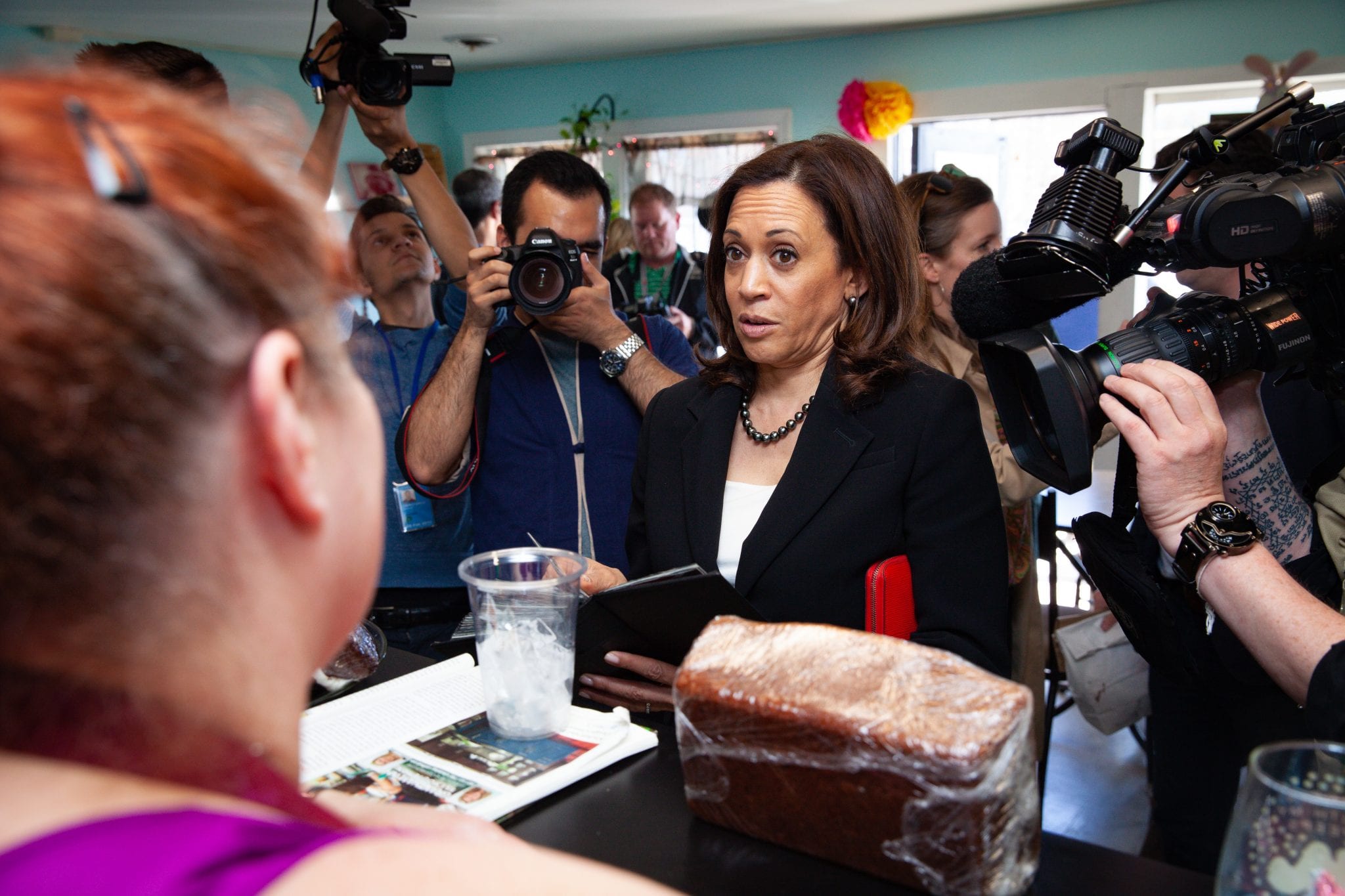 That former California Attorney General Kamala Harris is surging in the Democratic presidential polls tells us one not very surprising thing: Democrats are situational when it comes to concerns about “authoritarianism.” A few progressive writers have pointed it out, but most Democrats couldn’t care less that Harris’ record as the state’s top cop, and as the San Francisco district attorney, is characterized by heavy-handed and unjust uses of police power.

There’s no way to remove politics from the political system, but our system of government depends, at some level, on the fair administration of the justice system. That’s especially true given the outsized power of police and prosecutors. Often, the process is the punishment. If a district attorney or attorney general targets you for political reasons, you might eventually get your day in court and win — but not until your life has been destroyed in the process.

One of the dirty open secrets about California politics is that the state’s muscular police unions, despite their preening about law and order, have long been closely allied with the Democratic Party. Some of those unions were reticent about backing Harris when she first ran for the statewide post, but they eventually endorsed her campaign. That’s not a surprise. Republicans have little power here — and Democrats are most zealous about boosting public-sector pay and pensions, which are main issues that motivate these organizations.

Until the last couple of years, the majority Democrats have done little about police use of force and civil liberties concerns. They’ve built a massive governmental apparatus, and someone needs to enforce all the new rules and regulations, after all. (Republicans haven’t been any better, but, again, they lack any tangible power.) It’s reminiscent of that old quotation from Orson Welles’ 1957 movie A Touch of Evil: “A policeman’s job is only easy in a police state.” Harris is among those who have been trying to make that job as easy as possible.

University of San Francisco School of Law Professor Lara Bazelon wrote, in an eye-opening New York Times column, that Harris “fought tooth and nail to uphold wrongful convictions that had been secured through official misconduct that included evidence tampering, false testimony and the suppression of crucial information by prosecutors.” Harris’ office even opposed the release of a man who was found by the Innocence Project to be not guilty.

As Bazelon added in an interview with the progressive publication Truthout, “many convictions became tainted” at the state DNA lab, “[a]nd it turned out that her office had known for months … and had not disclosed that information to the defense. And when a judge found out, she became quite incensed. … Harris’s reaction to that was to try to get the judge disqualified by saying that she had a conflict of interest because her husband was a defense lawyer.” Some “progressive prosecutor,” right?

Bazelon chapter-and-verses Harris’ approach to justice, which stands at odds with the candidate’s current claims. In fact, the public record is full of evidence that Harris resisted the kind of criminal justice reforms that now are widely embraced by liberals and conservatives alike.

As the liberal Vox reported, she “overlooked and defended law enforcement officials accused of misconduct. … Harris also resisted some attempts to hold police accountable for shootings, including a bill that would have required the attorney general’s office to investigate killings by police and efforts to create statewide standards for police-worn body cameras. She also defied calls to have her office quickly investigate certain police shootings in California.” Her office ultimately did nothing about a serious Orange County scandal involving the misuse of jailhouse snitches — something that led to new trials in murder cases.

Harris once joked publicly about the way her office enforced a law that would imprison the parents of truant children. That was one of her policy achievements: a war on truancy. Her office also strictly administered a statewide gun-grabbing program known as the Armed Prohibited Persons System, whereby Department of Justice officers confiscate weapons from people who no longer are allowed to own them (after, say, receiving a restraining order). The database, however, is woefully inaccurate and could ultimately be used to confiscate legally bought weapons that might later be outlawed. (Sadly, the GOP still backs that program.)

Her use of the AG’s office to boost Planned Parenthood’s agenda by targeting journalists who published undercover videos of conversations about body parts might resonate with progressives. So, too, will her efforts to force a conservative foundation to turn over its donor lists to the state. These were remarkably authoritarian policies, albeit the kind that get a pass from the Left. But it’s amazing that Harris can glide through the primaries by rewriting her record on criminal justice.

Harris’ successor in the attorney general’s office, former U.S. Rep. Xavier Becerra, is continuing her disturbing legacy. As Chris Reed wrote in Fox & Hounds, Becerra has “emerged this year as a persistent, unexpected obstacle” to a bill that requires agencies to release information about police misconduct cases. Becerra also has threatened to prosecute reporters who legally obtained, from an agency within his own office, public information about police, former police, and police applicants convicted of crimes.

I don’t find this “unexpected,” given the path that Becerra’s predecessor took and the history of Democratic politics in California. Harris has had ambitions for higher office, and her approach inoculated her to any “soft on crime” attack. Then the ground shifted. She’s been on the “wrong side of history” on justice matters, as Bazelon noted. It probably won’t matter, though, because Democratic voters don’t seem to care about those issues all that much.