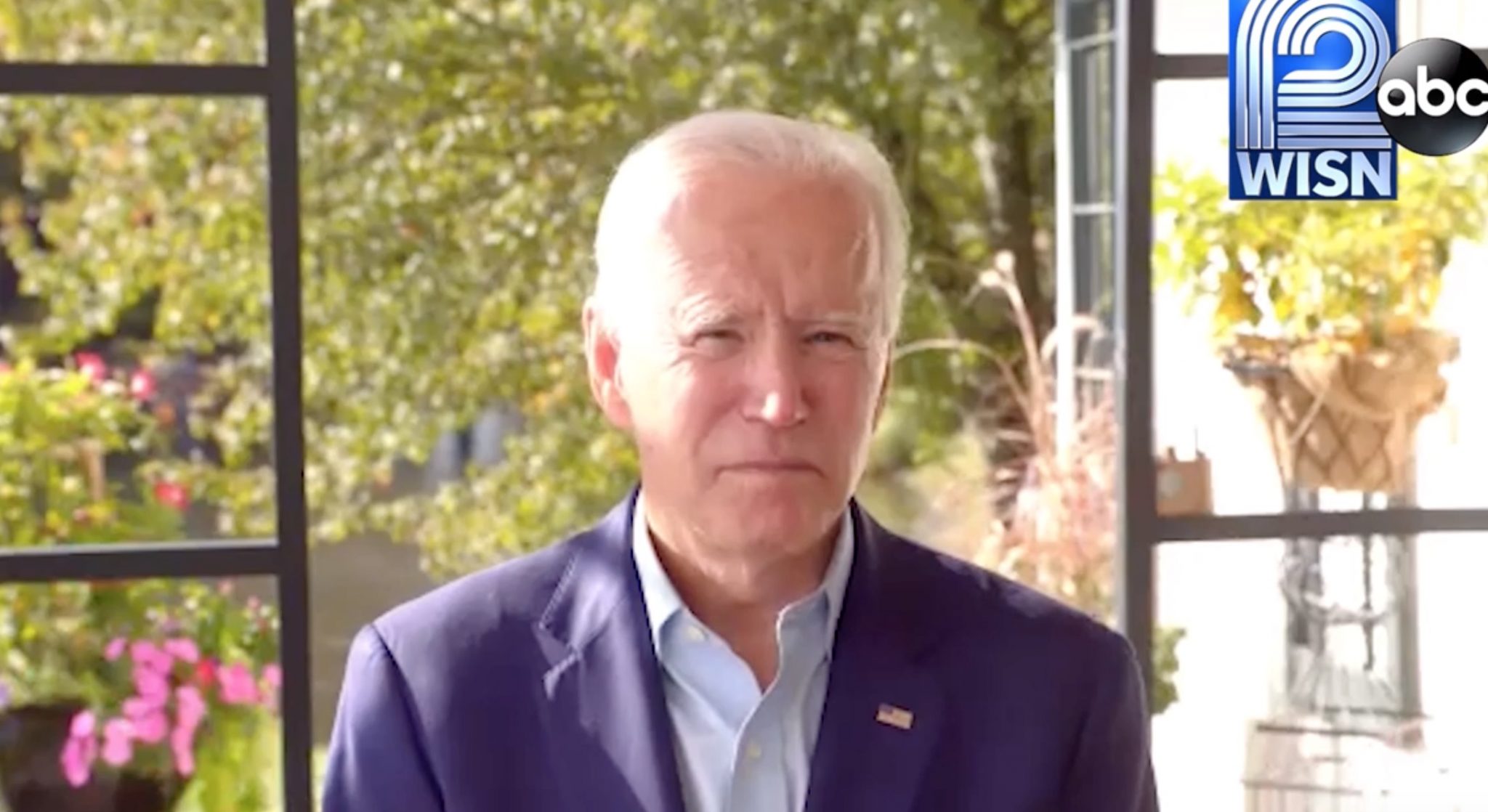 It could not be plainer.

Joe Biden has been getting kickbacks from China. Fox News has the story. The headline:

The story says this:

Tony Bobulinski, who was listed as the recipient of an email published by the New York Post that appeared to detail a business arrangement involving a Chinese company and members of the Biden family, has confirmed that the email is “genuine” and provided more information regarding the Bidens’ role in the deal.

The email includes a note that “Hunter has some office expectations he will elaborate.” A proposed equity split references “20” for “H” and “10 held by H for the big guy?” with no further details.

“The reference to ‘the Big Guy’ in the much publicized May 13, 2017 email is in fact a reference to Joe Biden,” Bobulinski said in a statement to Fox News.…

Bobulinski went on to say he does not believe Joe Biden’s past claim that he and Hunter did not discuss his son Hunter’s business, claiming that Hunter “frequently referenced asking him for his sign-off or advice on various potential deals.” …

“The Biden family aggressively leveraged the Biden family name to make millions of dollars from foreign entities even though some were from communist controlled China,” he added.

In other words? In other words Joe Biden was on the take with China. To the tune of millions. And as that infamous vice-presidential trip to China literally illustrated, Hunter was along on the visit for a reason — a serious financial reason.

Why did the FBI sit on Hunter’s laptop for over a year and allow the Democrats to impeach for being 100% right about Joe Biden and his families corruption?

Why is no one in the media asking this question?

The witch hunt to impeach President Trump over a phone call to the president of Ukraine — a phone call in which it was abundantly clear the president suspected something was amiss in Bidenland — deliberately ignored the real witch. That would be Joe Biden, who, in the words of Hunter’s one-time partner, “aggressively leveraged the Biden family name to make millions of dollars from foreign entities even though some were from communist controlled China.”

If anything cried out for the appointment of a special prosecutor, Joe Biden’s corrupt dealings with China would be exactly it.

But the media is silent. Can you imagine the media uproar if you substituted the name “Donald Trump Jr.” for “Hunter Biden”? Of course you can. You couldn’t turn on CNN or MSNBC or a broadcast network, much less pick up the New York Times or the Washington Post, without seeing and hearing an all-consuming drive to investigate the hell out of the family Trump.

Attorney General Barr should appoint a special prosecutor to investigate all of this. And if “Kickback China Joe Biden” “wins” this election — and shuts the prosecutor down by firing him or her in the style of Richard Nixon?

Then there should be the all-too-appropriate firestorm.

And an instant move to impeach him.