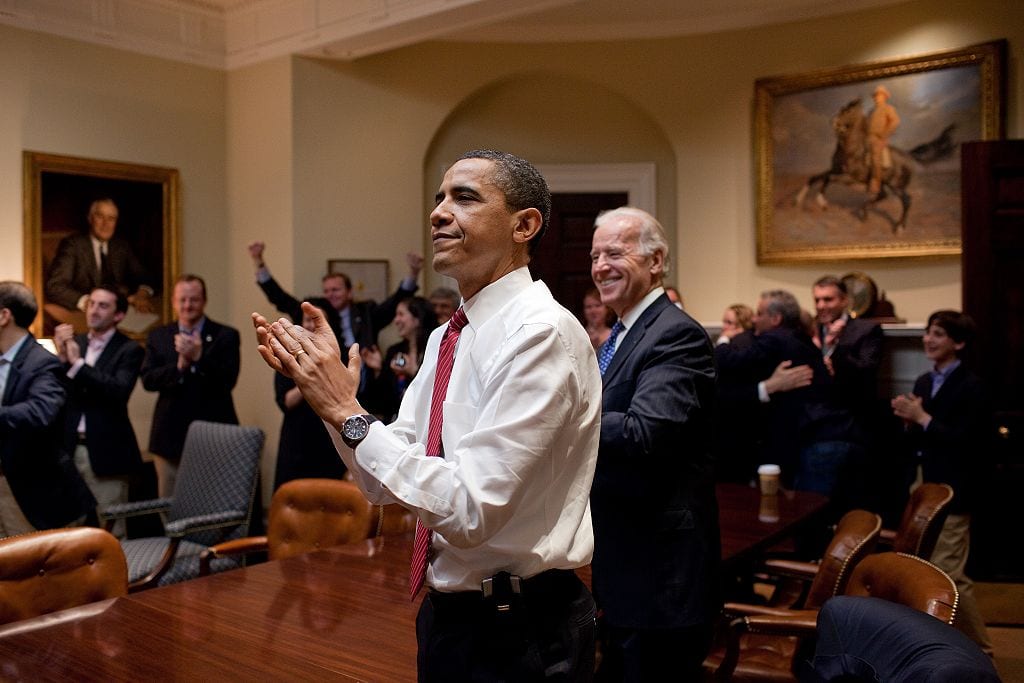 Watching the Democratic Presidential candidates debate the best way to fix health care, it’s difficult to escape the impression that they suffer from collective amnesia. Their party had its shot at reforming the system a decade ago and blew it by passing a slapdash “reform” program that clashed so violently with the laws of economics that it became a symbol of big government overreach, bureaucratic ineptitude, and broken campaign promises. Ten years on, two of the top contenders for the Democratic presidential nomination have tacitly admitted this by pledging to replace it with some version of single-payer. The leading candidate in that contest, however, wants to retread Obamacare.

Former Vice President Joe Biden describes this plan as “moderate” because it doesn’t call for the immediate introduction of “Medicare for All,” as does Senator Bernie Sanders, or the two-phase transition to single payer favored by Senator Elizabeth Warren. Yet his plan to “build on the progress” of the “Affordable Care Act” includes a variety of false claims about its achievements. In a recent opinion piece in the Concord Monitor, one of New Hampshire’s most influential newspapers, Biden wrote: “Obamacare protected more than 100 million people with preexisting conditions.” This is a wild exaggeration according to a report issued by the Democrats themselves after PPACA was signed into law:

During the period discussed, an average of 217,000 individuals were denied coverage annually, while an average of 70,933 claims per year were denied. No honest extrapolation of these figures across the insurance industry will get you to 100 million. But where Biden really insults our intelligence is his claim that Obamacare will save us money with a combination of new subsidies and price controls. If this doesn’t set off your BS detector, consider the last time we were told the “Affordable Care Act” would to save us money. Precisely the reverse occurred. During the first three years the law was in effect, insurance premiums doubled across the entire health insurance market, including employer-based plans.

Yet Biden would have us believe Obamacare was an unqualified success, and he’s not content to merely perpetuate it. He wants to expand it to include an exceptionally bad idea that even the Democrats rejected during the 2009 health care reform debate — the public option. This is how he describes it in his column for the Concord Monitor: “We cannot rest until every American can access quality, affordable care.… That’s why my plan starts by giving Americans a choice to either stick with their private plan or get covered by a Medicare-like public option.” Biden claims this will keep insurers honest by forcing them to compete for the first time. This is nonsense, as the editors of the Wall Street Journal explain:

Despite Biden’s claim that he objects to the elimination of private insurance, a stated goal of “Medicare for All,” the addition of a public option to Obamacare would inevitably drive private insurers out of the health care market. Biden, however, claims it would merely offer more choice for consumers and wouldn’t force a change on folks who are happy with their insurance. He has even taken to repeating the most infamous whopper told by his former boss about Obamacare. In late October Biden actually pledged, “Under my plan, if you negotiated an agreement for health care with your employer, union, or otherwise, and you like it because you’ve given up wages to get it, you can keep it.”

That whopper is no truer today than it was in 2013, when it earned erstwhile President Obama the “Lie of Year Award” from PolitiFact. When the public option obliterates private health insurance, it won’t matter whether you like your current coverage or not. Unlike the federal government, an insurer can’t operate at a loss and remain viable. Faced with that situation, they will simply exit the health coverage market and invest their resources in a line of business that promises a decent return on investment. Eventually, this will also drive up the cost of providing care. Sally Pipes, the Thomas W. Smith fellow in healthcare policy at the Pacific Research Institute, puts it as follows:

If a public option’s artificially low premiums entice the privately insured away, then [health care] providers will have to raise rates for those remaining on private insurance. That would drive yet more privately insured to the public option. The cycle would continue until there were no private insurers left.… Joe Biden wants voters to believe his health proposal offers choice. It doesn’t.

Former Vice President Biden’s health plan isn’t a moderate proposal. It’s just as radical as anything proposed by Bernie Sanders or Elizabeth Warren — only less honest. As Seema Verma, the administrator of the Centers for Medicare & Medicaid Services, wrote last July in the Washington Post, “Whether conceived as an expansion of Medicare or the creation of a government health care option, the public option is a Trojan horse with single-payer hiding inside.” “Good Ole Joe” knows that, of course. Even if he can’t always figure out exactly which state he’s in, he’s still sentient enough to know a retread of Obamacare will sell better than single payer, even if the end result will be identical.