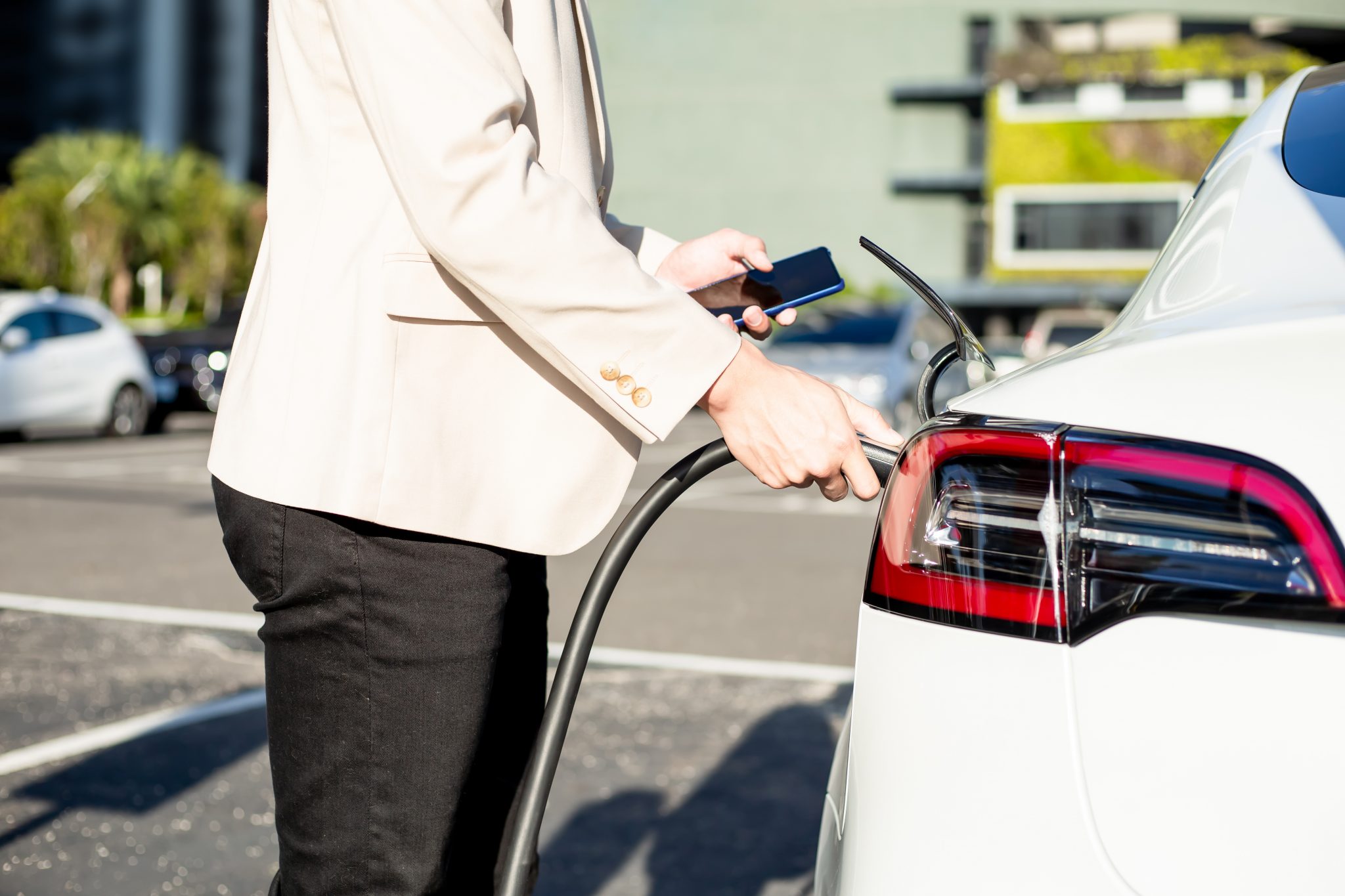 Huey Long promised a chicken in every pot — to be paid for by “the rich,” whose incomes would be confiscated to pay for it.

Joe Biden, channeling AOC through his eyes-wide-vacant and piano-key smile — wants an electric car in every garage.

And everyone’s going to pay for it.

It’s all part of the Green New Deal that Joe Biden swears he isn’t for. To be fair, he may not remember he’s previously said he’s for it, though he styled it — on his website, before it got scrubbed — “a crucial framework for meeting the climate challenges we face.”

Regardless, it’s more of an offer you can’t refuse, as a “deal” generally involves consenting parties.

This one will be dealt to the parties who will pay for it — by those who have the muscle to make them pay for what they already can’t afford.

Today’s income redistributionists have put the collectivist transmission in reverse. Rather than shake down the rich to pay for the working stiff ’s supper, the working stiff will be mugged to help put an electric car in every rich person’s garage.

And thus, a place to charge up an electric car — which makes owning one problematic, leaving aside the cost of the thing itself, about which more shortly. 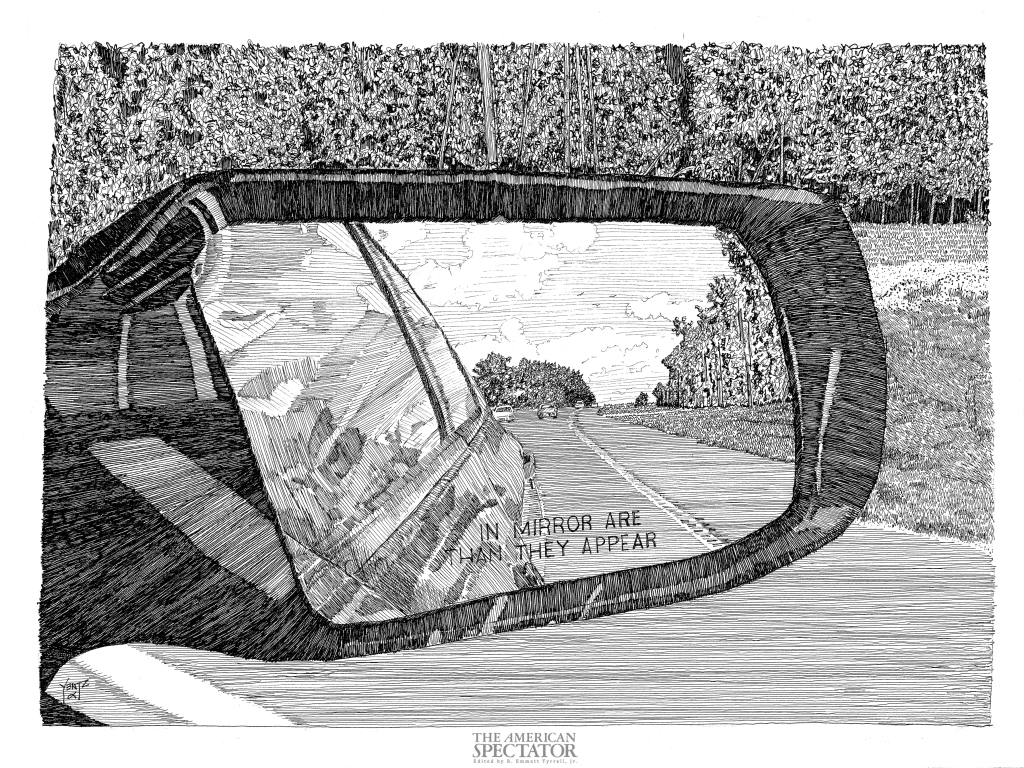 It’s hard to run an extension cord from an apartment window to the street down below.

And if you do have a garage, you’ll need to “invest” — as Joe puts it — in a “fast” charger, if you want to get moving again without waiting overnight. Plus the electrician, to wire it.

Joe says the electric car will save “billions of gallons of oil,” which may be true. It doesn’t mean people won’t be paying more for energy.

Electricity will inevitably cost more as artificially induced demand for it increases, putting a strain on the already strained existing infrastructure. More demand than is necessary, interestingly — because the typical electric car touts performance — Elon Musk styles it “ludicrous speed” — which it must because it cannot tout efficiency or economy. Neither being feasible given the state of electric car technology — as opposed to what has been promised is just around the corner … for the past thirty years.

So, one thousand pounds of batteries per car, running four to eight hundred volts. Which is why “ludicrous speed” costs $40,000 — to start.

But with EVs, someone else gets the bill.

Including the environment Joe says he cares so very much about. Achieving “ludicrous” speed requires ludicrous quantities of environmentally unpleasant things like cobalt, a key component of electric car batteries. Cobalt is uncommon — and mined (often by hand and often by the hands of children) in places like the not-so-Democratic Republic of the Congo, at much cost to the local environment.

An EV devoted to efficient basic transportation would not need all that cobalt — or lithium or graphite — the equivalent, in electric car terms, of a Dodge Challenger Hellcat’s 6.2-liter supercharged V8 engine.

And just as gratuitously wasteful.

But then, such extravagance is necessary — to attract the Green Elite, who aren’t any more interested in basic transportation, electric or otherwise, than they are in giving up their private jets and six-thousand-square-foot homes.

But they are interested in making it harder for the Average Joe to have such things — and seem to enjoy making him feel guilty about wanting such things while they enjoy such things.

Have a look at Joe’s home, for instance. All 6,850 square feet of it. That’s a carbon footprint large enough to encompass three Average Joe-sized homes. It uses three times the electricity, too.

A bigger-than-it-needs-to-be battery pack also needs more-than-is-necessary electricity, which results in more-than-necessary emissions, just not at the tailpipe.

This apparently doesn’t affect the environment.

Joe has been evasive about where the electricity needed to power the Green New Deal will be summoned from, if not from natural gas, coal, and oil–fired utility plants, which power the bulk of the country’s several major power grids.

Solar and wind infrastructure sufficient to replace even a fourth of current natural gas, coal, and/or oil–fired electricity generation simply doesn’t exist, and it won’t unless massive sums of other people’s money are mulcted to pay for it all.

Perhaps a more pertinent question is one begged by the Green New Dealers but never asked — much less answered: If the “climate” is in such peril due to carbon dioxide “emissions,” then — channeling Greta Thunberg — how dare they tout and subsidize and force-feed conspicuously consumptive electric cars that generate more-than-necessary CO2, whether at the smokestack or the tailpipe?

Never mind; it all sounds good.

If you don’t think about it too much.

People might want to think about the cost of all that electricity, though. Which they’ll be paying for even if they don’t actually own an electric car, as utilities will inevitably be charging everyone more — to pay for the increased generating capacity that will be necessary to power all of that wonderful ludicrousness.

We’ll also pay in time — its loss — while we wait for all that not-so-fast-charging at the five hundred thousand outlets Joe wants us to pay for.

At the moment, EVs are optional. You don’t have to spend $31,600 to own the least expensive electric car on the market, Nissan’s Leaf. But under the Green New Deal, that option will be made standard.

The Green New Deal intends to mandate non-electric cars out of existence, by “zero emissions” vehicle production quotas already in force in states like California and via federal fuel economy mandates that are in force nationally and that can only be complied with by not using liquid fuel at all — since the only emissions that count, apparently, are the ones that come out of the tailpipe.

This is why every major car company is either producing or has pledged to produce electric cars. The market hasn’t asked for it, but the government has mandated it.

Joe wants to mandate the market part by making it very hard — if not impossible — for people to buy anything else.

He has promised, per the “deal,” to “phase out” gasoline — probably via exorbitant motor fuels taxes. He may try to impose punitive taxes on non-electric cars, as in China — where you can still drive a non-EV … provided you pay the government roughly $14,000 for the privilege.

The answer — which Joe won’t tell you about — is that all cars are to be made unaffordable. Walking — and hive-living— is a core tenet of the Green New Deal.

For the Average Joe, that is.

At least we’ll get our exercise, like the average Chinese person did circa 1970. On two legs — or two wheels … powered by two legs. Or in “mass transit” that will put us on Joe’s schedule instead of ours.

The Green Nomenklatura will no more be deprived of its wheels — or its freedom to travel — than Leonid Brezhnev was deprived of his two-ton ZiL limousine or Kim Jong Un his Lincoln Continental.

That’s the deal Joe’s got in store … for us.