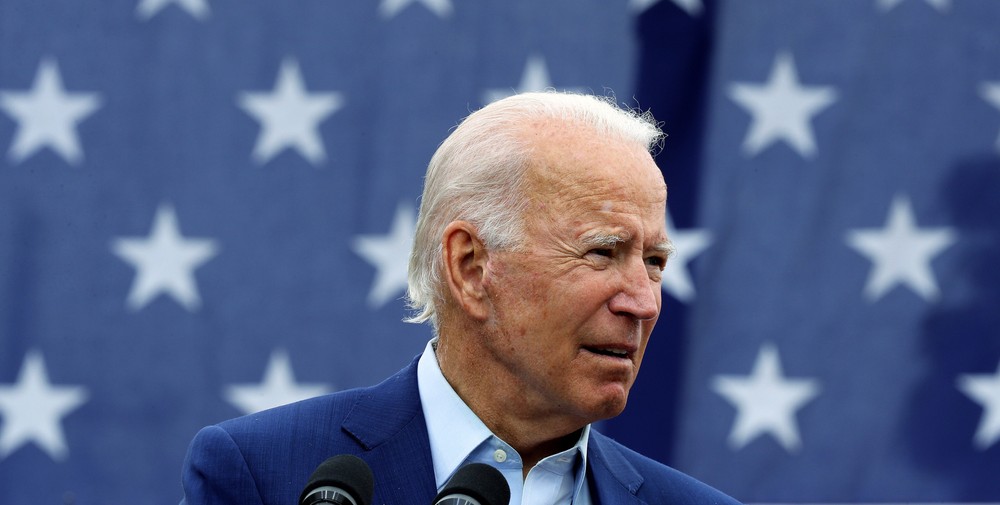 Joe Biden, like George H. W. Bush, lacks “the vision thing.” Don’t read that as though it’s a bad thing.

“[A] new administration has some six to nine months in which to achieve major changes; if it does not seize the opportunity to act decisively during that period, it will not have another such opportunity,” Milton and Rose Friedman wrote in Tyranny of the Status Quo. “Further changes come slowly or not at all, and counterattacks develop against the initial changes. The temporarily routed political forces regroup, and they tend to mobilize everyone who was adversely affected by the changes, while the proponents of the changes tend to relax after their initial victories.”

What comes as priority No. 1 for congressional Democrats? Conducting an impeachment trial of a president no longer in office.

The fact that Biden so early makes an end-around on the legislative process indicates a tacit admission that slim Democratic majorities allow for little in the way of an ambitious agenda in Congress.

Rand Paul, in forcing a vote this week on a point of order, exposed this as a fool’s errand not unlike the January 6 attempt to derail the certification of the Electoral College vote. “Instead of doing the nation’s work with their new majorities in the House, Senate, and the executive branch, Democrats are wasting the nation’s time on a partisan vendetta against a man no longer in office,” Paul said in the Senate. “It’s almost as if they have no ability to exist except in opposition to Donald Trump.” And as the 55-45 vote forced by Paul shows, no path to 67 exists for Democrats hoping to convict Trump. So why waste precious time on this pointless pursuit?

Minus their great unifier, this anti-party uneasily metamorphosizes into a governing party. Biden seems to correctly understand that his mandate from the people is not to have one. Though his party overflows with schemes and ideas, Biden lacks any strategy or urgency to implement them. Perhaps in the aftermath of such a close election, the people call for a caretaker president. And hopefully the president’s many caretakers understand this, too.

Biden’s chief legislative ambition involves passing yet another stimulus, a temporary shot in the arm that not only resembles what Trump signed in the last year but leaves no transformative, permanent mark. The president speaks vaguely of legislation involving climate change and racial justice. But he seems content to establish a legacy merely as the man who defeated Trump.

Politico reports that President Biden has begun assembling his wheel-spinning commission investigating the idea of expanding the U.S. Supreme Court. The body, which includes a Bush II administration official, makes its recommendations in six months. In other words, Biden wants to show his base that he does something at the same time he ensures that he does nothing.

Tom Carper of Delaware, and 38 Senate supporters, introduced a quixotic D.C. statehood bill. He reasons that “despite paying more in federal taxes per capita than citizens of any of the 50 states, D.C. residents have no say in how those taxes are actually spent.” (Do not they hold the greatest say?) The chances of this passing seem about as good as “Bitch set me up” becoming the 51st state’s motto.

Certainly liberals see Biden realize items on their wish list. But this comes about, thus far, exclusively through executive orders, which include reopening the Affordable Care Act exchange for signups, revoking the Keystone XL Pipeline permit, rejoining the Paris Climate Accord, and permitting transgenders to serve in the military. Though representing substantial change, these executive orders may last only until the next Republican takes the presidency. The fact that Biden so early makes an end-around on the legislative process indicates a tacit admission that slim Democratic majorities allow for little in the way of an ambitious agenda in Congress.

Deeply-rooted policy usually comes through the approval of the representatives of the people and the states, and it usually comes, as the Friedmans point out, in that first six to nine months of a presidency. Ronald Reagan signed his massive first tax cut within that window. Franklin Roosevelt instituted a bank holiday, established the Tennessee Valley Authority, Civilian Conservation Corps, National Industrial Recovery Act, and Agricultural Adjustment Administration all within his first 100 days. Several of the major legislative achievements of the Lyndon Johnson administration — the Civil Rights Act of 1964, Economic Opportunity Act of 1964, and the Food Stamp Act of 1964— all passed Congress within that time frame (though strong majorities on Capitol Hill and the national mood following President Kennedy’s assassination allowed the new president to extend his legislative winning streak all the way into 1966).

Administrations do not enjoy the luxury, to borrow a favorite phrase of Biden press secretary Jen Psaki (kinda-sorta like P. G. Wodehouse’s Psmith except not as funny or clever), of “circling back” on their policy agenda. It happens now or it probably happens never.