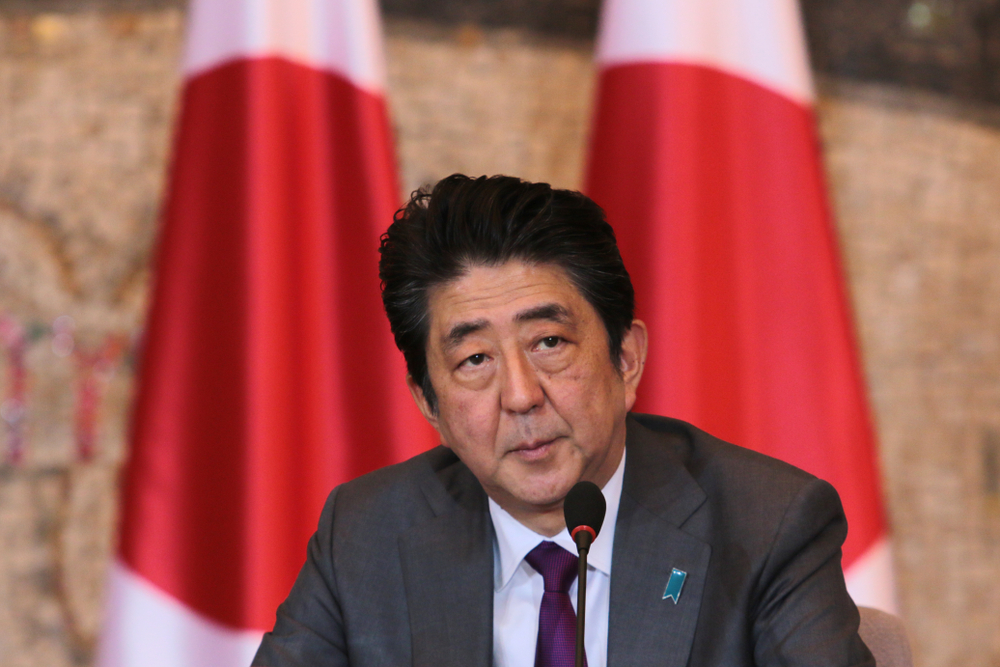 If there is a “gathering storm” in the Indo-Pacific, Japan’s former Prime Minister Shinzo Abe may be the Asian Winston Churchill. In an opinion piece in the Los Angeles Times on April 12, Abe called for the U.S. and Japan to end strategic ambiguity toward Taiwan. “The policy of ambiguity,” Abe wrote, “worked extremely well as long as the U.S. was strong enough to maintain it, and as long as China was far inferior to the U.S. in military power. But those days are over.” Abe wrote that the U.S. policy of strategic ambiguity “is now fostering instability in the Indo-Pacific region, by encouraging China to underestimate American resolve, while making the government in Taipei unnecessarily anxious.”

This is not the first time that Abe has proposed a change in policy toward Taiwan. In November 2021, Abe told Taiwan’s Institute for National Policy Research that an armed invasion of Taiwan would be a “grave danger” to Japan. “A Taiwan emergency is a Japanese emergency,” he said, and therefore a Taiwan emergency “is an emergency for the Japan-U.S. alliance.” Chinese leaders, he continued, “should never have a misunderstanding in recognizing this.” Abe made similar remarks in December 2021.

Abe emphasized that abandoning strategic ambiguity would not mean ending America’s or Japan’s “One China” policy, but it would make it clear to Chinese leaders that both countries would defend Taiwan if China attempted to take the island by force.

In February of this year, according to Nikkei Asia, Abe told a reporter on Fuji TV that the United States should end its posture of “strategic ambiguity,” and suggested the possibility of the U.S. deploying nuclear weapons in Japan. Both proposals would be counter to long-standing U.S. and Japanese policy, and they have been greeted by some with the same ridicule that Churchill’s prophetic warnings received in the mid- to late 1930s. The Taipei Times reported in March 2022 that Abe voiced concerns that China’s “new militarism” poses a danger to Taiwan and Japan. “[M]aking a commitment to the security of Taiwan,” Abe said, “will contribute to peace and stability throughout the region.”

On Fuji TV, Abe emphasized that abandoning strategic ambiguity would not mean ending America’s or Japan’s “One China” policy, but it would make it clear to Chinese leaders that both countries would defend Taiwan if China attempted to take the island by force. The current strategy of strategic ambiguity, Abe said, leaves open the possibility that the U.S. and Japan would not intervene if China attacks Taiwan. He also noted that Yonaguni, Japan’s westernmost island, is only 110 kilometers from Taiwan. Any Chinese attack on Taiwan, he said, would involve Chinese operations in Japan’s airspace above Japanese territorial waters and its exclusive economic zone.

China predictably has denounced Abe’s remarks about Taiwan. China’s English-language mouthpiece, the Global Times, called Abe a “right-wing” politician and a “political villain” who holds “deep hostility toward China” and referred to him as the “chief anti-China politician in Japan.” Abe, the Global Times writes, is instigating confrontation between China and Japan. It called on the Japanese government to “restrain the arrogant actions of anti-China politicians” like Abe.

In the U.S., Colorado State University professor Peter Harris, writing in the journal 1945, advises U.S. leaders to reject Abe’s advice, contending that strategic ambiguity combined with helping Taiwan bolster its own defense is the most prudent policy. Missouri State University professor Dennis Hickey, writing in the Diplomat, agrees that the current policy “will continue to serve American interests” better than strategic clarity. “Any change in the U.S. security commitment to Taiwan,” Hickey writes, “may very well prove disruptive to the dynamics of the U.S.-China-Taiwan triangle.”

The Biden administration meanwhile shows no signs of abandoning strategic ambiguity regardless of China’s recent belligerent rhetoric and actions toward Taiwan. In October of last year, when President Biden responded “Yes” to the question whether the United States would defend Taiwan if China attacked, administration spokespeople immediately walked back Biden’s unscripted comment (which is becoming routine for this administration). And Biden’s ambassador to China, Nicholas Burns, called strategic ambiguity a “time-tested” policy and the best way to prevent a war during his confirmation hearing.

Abe’s remarks about Japan hosting U.S. nuclear weapons will be even more controversial in both the U.S. and Japan. Already, Japanese Prime Minister Fumio Kishida, a native of Hiroshima, rejected Abe’s nuclear proposal as “unacceptable.” China accused Abe of “provoking trouble.” The Global Times called the proposal an example of “Japanese right-wing madness” and called upon the international community to condemn Abe’s remarks. The Biden administration has yet to comment on Abe’s nuclear-sharing proposal.