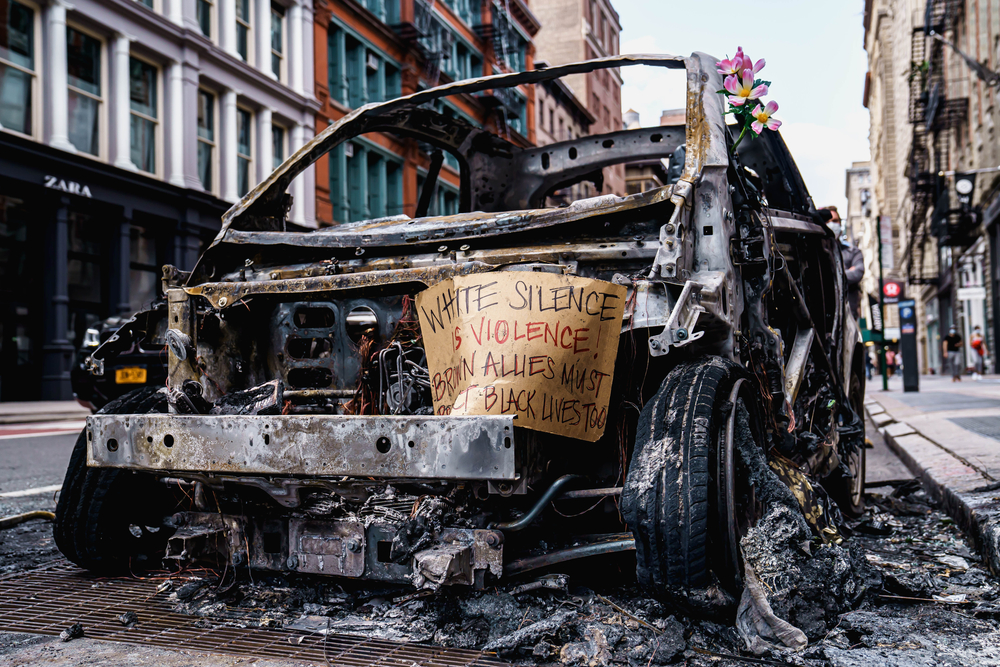 President Joe Biden released his National Strategy for Countering Domestic Terrorism on Tuesday. A fact sheet on the measure cautioned that narratives about election fraud, the Jan. 6 Capitol breach, and COVID-19 “will almost certainly spur” extremist groups to engage in domestic violence this year.

Biden remains fixated on the events of Jan. 6 — for good reason — and apparently oblivious to the violence committed during “social justice” rallies — for no good reason — over the summer of 2020.

A Department of Justice website lists the status of more than 500 individuals arrested on various Jan. 6 charges, such as “knowingly entering or remaining in any restricted building or grounds without lawful authority.” Nearly 50 of the criminal complaints include weapons charges. FBI Chief Christopher Wray told the House Oversight and Reform Committee Tuesday he thinks the weapons included at least one firearm.

There is no similar page for those arrested during the 500-plus riots that occurred in U.S. cities in the heat of 2020 following the death of an unarmed George Floyd during an arrest by Minneapolis police. Activists tried to torch federal courthouses and other federal buildings in Oregon and Washington. Those riots also were an attack on the U.S. government.

A number of individuals charged for their role in the Jan. 6 Capitol breach are being held in solitary confinement as they await trial.

How many? Wray couldn’t specify when asked Tuesday, other than to offer there were “hundreds of investigations.”

The Biden DOJ has announced plea deals — “deferred resolution agreements” with individuals willing to cut deals to end the nightmare of federal prosecution and hopefully avoid jail time. They’re the smart ones.

Politico reported Monday on a plea deal with a Virginia couple charged with entering a restricted building, as well as disorderly conduct and demonstrating in a Capitol building. The couple pleaded guilty to one misdemeanor charge and agreed to pay a $500 fine each.

Don’t expect the same follow-through for progressive protests turned bad. Authorities charge offenders, but usually nothing really happens. In part, that’s because Antifa types often wear masks that hide their identities and don’t post their antics on Facebook or Twitter, as did Virginian Jessica Bustle.

The Trump base has pointed to social media posts to bolster the argument that those who marched into the Capitol didn’t realize they were breaking the law. Loyola Law School Professor Jessica Levinson called that a “not very sharp” defense.

Sorry, Levinson told me, but when people walked past the barriers, they became “more than just trespassers.” They were there to compel members of Congress to flout their constitutional duty to call the Electoral College for Biden “because they were feeding into a lie” — that former President Donald Trump somehow won the Electoral College.

One little suggestion: Save some of the indignation directed toward Jan. 6’s worst offenders for those who used “mostly peaceful protests” to spark riots, loot stores, punch police, and assault government buildings. As Rep. Jody Hice, R-Ga., noted, “Anyone breaking our laws should be held accountable, which is what we refer to as equal justice for all.”

Ask average Americans which they fear more, Jan. 6 versus June 2020, and the answer likely is: 2020, or violence in their own hometown.